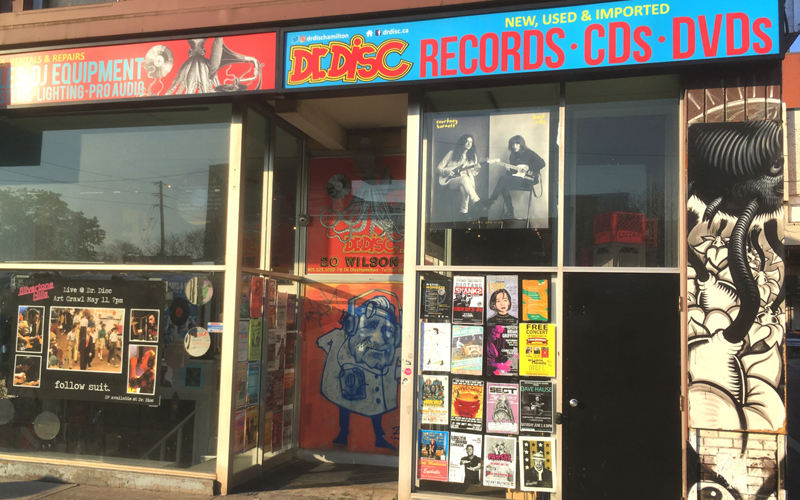 And you may ask yourself, well / How did I get here?

David Byrne wrote these lyrics in a tongue-in-cheek way for the hit single from the seminal Remain in Light album from 1980, but they somehow resonate with my journey - and that of my music store, Dr. Disc - over the past 27 years since its opening in downtown Hamilton.

Back in 1991, Dr. Disc was a small London-based chain of family-owned and operated indie record stores undergoing expansion, and that was the year the Hamilton location opened. The store was more or less just a solitary entity existing within the bleak, dilapidated downtown retail landscape, but had a punk rock attitude: we sold bootlegs; opened on Sunday before it was legal to do so; had “pop-up” concerts when that term didn’t even exist - and neither did anti-noise bylaw exemption permits as far as we were concerned! Nothing was crawling down here except creatures you had to pay to get rid of.

Dr. Disc wasn’t just a store anymore. It had grown and matured organically into a safe, inclusive space; a birthplace of discussion and ideas; a live music venue; a meeting place; a Hamilton resource for visitors; and, as my friend Luke Bentham of the Dirty Nil recently described it, “a musical incubator.”

Over the years, we allied ourselves with like-minded shit disturbers (and I use this term in the most positive, complimentary way!) which included Sonic Unyon who were - and still are - very stubborn and aren’t going anywhere. Lifers. Too dumb to quit as I often say.

Fast forward to the late 2000's, after 15-plus years of apparent stagnation downtown. It still had a “dangerous” reputation as a place to drive through quickly on one-way streets designed for just that. But while the physical and visible nature of the ‘hood hadn’t changed much (at all?) during this time, what had changed was that a core group of businesses that were in it for the long haul had matured both in their scope and vision. 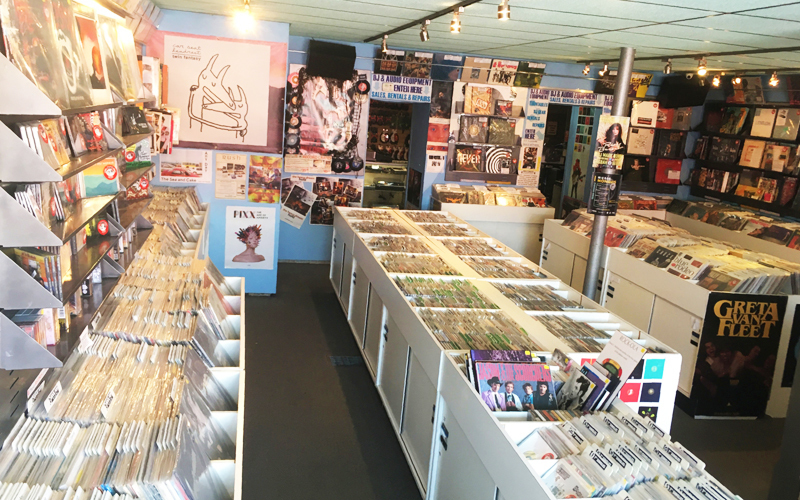 Dr. Disc wasn’t just a store anymore. It had grown and matured organically into a safe, inclusive space; a birthplace of discussion and ideas; a live music venue; a meeting place; a Hamilton resource for visitors; and, as my friend Luke Bentham of the Dirty Nil recently described it, “a musical incubator.” In time, Dr. Disc had taken on a life of its own and embedded itself in Hamilton’s cultural mosaic.

It is this maturation process that carried with it the seeds of change. An informal network of individuals with the city at heart using their businesses, art and entrepreneurial spirit to fuel the so-called Hamilton renaissance through sweat equity, determination and perseverance in the face of nay sayers with little or no help. And I am proud that Dr. Disc has played a role as a catalyst that has in part helped drive this transformative  process.

Perhaps, upon reflection, the process of how we arrived isn’t as important as the fact that we are indeed still here. And that here is Hamilton.