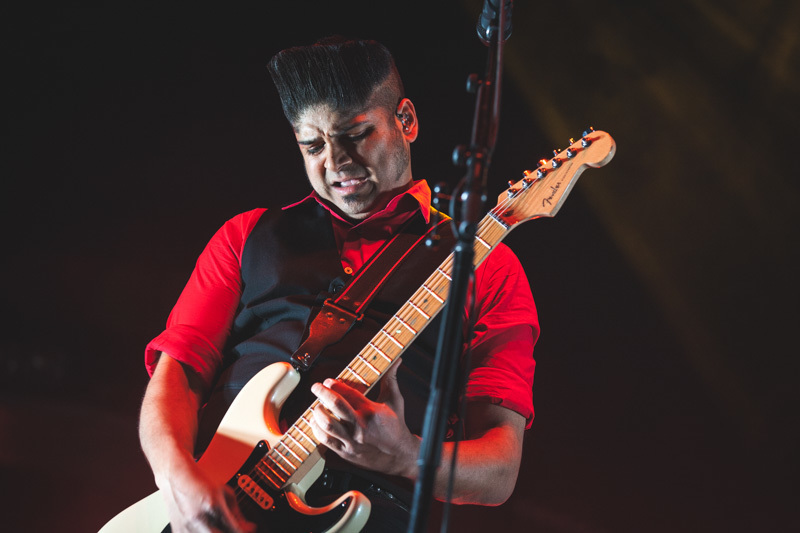 On Saturday evening, Hamilton had the home field advantage. Tim Horton’s Field is tucked into the residential east end, between an industrial skyline and the green escarpment – the two extremes of Hamilton geography, and so a fitting spot for the stadium. THF is good for more than just football games. It’s a game-changer to have an outdoor stadium venue right in our own backyard as you don’t have to travel outside of the city for that kind of concert experience.

Supercrawl and the Hamilton Tiger Cats co-presented the first full-scale concert at THF since 2014 - an epic rock show headlined by Billy Talent and featuring Danko Jones, Teenage Head, and Rules. They now join the elite ranks of previous performers at this very site: Pink Floyd (1975), Rush (1979), and The Tragically Hip (2012). The concert was also the first event hosted by the West Side Studio at Tim Hortons Field, turning the space into a smaller, 7000-capacity, west-stand venue - not a bad seat in the house.

The evening had a festival vibe, with the four performances stretched out over six hours. The gates opened at 5pm with local band Rules taking the stage promptly at 5:30pm. I can’t think of a better local band up for the task of starting the show - Rules’ hard rocking riffs and raspy screams of vocalist Ben Rispin (formally of Saint Alvia fame) set the tone just right.

Hamilton is a notoriously late crowd; it took a while for the stands to fill up in their entirety. But it was awesome to spend the whole evening there - stroll around, take in the sunshine, and grab some beers in between the bands.

The legendary band Teenage Head is a vital part of the birth of Canadian punk rock. “Can we have too much fun tonight? I don’t think so!” shouted vocalist Dave Rave before the band began “Some Kinda Fun.” It’s impossible not to groove to Teenage Head - fans were on their feet in the stands as well as those rocking out on the floor. Partway through their set, Dave gave a warm Happy Birthday to former lead vocalist, the late Frankie Venom, adding that Frankie was a huge TiCats fan. Dave later dedicated a song to our beloved TiCats, declaring that they will bring back the Grey Cup, “I can feel it!” he shouted, before launching into what will always go down as a classic Hamilton anthem, “Let’s Shake.” 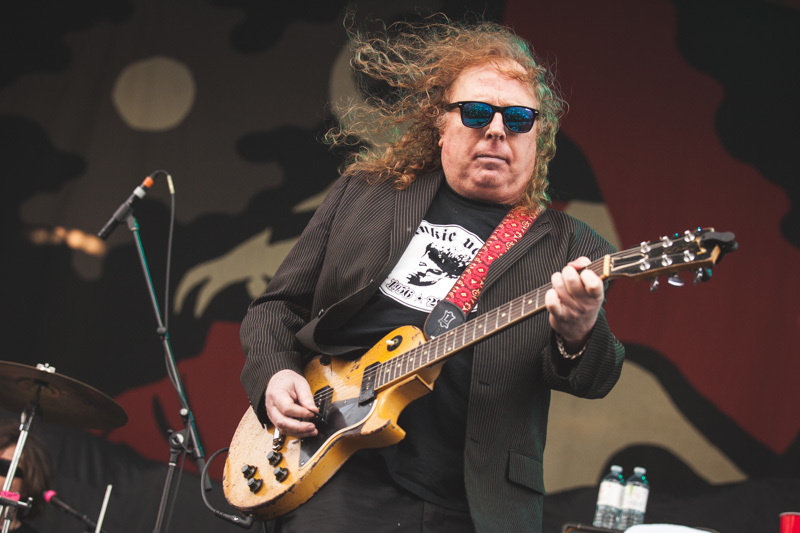 Next up was the macho rock of Danko Jones, with the eponymous Danko leading the charge with his characteristic bravado. “We may be from Toronto, but this is where we got our start,” he said to the crowd, acknowledging Hamilton label Sonic Unyon for releasing their first record. Each band who played also graciously stated what an honour it was to share the stage with Teenage Head.

By the time Billy Talent was up, the sun was down and the stands were fully packed. Energy was high as the four-piece walked onstage. The band has been together for an impressive 25 years. Their music was made for an arena setting - the show was high voltage from start to finish as they ripped through their killer discography, taking full command of the stage.

Nostalgia was in full effect as I found myself knowing the words of every track from Billy Talent’s 2003 self-titled debut. Hearing those older tracks took me back to seeing them play Edgefest when I was seventeen. The songs continue to hold up. Before playing “Nothing to Lose” vocalist Benjamin Kowalewicz talked about the importance of treating each other with kindness and love, something we need now more than ever.

The hometown connections continued with Jordan Hastings of Say Yes/Alexisonfire as part of Billy Talent’s lineup. Ben noted that Jordan was born in Hamilton before saying Hamilton is “producing the best bands in Canada right now,” citing The Dirty Nil, Monster Truck, and Arkells. Jordan has been filling in for drummer Aaron Solowoniuk who is battling MS. The crowd showed so much love for Aaron when he joined in for “Surrender” off their second album. There only hiccup occurred when the fire alarm went off. Ben had to tell the audience to clear out before he received word that it was a false alarm, and then laughed when introducing the next song, appropriately titled “Surprise Surprise.”

Later, Ben dedicated the single “Louder Than The DJ” to the other bands on the bill, who “believe in the power of rock’n’roll and so do you!” They also played a crowd-pleasing encore of “Fallen Leaves” (I saw two dudes high five in excitement over the song) and, of course, their first hit “Try Honesty.” Ben then thanked the audience for coming, noting that it takes bravery, with everything going on in the world. He spoke about believing in the power of love, and it was clear from this shared experience that there was a lot of love and positivity in the air.