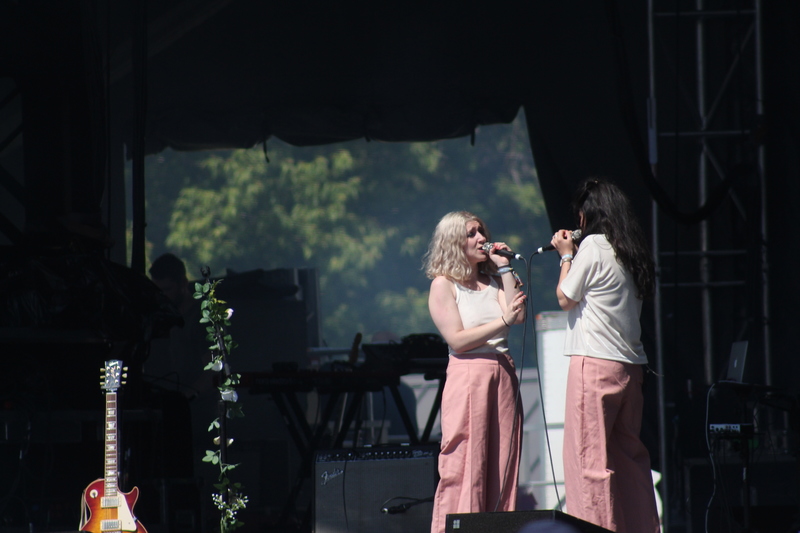 For a first time field-tripper, this weekend was filled with high expectations that were exceeded seamlessly. Fort York was home to the talents of many local and internationally credited artists sharing the same stages and the same positive crowds. The two day festival did a great job with keeping the energy alive and maintaining amenities such as water and washrooms that can sometimes feel like they’re lacking attention. Two stages were filled with the likes of incredibly diverse artists, play zones maintained a healthy atmosphere for families and kids of all age levels, and there was even an awesome concert photography exhibit as well as a live mural painting by the lovely Sarah Cannon for Apple Music.

On day one of the festival, I caught Overcoats and had the chance to chat with the lovely and talented Hana and JJ after the show. Filled with positive vibes and glitter galore, we chatted about girl power in music, the inspiration behind the album and how the journey as been for them becoming internationally recognized artists. Their music is filled with hope and healing and quickly became something increasingly relatable for me as I was entering a new stage of my life after graduating from McMaster. The album is about change and growing up while still being young and enjoying the course that life puts you on.

Their friendship is only one of the many complementing qualities of the duo and their unyielding support for both each other as well as other women in the industry is truly inspiring. On stage they started with a brief moment of silence where they held hands and stood inhaling the energy that the the crowd had brought. I think a moment like this is special for musicians like Overcoats to really take in the space that they’re in and be mindful of what they were about to do. With an album as fresh as YOUNG, it’s not always expected for everyone in the crowd to be able to sing along so confidently but the fans were dancing and singing the songs word for word which was incredible to be a part of. You can listen to our full interview below.

After the interview, I was able to see the last few songs of indie-folk group Joseph. These sisters are touring with Overcoats for some shows and they absolutely kept the girl power alive on the Garrison stage. Royal Canoe hit the Fort York stage shortly after with a solid set featuring a surprise appearance by Begonia who sings on their brand new single Fussin’. Tei Shi followed with smooth R&B inspired electro-pop tracks from her latest album Crawl Space that came out this May.

Portugal. The Man, a clear crowd favourite, rocked the park playing classic sing-a-longs like Atomic Man, Red Yellow Red and Blue, Modern Jesus, and more. I’m still anxiously awaiting a new album, even more-so now with the release of their single So Young last week. This performance was full of honest fans and lots of dancing. A Tribe Called Red, Broken Social Scene ended off the day concluding day one on the best possible note it could. 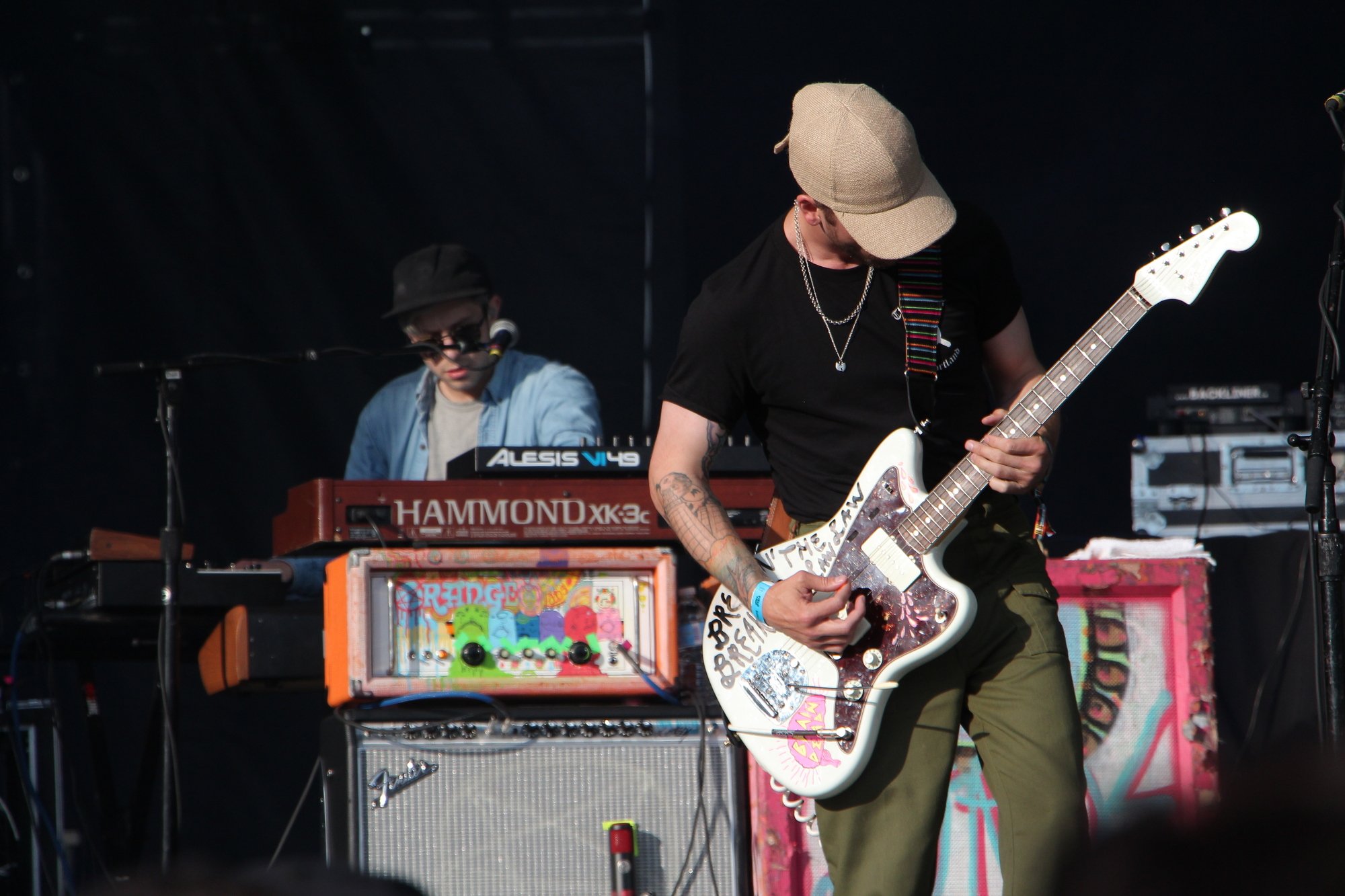 For day two, I started my festival fever off with Hannah Georgas, who filled my eager ears with smooth vocals and intense range. Her voice truly is beautiful and one to watch for if you haven’t heard of her before. After that, James Vincent McMorrow exceeded my expectations from the surprise release of his album True Care. He emphasized how natural and organic this release came about with a unscripted and straight off the floor set, complete with him ditching the mic at one point and belting the lyrics to those of us in the first few rows.

I caught a bit of Feist's packed show while she jammed out to tunes both new and old, and then hit up the Fort York stage for Thundercat. This band is crazy fun with an appearance as lively as their sound. Stephen Bruner is a bassist that continues to blow me away. BadBadNotGood hit the stage like a real life crescendo with eclectic sounds and an appearance collab with high school pal and vocalist Charlotte Day Wilson. Alexander Sowinski worked as a hype man keeping the crowd moving the entire set and as always Leland Whitty, as well as the rest of the band, kept the tunes roaring until the point where everyone was screaming for more.

The weekend’s finale was rightfully crowned to Phoenix who brought a wild party filled with all the lights and action. This ‘Field Trip’ was definitely worth the trip to Toronto and stood as a nice pre-festival prep for the upcoming Sound of Music happening June 10-18th in Burlington!