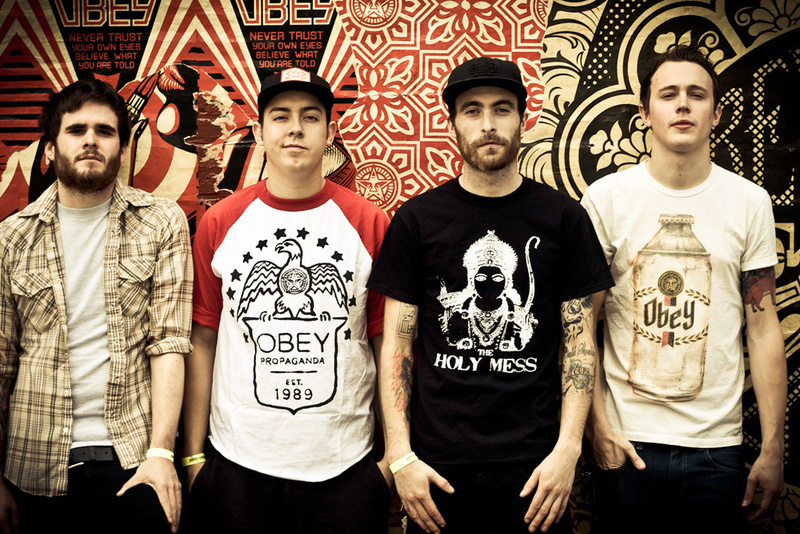 For the last year, I’ve been craving a night reminiscent of my teenage punk-obsessed show-going days,  before school and part-time jobs occupied most of my life. So, when I heard The Dirty Nil and The Flatliners were playing at Absinthe, I knew I had to go. Absinthe, known not only for live music events but also for its famous weekly Motown night, was perfect for this size of a show. The venue was packed with a couple hundred enthusiastic, rowdy fans, but with its low stage maybe just a couple of feet off the ground, it felt small enough to be slightly intimate.

I first saw The Dirty Nil play when they headlined a small, underground venue in the small town of Streetsville, Mississauga. At the time, I didn’t realize how big they were going to get. Within the next three years the band would go on to play at major festivals like Warped Tour and Riotfest, and tour with similar artists like Alexisonfire, Monster Truck, and Billy Talent. They have a steady and loyal fan base here in their hometown of Hamilton: I arrived just before their set and was surprised at how packed the place was. After seeing them perform, it’s not difficult to see why they gained such a big following. Their vocalist sings with an impressive range while still retaining a gritty, slightly raspy sound, contrasting very well with their raw, overdriven guitars. They played a fast, loud, and noisy set, and I don’t think anyone there expected any less.

I was lucky enough to score a spot close to the stage for The Flatliners’ set. Their sound has come a long way from the fast, raw, and syncopated ska-punk sound they employed when the Toronto band first broke into the scene. Touring to promote the release of their new album Inviting Light, their new album retains the high energy of their punk rock roots but also presents a smoother, refined sound, a sign of their development as band.  Standing near the front of the stage, you could see just how much the crowd loved the music and the scene – the energy from both the band and audience was infectious, and even without knowing much of band’s newer content you’d still rock out and enjoy the tunes. Their setlist comprised of a contrasting mix of sing-a-long melodic rock songs from their latest album and their older, faster, rougher content. Even though their latest album was released just last month, a sizeable number of fans already were already shouting the words to their new songs.

Flatliners ended their set with one of their older songs I was really hoping to hear that night, and encored with another old song from their ska-punk era. I couldn’t have been more thrilled to hear songs from the albums that really made me love them in the first place. By the end of the night I had been fallen on, almost knocked over multiple times, had my foot stepped on so hard I cringed, and taken a shower in sweat and beer (seriously, why do people bring drinks into the pit?). Each of the bands played a rocking set and all in all, it was a great show.