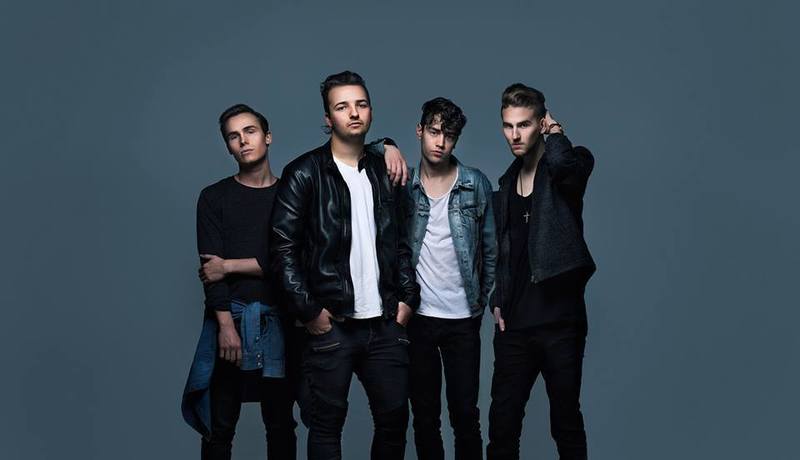 Mount Farewell was a band that I first saw on McMaster’s Battle of the Bands stage as a young group with a lot of heart. Just last year, the band hadn’t made it to the finals for the competition but I quickly realized after being introduced to their debut EP, that this competition had overlooked some incredible talent. Mount Farewell is rising quickly as one of my new favourite up-and-comers here in the Hamilton/Burlington area. Not only are they humble and inviting as people, but they blew me away with tracks that I don’t think any of us saw coming.

After attending their EP release party last weekend and watching the tracks that had been stuck in my head come to life, it was clear how hard they’ve worked in the past year; and it’s paid off. With electric synths and The 1975 vibes, these songs had no problem getting the entire room dancing as if we were at a house party with a few dozen of our closest pals. Love Letter Home is a release that no indie-pop music fan can pass up, as it’s easy listening and catchy melodies are truly thriving on our airwaves here at CFMU.

The song Town held me grounded in a means where I felt like I could understand the band’s journey and how they got to the brightly lit stage in front of me. Contrasting this track’s mobility and intensity, Run Us Down demonstrates a maturity for the band. It’s refreshing to see them make this transition so seamlessly to a song with obvious depth.

What appears to be the band’s single, Like It That Way is full of contagious energy that you can’t contain without tapping your toes and smiling along. It’s a fun track that pushes their pop energy into the limelight.

Even down to the album art and the carefully packaged EPs they distributed in wax-sealed envelopes at their release party, you can tell this band has it’s headlights on and they’re only getting started. Take my word, you’re going to want to keep your eyes peeled and ears open for Mount Farewell.