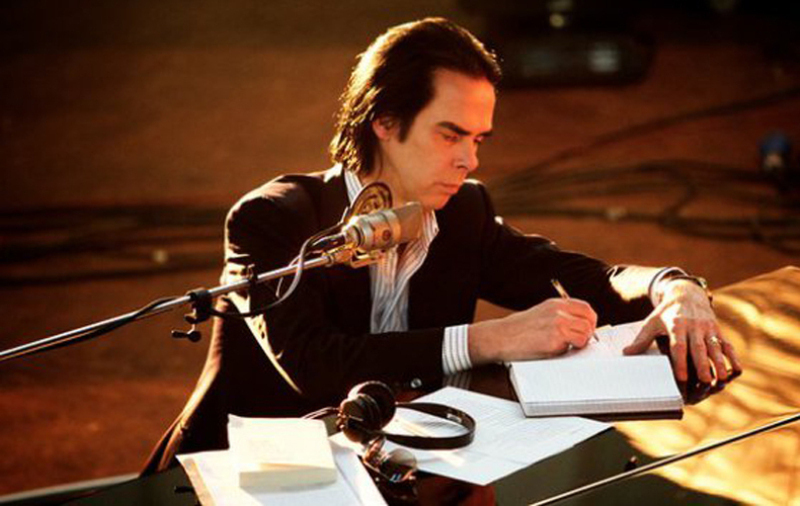 When I think of artists like Nick Cave I often wonder to myself how artists like him push the boundary to create tunes that makes me think of all the evil in the world. Nick Cave has made his mark in musical history for his song writing style that always seemed to revolve around death and the atmospheric post-punk sound that convinces me, Cave is the grim reaper himself. However, his album Skeleton Tree involves Cave dealing with death within his own family. For those unaware, in the summer of 2015 Nick Cave’s son Arthur Cave tragically fell off a cliff and died at the age of 15. This album, in my opinion, is the manifestation of Cave’s mourning which he decided to make something out of it. The end result is a slow and emotional battle with Cave dealing with the tragedy and his mourning.

The album opens up with the bleakest track “Jesus Alone” with a droning synth that makes it sound like Cave is alone, isolated, in some bleak place where no one can hear him. Cave opens up the album with describing the circumstances in which his son passed away:

You fell from the sky

Crash-landed in a field

Near the river Adur

This verse sets the tone for the rest of the song as Nick quotes biblical verses of Peter describing the withering away of people like that of grass, and Nick finds himself calling for his son, much like someone begging for god but never getting an answer. Despite his cries for help and his belief in god, he isn’t getting any special treatment; neither he nor his son will answer him back. Cave is truly alone and Jesus has left him alone.

“Rings of Saturn” a song that is as cryptic as the planet itself paints, in my opinion, the tensions between Cave and his Wife after the tragedy. The song starts out with Cave describing a spider web that he finds himself caught in becoming a slave to her misery as she blames the loss of his son on him. The hook of the song:

And this is the moment; this is exactly what she is born to be

Nick paints his wife as a caring mother and she’s failed as a mother and blames it on Cave asking him “Are you still here?” trying to push him away further from any involvement in her life. This very well could have been something that occurred during the mourning process but it is a beautiful song that creates the imagery of where Cave feels the burden of being responsible for the death of his son.

The whole album Cave discovers death for the first time and the real implications it has...

Another song I feel is worth highlighting is “I Need You” many of the songs on the album I’ve highlighted are very cryptic in their song writing but I feel it best describes the emotions of mourning there is no real way anyone but you can understand the emotions of it. In “I Need You” Nick calls out for his family to support him, and for his son Arthur so life will be back to normal. He sees a woman in a red dress that catches Nick’s attention but it doesn’t matter because when the one he loved passed away nothing else matters. His woman has a romantic interest in Cave but because of the tragedy in his life, he is simply not interested. He admits to his other sons that despite him always trying to be there and protect his sons he cannot always be there to protect him. The whole album Cave discovers death for the first time and the real implications it has and the way it changes his behaviour with god, his wife, and his family.

Skeleton Tree sees cave stripped down to the bones in attempting to deal with the depression of his sons passing. Nick’s song writing has always dealt with death but Nick Cave deals with the instability it brings to his own life and his families in this project. Some songs like Distant Sky are a little forgettable but the album overall is strong. It is a dark project that attempts to see the light in the lowest of points someone can ever find himself or herself. This is a beautiful project that I would absolutely recommend but recommend listening to it preferably alone in your room with the lights off, and when you aren’t in a public place where no one can see you cry.