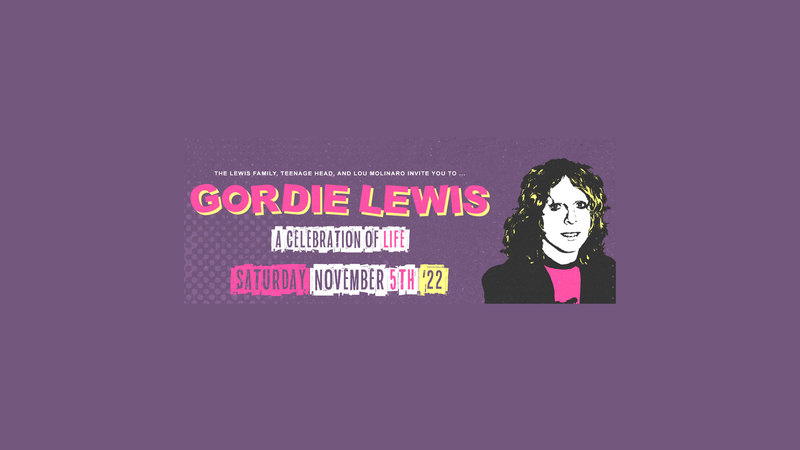 To commemorate the lasting contributions of the Teenage Head guitarist - Gordie Lewis after his tragic death on August 7th of this year, Gordie’s family, friends and bandmates have prepared The Celebration of Life. This coming Saturday on November 5th at FirstOntario Concert Hall, the surviving core of Teenage Head including Steve Mahon (co-founder and bassist), Dave “Rave” DesRoches (lead vocalist) and Gene Champagne (drummer) will set the stage for two consecutive sets of the show.

The show will also feature Gord’s friends who will join on stage to acknowledge the 47 years of commitment as the Teenage Head guitarist:

The concert admissions tickets are offered at $10 each (including fees and tax) and can be accessed here. Any proceeds will be going to Good Shepherd, Lewis family’s charity of choice.