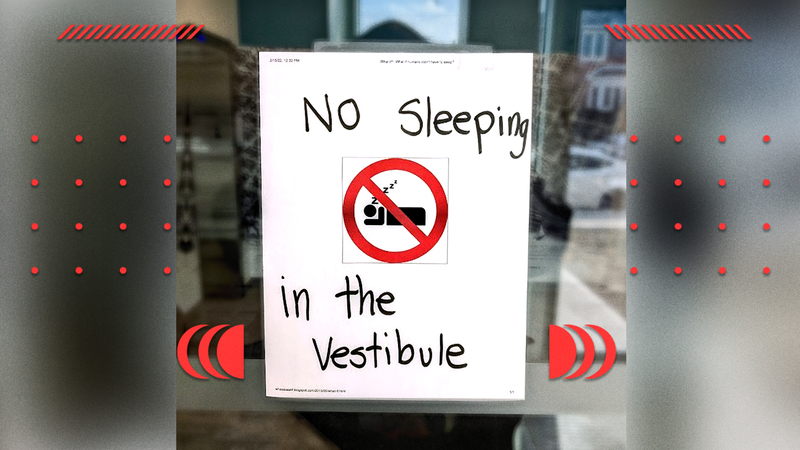 I live in a subsidized apartment, paying $550 a month for a new-build one-bedroom in the city’s quickly-gentrifying North End. The building is attached to Indwell, and as a result, they have a community worker on site three days a week. Indwell, and their private/public partnerships, are considered the solution to the housing crisis in Hamilton by all levels of government, including the Prime Minister on last year’s campaign trail.

To say good things first: I am safe in this apartment. It gives me enough space to work, and is comfortable enough to live in. Before I had this place, I lived in more than ten places in seven years. They were places that had mold, or were falling apart, with broken windows, failed locks, hostile roommates, and absentee landlords. To be healthy, especially considering my often tenuous mental health, requires the kind of stable housing Indwell provides.

Frankly, it feels like I have to be thankful for the stable housing. To say thank you before any critique happens. The apartment itself is great – well-designed and well-constructed. The people who have worked in this building are kind and seem genuinely concerned with helping people. I can imagine staying here for a while, which is something I have never thought about an apartment in my seven years living in Hamilton.

It is not too stable, though. It is a rental. I have become more and more convinced that the only way to make people less poor is to allow them access to capital. It seems to be an obvious solution – if someone is lacking a vital human need (clothes or housing or child care or transportation) the best way of making sure that they will not need it in the future is to give it to them in the present. Rentals are temporary solutions. Because of COVID, there is no tenant's council, and the system is run as a landlord/tenant organization which reflects the traditional power structure. There is nothing radical in Indwell.

I have been thinking a lot about that in the last few months. In short, I think that Indwell fails at providing housing for the most vulnerable. Some of this is abstract. There are not enough shelter spaces. We have all witnessed the police dismantle the encampments over the last year, and listening to the people in those encampments, we have been told that there is not enough space in the shelters for people in the encampments. Even if there was enough room, the shelters are not safe places for people with mental illness. There are supposed to be non-profits (such as Good Shepherd, for one) who are in charge of working with less housed people.

Indwell is supposed to be an organization that prevents people from going into the streets. I think that they are mostly successful at this. Still, spending more than a year at this Indwell location, I can see where the threads are showing. A few months ago, there was a person who had a significant mental health crisis. The cops would come, take her away, and she would return. This happened a few times, and eventually the crisis got so bad that the person in question did significant damage to her apartment. The person ended up leaving her apartment, and Indwell brought in executives to listen to the residents of the building. The whole space has felt destabilized since then; not exactly unsafe, but unstable, and vulnerable. There is a split, I think, between people who have been poor, and thus more likely to encounter the police as a problem and the social workers, or professional helpers, who are in the same social and political position as the police.

I have more evidence for this thesis. In the last few weeks, a person has been sleeping in the vestibule of my building. Cops are called, and he is brought to a hospital, or one of the shelters, and then the next day, or a few days later, he is back in the vestibule. Even at the most cynical and most radical, we can argue that the police are for maintaining the social order – for hiding disabled or poor people away. At the least cynical, it can be argued that the police are supposed to help the most vulnerable. They have failed at that as well. The Hamilton Encampment Support Network has been called. The advocacy and material help that they provide is invaluable, but they help with encampments and not individual persons. A city worker was called, and they came down. The person cannot move, and does not want to live in the cold or the rain; it is not safe for them, and so the city worker fails. There is no space for them at one of the three or so shelters within a 20 minute walk — no space at the Salvation Army, Scott Mission or Good Shepherd. Talking to another tenant, they note that there is one empty apartment upstairs, but what about the waiting list? The hundreds of names that this guy would skip over by going into an apartment which might not exist.  He has been a topic of conversation, and some of that conversation is that some of my fellow tenants have not been kind to the man, including possibly kicking him. The office put a sign up that says “no sleeping in the vestibule.” The person was not sleeping in the vestibule for a few days, but he returned. Then, after more meetings, two more signs, and workers from Indwell at the front office until nine or ten in the evening, I haven’t seen the rough sleeper since.

It’s not that I am surprised at this person sleeping in the vestibule of a low-income housing building. It’s that I am surprised I didn’t happen sooner. I wonder if this is not an accident—that the systematic disavowal people is on purpose, that the policing of poor people is on purpose, and that no matter how much we think of Indwell as an idyllic solution to solve poverty, it is no better or worse than any of the other stop-gap, ad hoc solutions that lead to people sleeping in vestibules.

I think Indwell is doing the best they can do with limited resources. I think that they are providing housing for people who would not have housing otherwise. This is to be lauded. That, money for housing and for resources, has been shut off for so long that this model becomes the only solution. This suggests a lack of imagination, of resources, and care. It feels like Indwell’s model is aimed only at people who need a certain kind of help, people on a certain strata. Because of lack of resources or tightness of mandate, or maybe because of their relationship with community partners, they cannot help those below that strata. This is not Indwell’s fault. It’s the market’s fault, and considering the real estate affordability crisis, plus the developers who fund the city council’s complacency in this crisis, Indwell is expected to clean up more messes than perhaps they should be.