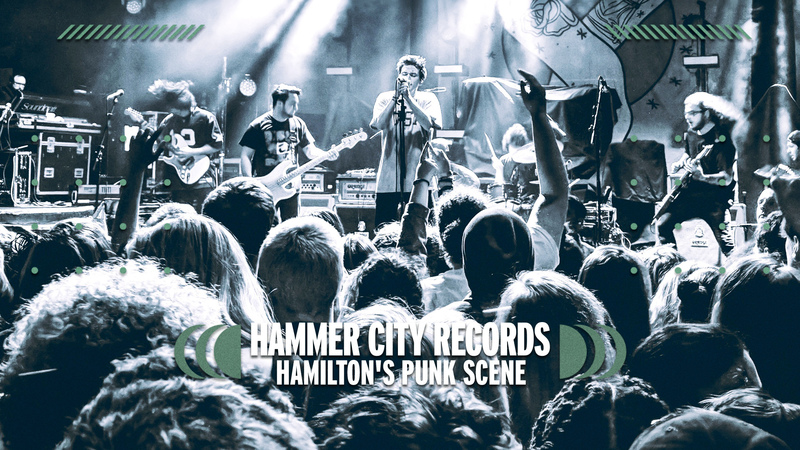 The miniscule nature of Hamilton's punk scene is both a blessing and a curse. Seeing familiar faces at every gig means that there is never a dull moment, but sharing one drummer between fifteen bands can feel like a bit of a stretch at times. With a group of miscreants this small, it doesn’t take long for a sense of community to form. Every gig is put on by someone you know, and you can attend alone because you know you’ll be greeted by half the people there.

During the start of the pandemic, losing the ability to attend gigs and mingle with other people in the scene really, really sucked. The local punk record store, Hammer City Records, stayed in business with curbside pickup and solo shopping, but with their income mostly based on money made from the gigs they hosted, it was no secret that they were struggling to stay open. When the shop was finally forced out of business by the landlord (to make room for an airbnb), several locals came together to raise a couple bucks for a new location. Punk City, a local art collective and music programming hub, auctioned off several art pieces from artists that frequented or played the shop. New items from different artists were auctioned off for six weeks in a row, and nearly $1,500 was raised for a new location. In addition to this, a small cassette compilation featuring local bands was released, and all profits from this were donated to the shop.

Local artists, punks and those with a connection to the shop overcame a multitude of obstacles, and managed to raise a significant amount of money for the shop we all care about

Initially when the shop closed, there was concern that without the ability to put on benefit shows, no money would be raised for a new spot. However, local artists, punks and those with a connection to the shop overcame a multitude of obstacles, and managed to raise a significant amount of money for the shop we all care about, in our own Do-It-Yourself style. Today, the Hammer City crew is waiting out the rest of the pandemic, and aiming to reopen when things cool down.

The Do-It-Yourself attitude is essential to punk music. Venues don’t typically like booking punk bands, and record labels know that this type of music is far from profitable. Therefore, in order to survive, we have to book our own shows, release our own records, and plan pretty much everything ourselves. Although this can be a pain sometimes, it truly strengthens the community and keeps the scene exciting.

When I first started going to shows, the lack of structure and overall lets-just-wing-it attitude seemed ridiculous! From playing gigs in the middle of a field with a generator or writing and recording an entire demo in three hours, punks never fail to surprise me. In this scene, there's never a plan. Just a mutual understanding that if things go south, there will always be a dedicated and helpful community to fall back on. The strength of this community is something that has been tested, especially during the pandemic, and the overwhelming support for Hammer City Records is just one way this has manifested. The punk scene in Hamilton is tiny, but it feels like a small town within a big city. Everybody knows each other, and someone is always willing to help out. 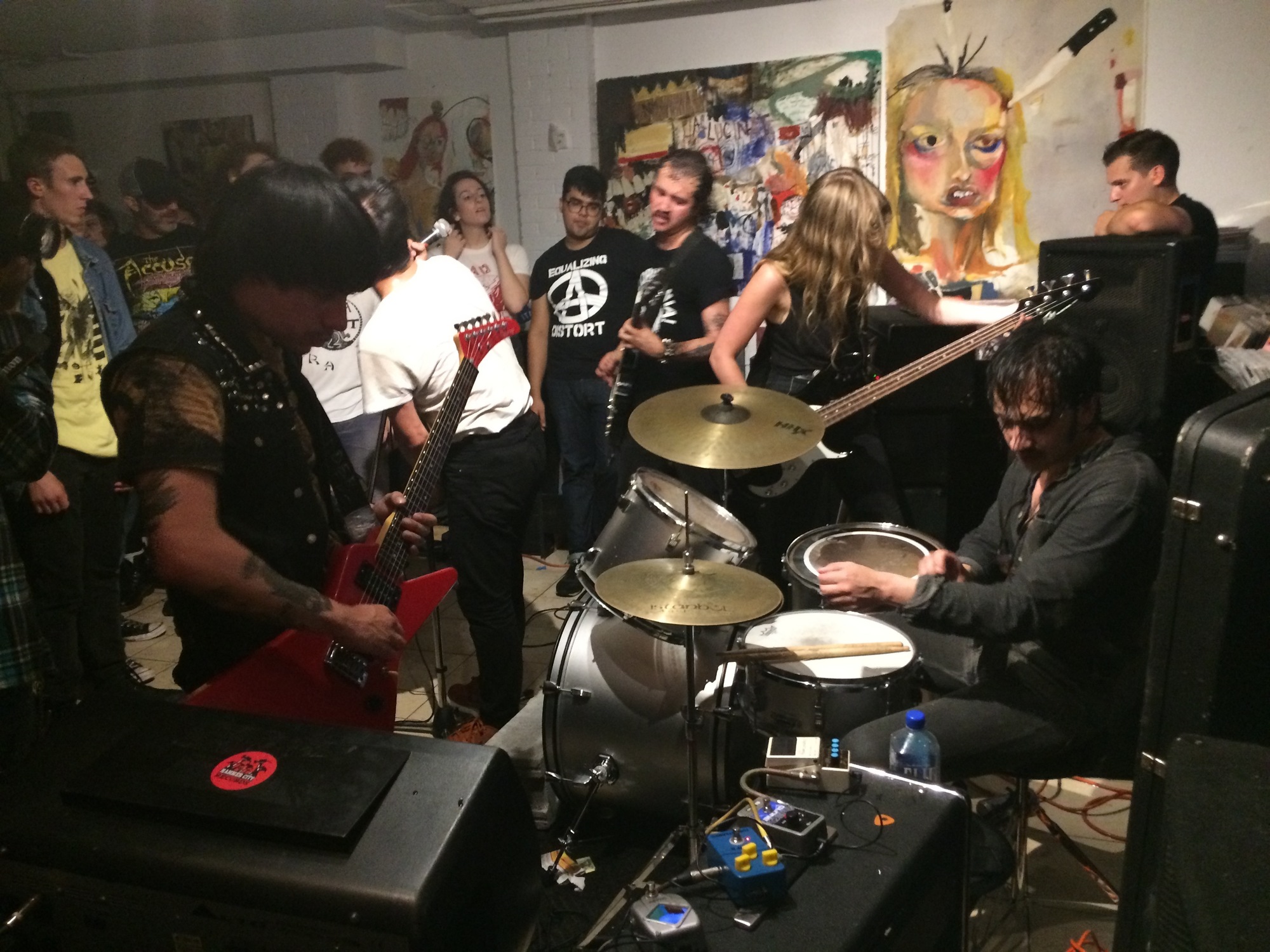 PRE-PANDEMIC GIG IN HAMILTON, ON [PHOTO PROVIDED BY ZACHARY MARETZKI]

With the looming threat of gentrification, support in this community is more important than ever. It is no surprise that Hammer City Records was pushed out of their James Street North location. Even the homeless shelter is being moved to the east end in the next couple years, to make room for wealthy Toronto-based restaurant moguls, looking to reap as much profit as possible in Hamilton, while raising rents and contributing little to the community. Hell, in ten years we’ll probably all be living in Brantford.

Although I truly despise the idea of Hamilton becoming a little Toronto, I do appreciate how these circumstances have revealed the deep community roots that still exist in this city. When Hammer City Records does reopen, I predict they will move to the east end, where rent is more affordable and when life finally resumes unfettered by the pandemic, I suggest you come on down and see what it's all about for yourself. Hell, maybe even come to a gig.