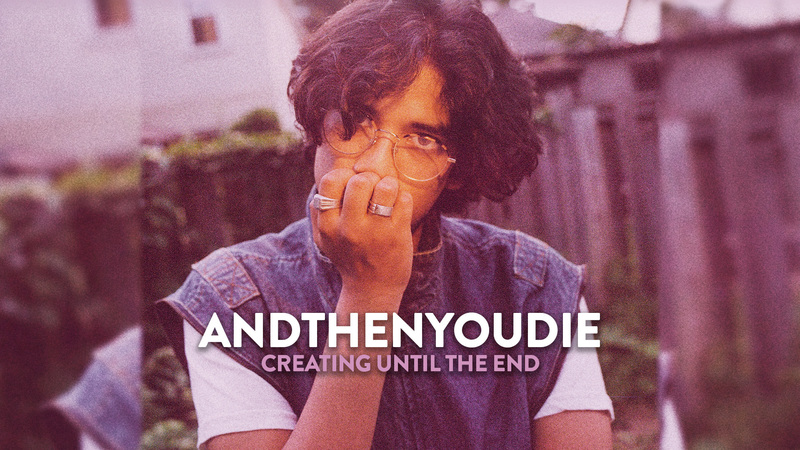 Hamilton-based collective andthenyoudie is comprised of People of Colour, allies of POC, creatives, and artists who seek to share their lived experience through the power of art. With every project, combined with the artist’s own individual experience, they keep five principles in mind: representation, expression, equity, transcendency, and inclusion. The team says: “We seek to change the global artistic and cultural landscape by spearheading a change that finally reflects our perspective and experiences.”

andthenyoudie launched formally in 2017, beginning with brothers Gabriel and Paulo Leon-Reyes, who are first generation Chilean Canadian. Paulo Leon began creating at the age of 13, and then got his first taste of performing live in Grade 9, through joining the Hamilton Youth Poets. “[HYP] gave an excellent platform for me to open up that eye of writing and poetry writing,” recalls Paulo. That expanded into making music, not only writing, but production, as Paulo produces all of his own work.

Fast-forward to 2020, and Paulo was crowned the winner of HYP’s Emcee Wreckshop competition (which adapted to an online format due to the pandemic). That same year, Paulo Leon also released his fourth album, Partly Stabilized, Partly Curious, made entirely by Paulo and Gabriel in their home studio.

Fellow members of the collective, Whak and Mo Nyong, lived in Nigeria for 15 years before moving to Canada in 2015. Growing up, they gravitated to fashion, visual, and digital art. Once they relocated to Hamilton, Whak and Mo connected with likeminded creatives like Paulo and Gabriel, as well as Zander, another local designer who they have collaborated with. After high school, the artists continued to cultivate these relationships within Hamilton’s creative sectors. 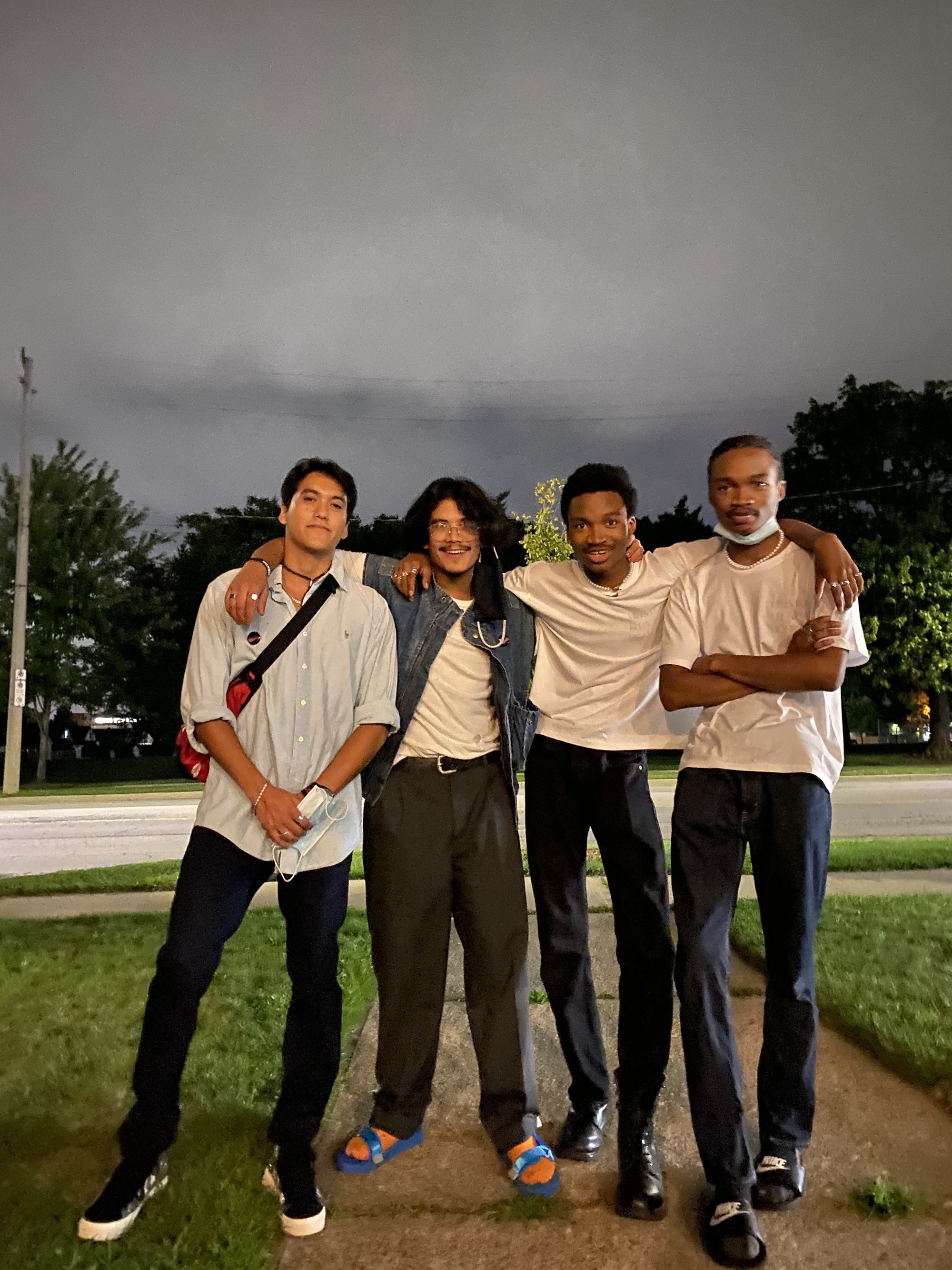 The young artists have found Hamilton to be a fruitful place to create art. It’s a testament to our arts communities that there is less of a focus on competition, instead it’s about creating good art above all else. “I think what really spoke to me was the underground hip hop scene,” reflects Paulo, adding that the music coming out of this local scene “speaks to the community and speaks to real stories that are happening.” Whak observes, “Hamilton is more community-based. Everyone helps everyone; moving through and exploring, you meet key people. It’s very encouraging.”

From the start, andthenyoudie wanted to include multiple disciplines. “Gabe, my brother, the CEO of andthenyoudie, was very adamant from the beginning [of] the crossing of disciplines, whether that be poetry, photography, and music, and different genres of music as well,” says Paulo. He also hints that we can expect a debut EP from a local band on the way. The collective also recently welcomed a DJ into the mix, Malaz. You can watch a performance from Paulo Leon and Malaz as part of the City of Hamilton’s Music Mondays series.

Collaboration is key for the collective. With members bringing different skill sets to the table, andthenyoudie can produce everything in-house. Need a DJ? Styling? The artists can call upon each other, and that enhances the original idea. They are always working towards a common goal. 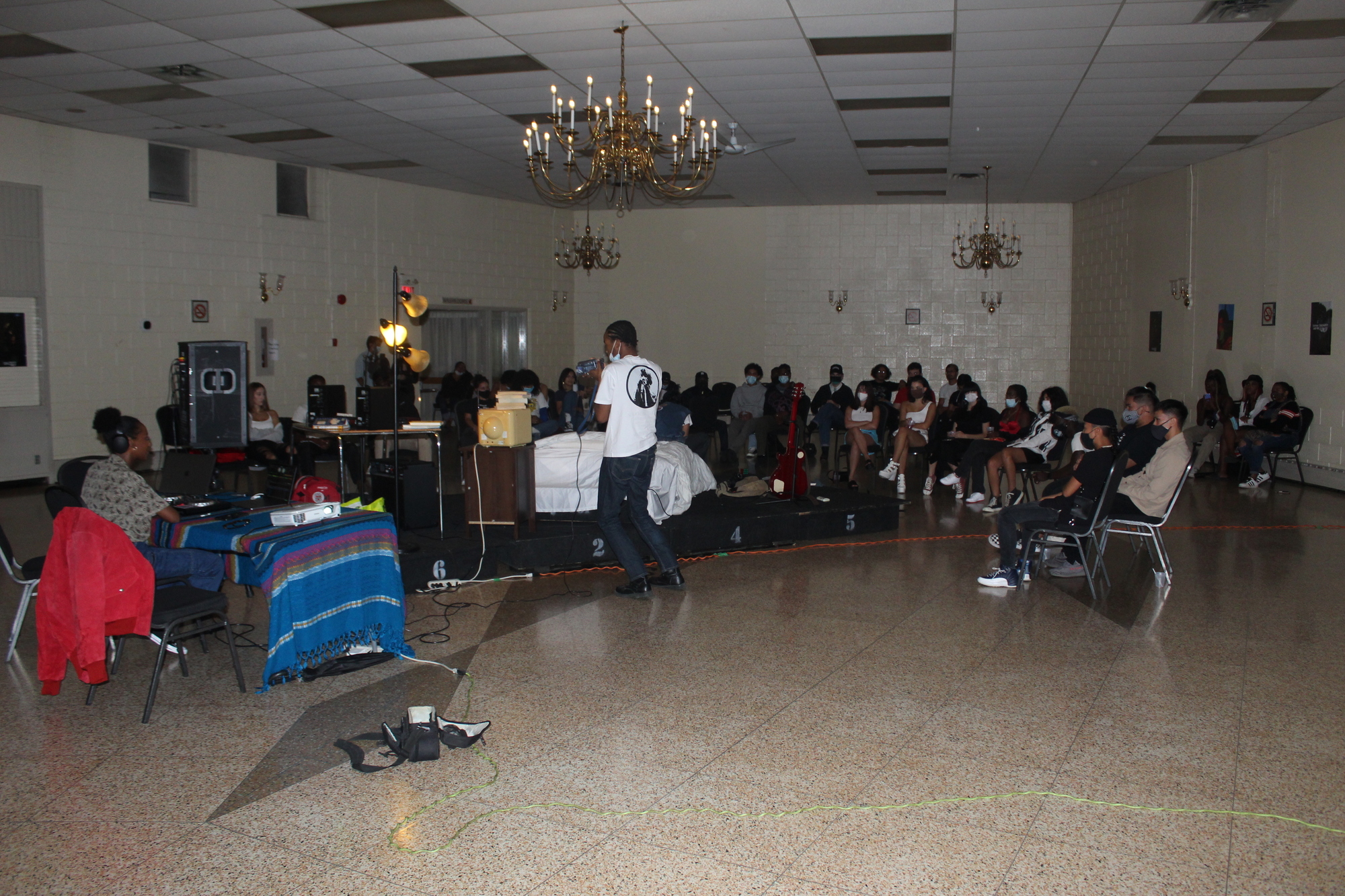 “With the creation, there’s no ego, or we try to minimize our ego, in the conversation,” Paulo describes. “There are arguments, but for the better ideas.” “The only thing that matters is the best idea,” adds Whak. Each project will become elevated through everyone’s input.

“Creating Until The End”

andthenyoudie is a thought-provoking name. Paulo shares, “We are only here right now. Try to be present and encapsulate that with your art. That’s the one thing that they’re going to see, that’s you, and that’s in the world forever."

"We might go tomorrow, but we still have that. And I don’t think it’s negative, I look at it as a positive, ‘and then you die'. So then, why not risk it all on the idea?”

It’s a freeing mindset to have when creating, no matter what you’re doing. If you feel like you’ve poured out everything, just let it go,” says Whak. “Capture the moment, let it out, and move onto the next moment.”