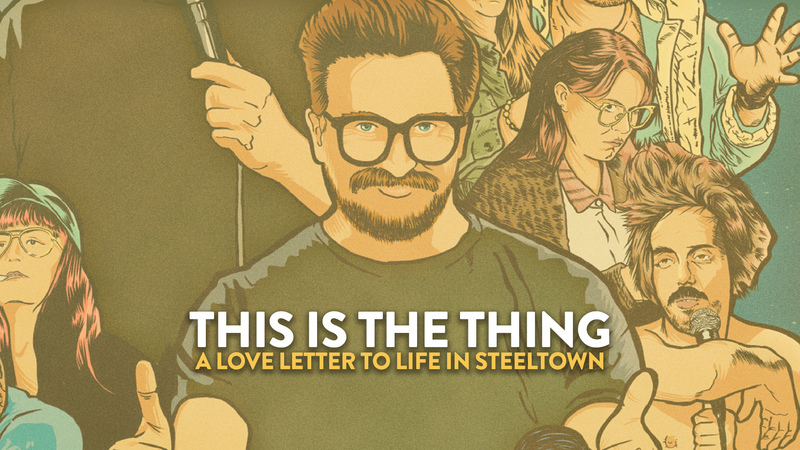 This Is The Thing

It’s always exciting to see Hamilton depicted on screen. Each episode of the new series This Is The Thing, starring comedian Mike Mitchell and Tim Ford, is “a love letter to life in Steeltown.” Streaming now on Bell Five TV1, it’s jam-packed with local musicians, comedians, locations, and clever inside jokes from the Hammer.

Watch: This Is The Thing Trailer

Series’ creator Mike Mitchell always wanted to create a show, and it wasn’t until he linked up with co-star Tim Ford that things really clicked into gear. Working together at Sunrise Records, Mike as Marketing Manager and Tim as Vice President of Purchasing, they first created The Vinyl Countdown web series for the company’s YouTube channel. As Mike quickly learned, Tim is hilarious, and it sparked the concept for This Is The Thing. Soon after, Bell Fibe TV1 held an open pitch call for community-focused, Hamilton content. Mike immediately knew he had just the thing they were looking for.

“Hamilton Is Where Dreams Go To Fight”

Mike and Tim play characters who are loosely based on themselves in this scripted show. The pair play record store employees, with Mike moonlighting as a stand-up comic, as Tim delves into becoming a YouTuber. The tagline for the show, “Hamilton is where dreams go to fight,” was borrowed from local comic Manolis Zontanos, who makes scene-stealing appearances in the show. As Hamiltonians, it’s about embracing that we’re scrappy, a little rough around the edges. 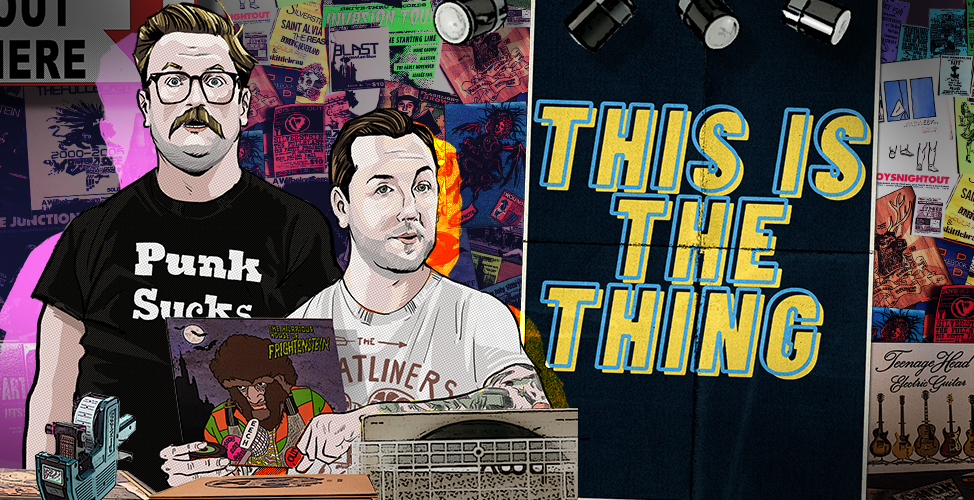 Along with portraying the blue collar work ethic of Steel City, the show also shines a spotlight on the local arts scene. “Hamilton arts in general is an amazing community that doesn’t really get the recognition it deserves, I don’t think. So it’s nice to be able to do that,” says Mike.

“The nice thing, too, with Hamilton, is the arts scene is very tightly knit,” adds Mike. Once the word got out that he was putting together the show, Mike was met with a ton of support from local creatives, many of whom wound up in the show, either on camera or behind the scenes. It’s a full Hamilton affair, with catering from Relay Coffee and Zarky’s, beer and shirts from Clifford Brewing, and Makeup Worx makes all the talent shine. Locations include Limeridge Mall, The Mule Spinner, The Cotton Factory, Levity Comedy Club, and The Winking Judge.

Mike has a background in both music and comedy, and many similarities can be said for both art forms: “Every musician I know thinks they can be a comedian; every comedian I know thinks they could be a musician. It just seemed like a natural fit to get them both together,” Mike says. A common bond between the two is that creative hustle. You get to see the grind of Hamilton’s comedians, who perform multiple times a week, often for unforgiving audiences, dramatized on the show.

The show is also a chance to spotlight characters who are unique to Hamilton, like Manolis Zontanos on the comedy side and the inimitable B.A. Johnston on the music side. “I love B.A., and I’m so happy that he wanted to be part of the show,” Mike says. "He’s got his own show on Bell Fibe TV1 too, B.A. Johnston’s Ham Jam.” B.A. created This Is The Thing’s theme song, and his one-of-a-kind musical stylings act as interludes amid the short episodes. His lyrical quips are laugh out loud moments. 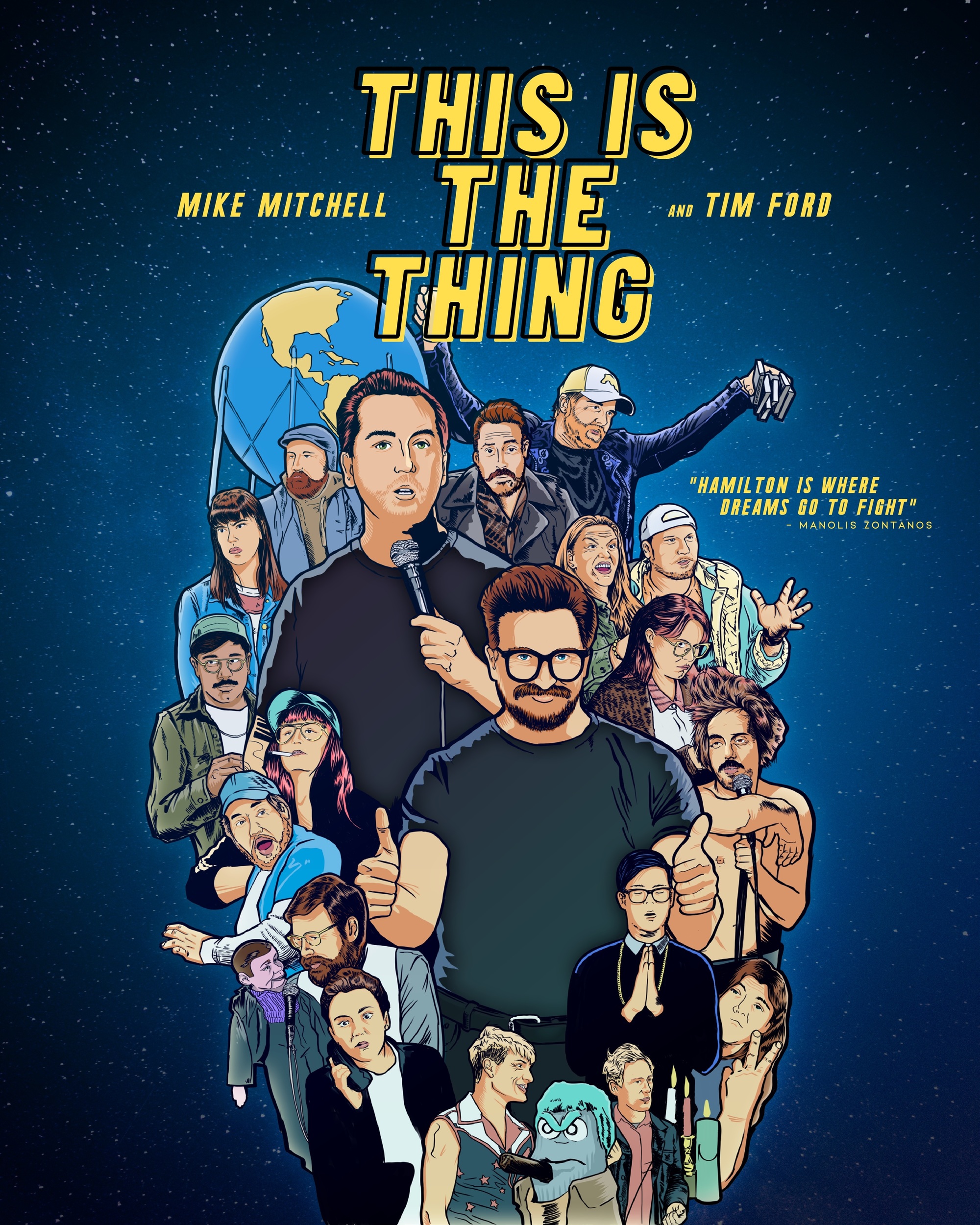 Local musicians who make appearances include Terra Lightfoot, The Dirty Nil, and The Redhill Valleys. Toronto-based rockers Sam Coffey and The Iron Lungs perform in the finale. Behind the scenes, local musician Alex Whorms is credited as Music Coordinator, and our very own 93.3 CFMU host of Put A Record On, Alysha Main, is the show’s Music Supervisor.

The record store setting that anchors the series is also a fitting symbol for Hamilton. Record shops are important community hubs and are spaces we need to preserve. All kinds of colourful characters come through, as you see playfully depicted throughout the series. “From day one, we knew we wanted to set it in a record store. There’s nothing quite like the people that come into a record store, especially in Hamilton,” says Mike. Looking ahead to more seasons, we may see more local record stores featured.

After a great response to the series already, the conversation has already begun for another season. The first season finale of This Is The Thing ends in such a way that more adventures can easily be anticipated for characters Mike and Tim. Not to mention, there is no shortage of Hamilton spots and talent to be featured!

This Is The Thing is available now to Bell Subscribers on Bell Five TV1. To keep up with the latest, follow the show on Instagram, Facebook, and TikTok.