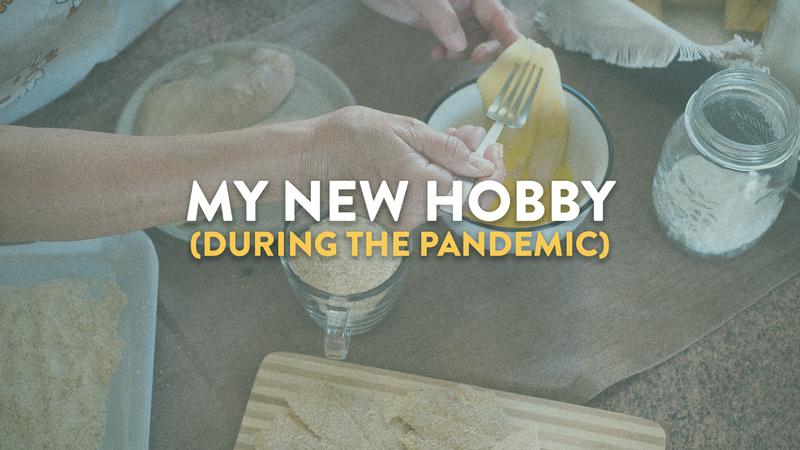 Fans of the long-running TV series South Park likely remember main character Randy Marsh’s, shall we say, unhealthy obsession with The Food Network. In the ten years since that episode aired, a lot has changed. D’Angelo released a comeback album that made the 10+ year gap seem worth the wait, Tool released a comeback album that didn’t do any of that (sorry, but you know it’s true Pneuma’s pretty dope though) and The Food Network suffered the inevitable isentropic end state of all once-great television networks: reality television. Following in the footsteps of MTV, ESPN, and more recently the United States political world, The Food Network’s once enthralling, entertaining, and more importantly informative programming has seen the focus shift from cooking to celebrity and competition. However, with the rise of independent content creators on the internet, one needs only to log on to one website to start their journey into cooking and food science: YouTube.

Now, those who know me will probably look at the title of this blog and call BS right away. And yes, they would be right - I’ve been on my cooking journey far earlier than the start of the COVID-19 pandemic. However, I’ll provide two rebuttals; firstly, as my cooking skills have evolved from mediocre to mediocre but with a bigger spice cabinet, so too have my information consumption habits changed. Secondly, I haven’t undertaken a new hobby in this pandemic, instead electing to hone my skills in existing areas of interest, so this is the best I can do.

With that disclaimer out of the way, I want to take this time to discuss some of the great food-related content creators that exist on the YouTubes, so that I might potentially guide those interested in food, food science, or just quality culinary entertainment to great creatives that don’t make their money by verbally abusing their staff.

The most popular channel I’ll be citing here, and for good reason. Andrew Rea, known online by his username Binging With Babish, has created quite the little online culinary empire for himself. Starting out in 2016 doing recreations of food from popular films and television shows, the channel has introduced several new offshoots, including the Basics With Babish, wherein Rea discusses the techniques and equipment behind many basic cooking skills, and the newer Stump Sohla, featuring Sohla El-Waylly undertaking food challenges with a creative twist, providing information regarding ingredients and techniques while doing so.

This channel definitely wins the prize for best production quality. Rea, a former visual effects artist with a BA in Film Studies, has had the modern, minimalist lighting, framing and color palette nailed down from day one, while slowly honing his dry brand of humor in the form of voiceover over the past 5 years. While legitimately informative, anyone who has tried some of the recipes can attest that, while the videos are useful, they are generally not suited for those who don’t consider spending 5 hours making the best chicken noodle soup you’ve ever eaten a worthy usage of their time.

This guy is the real deal. Having held nearly every position imaginable in the food industry throughout the 80s, 90s, and early 2000s, John Mitzewich, more commonly known as Chef John on the Youtubes, has been at the Youtube game since 2007, and has essentially written the book on this whole online cooking teaching thing, at least when it comes to the Youtube side of things.

Admittedly, I haven’t watched a ton of his stuff, but literally every other Youtube cooking channel references him constantly, so I figured that alone is worth an addition on this list. What propels him the next step up is that, surprise surprise, he’s really good at this whole online cooking teaching thing too. A wealth of knowledge, just waiting for anyone who’s willing to come looking.

The young’n of the group, Joshua Weissman is a former chef and popular food blogger who got his start on the internet at 16 years old way back in 2012, he made the switch to Youtube as his main creative outlet in 2017. Combining elements of Babish’s sleek modern production with some strong young millenial/Gen-Y meme humour, these videos are slickly produced, and often the recipes taste freaking amazing (at least, the two or three times I’ve tried em).

There’s also several different ongoing series on the channel, including a ‘But Better’ series, taking fast food items and making high quality homemade versions, and a ‘But Cheaper’ series, which creates great meals on the cheap, which is definitely my favourite.

Any drawbacks? Well, being from the chef world, Weissman doesn’t exactly like to skip steps or go the easy route. Totally fine if you’re following along for the fun of it, but just be ready to make literally everything from scratch. Hope you’ve got a mill ready for that grain harvest.

The description ‘A middle-aged man cooks dinner in his kitchen with a go-pro on his head’ might not immediately elicit excitement. However, when you consider that the middle-aged man in question is none other than living food demigod J. Kenji Lopez-Alt, the wrinkly-brained amongst us will go from 0 to 100 real quick. Don’t let the low production quality fool you - while the above description is technically accurate, Kenji’s encyclopaedic knowledge of all things gastronomy makes these videos more than worth the watch.

First question - who is J. Kenji Lopez-Alt? He’s an American chef and writer who, much like Chef John, has been around the food industry for years - he’s one of the main directors and consultants for the popular food blog Serious Eats, as well as a New York Times best-selling author for both his landmark 2015 work Food Lab: Better Home Cooking Through Science, and 2020’s children’s book Every Night Is Pizza Night.

Second question - what makes some dude talking with a go-pro worth watching? Well, aside from the fact that he seemingly knows everything there is to know about food and culture, he takes a very science-oriented approach to his explanations, taking the time to discuss the various reasons behind each step in the process. Furthermore, his recipes are usually tailored towards home kitchens, allowing us regular folk to join along in the fun.

And if that didn’t seal the deal for you, he also has two adorable doggos that hop in and out of the shot on occasion. I rest my case.

Another relative newcomer, but probably my favorite for one simple reason - Adam Ragusea is like me! Although, probably substantially more well off at this point with the success of his online venture over the past two years. But the point remains - this is the only quality Youtube cooking channel I’ve found that distills all the wisdom and information of the pros into a home cooking environment. How do I minimize dishes? How do I shortcut this 5 hour recipe into an hour one that tastes nearly as good? How do I make decent pizza at home without a dedicated, several-hundred dollar pizza oven? Look no further, this channel is for you.

Adam Ragusea is a former journalism professor at Mercer University, who happened to upload a pizza recipe video detailing his method for effectively recreating NY style pizza in a home oven, with the intention of sharing this knowledge with his friends. Turns out, 17 million people were also interested, and thus began a career pivot envied by even the most ardent of polymaths.

What I really like about this channel, other than the home-cook slant, is both the clear, concise presentation, and the scientific angle that half of his videos take. The journalism acumen is pretty clear in videos discussing the history of pork in middle eastern faiths, the cultural tradition of rice washing, and even copyright law as it pertains to recipes. It's pretty easy to see the influence of fellow youtubers like Kenji and Chef John in here, and surprise surprise, Kenji and Ragusea have collaborated on Q&A videos in the past.