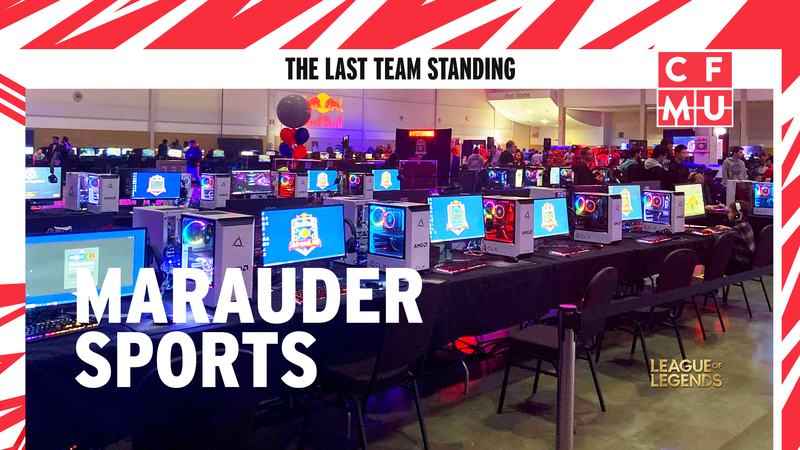 I understand the emotions you’re feeling. This is the time of year that we would normally be hitting the climax of the fall schedule and gearing up for the winter slate. I feel what you’re feeling, and I’m there for you. However, I’m not here to remind you what you’re missing. I’m here to tell you that the competitive spirit is still alive at McMaster in 2020, you just have to know where to look. The team I’m about to tell you about doesn’t play in DBAC, they’re not in the OUA, they don’t even need a ball. The McMaster League of Legends team may not be what pops into your head when you think “Marauders”, but it should be. Where we are with cancellations and postponements, the League of Legends Marauders are the only team competing; and on a bigger stage than any McMaster team before them.

For the People Who Are Confused Right Now

I’m going to go out on a limb and say that a good chunk of you have no idea what I’m talking about.  Whether you’ve got a passive knowledge of League of Legends, or have never heard of it, it’ll be handy to have a cursory knowledge of what we’re looking at. I’m no expert, so I sat down with Head Coach Jonah Reynolds to learn about his team and the game they play. First things first, yes, League of Legends is a video game. But keep an open mind, because the game has a lot in common with the sports you see on TV. Think of League of Legends like basketball; it’s a 5-on-5 game with set positions and roles for each player. The objective of the game is to push into the other team’s base and destroy it’s core (“The Nexus”, as it’s called in the game). The difference between League of Legends and conventional sports, and even other eSports games, is that the game is continuously being updated.

“It’s like if you were playing basketball, but they added trampolines one year just for the heck of it”, adds Reynolds. League of Legends is going on it’s eleventh year, and new twists are always being added to keep players guessing. Reynolds also points out that unlike conventional professional athletes, even the top League of Legends players can never truly master the game. This constant re-imagining of the landscape keeps players and fans engaged with so many eSports viewing options available.

If all that hurt your brain a little, I’ll let Jonah give you the one-sentence version: “Whoever breaks the Nexus first wins, simple as that”.

The Case for eSports

“Yes, good reader?”, I say, because I have good conversational skills.

“So, League of Legends is a video game. Is that even really a sport?”, you inquire.

I’ll admit that the idea can be a little off-putting to sports fans. So, let’s take this down to the studs and make the case for video games as sports. The way I’ve come to rationalize this is by creating a checklist of what makes a team sport: a universal set of rules, an organized competition setting, and an established roster of players. League of Legends eSports hit all three points with ease. The rules are consistent across all competitions worldwide, tournaments and matches are professionally staged on a large scale, and teams are set up with a roster and coaching staff. 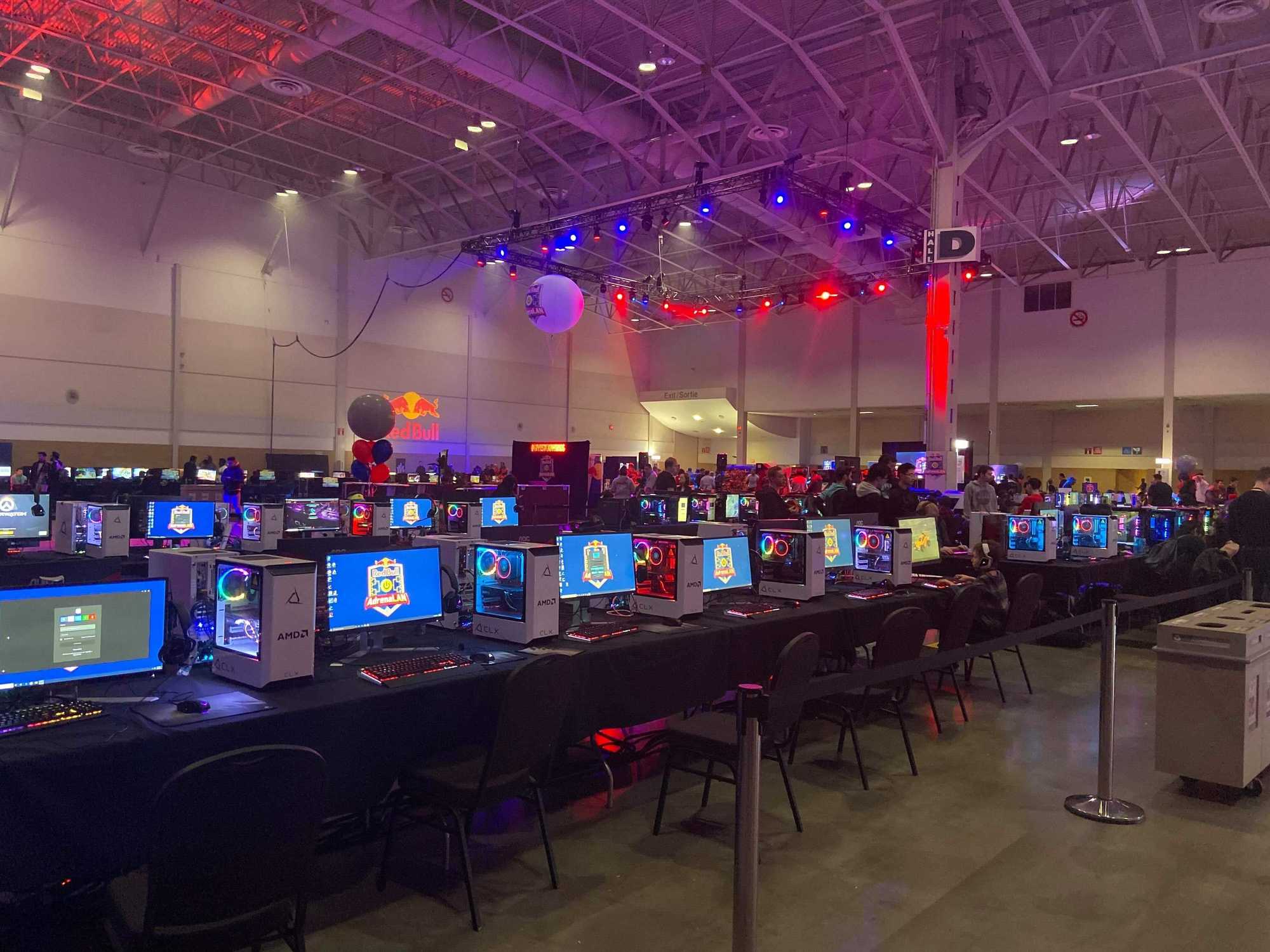 But maybe your objection comes from eSports not being a pop-culture mainstay like traditional sports, and that’s where you’d be dead wrong. ESports are growing faster than anyone can keep track of, and League of Legends is king among them. When LoL held its first World Championship event in 2011, they had to fight for space in a ballroom that fit no more than a couple hundred spectators. In the 9 years that follow, the event has been held in major venues all over the world including the Staples Center in Los Angeles (where the Lakers play) and most recently in 2019, the finals were held in Accor Arena in Paris, the future venue for the 2024 Olympics. That 2019 tournament was a month-long epic that spanned 4 major venues,  brought in over 100 million unique viewers, and had a 2.5 million dollar prize. So, yes, it’s popular.

The other aspect I want to point out is the one that sets it apart from those conventional sports; accessibility. Not everyone has the access or ability to get involved with a sport, and they can miss out on the competitive element that comes with it. In 2020, just about everyone can gain access to a computer. And the kicker: League of Legends is free to play.

ESports are for real, and they’re here to stay. Whether or not you want to recognize it as a “legitimate sport” or not, it doesn’t actually matter. ESports have captured a loyal audience and player base, and are bringing the competition to the grandest stages.

To the everyday sports fan, the roster makeup of your average League of Legends team won’t look foreign. There are 10 players to a roster; five starters, and five practice team members that also compete in a lower division. I’ve mentioned the Head Coach Jonah Reynolds, but now is a good time to introduce him. Jonah has a unique edge on other Marauder coaches when it comes to relating to his student-athletes, because he is a student. Reynolds was a member of the playing roster for the team during his first three years, before grabbing the clipboard this year. Under the Head Coach is an Academy Coach, who coaches the practice team. The team also has a manager who schedules practice matches and registers the team for any tournaments. Reynolds has also made an addition to the staff that you’re not likely to see on any other team; a psychologist. “League can be a stressful game because players understand there’s money on the line”, Reynolds points out, “it can be a stressful environment, so he helps us with that”. Finally the team has two analysts who help break down game film and develop strategy.

You’re probably wondering how a team that doesn’t sell tickets for McMaster is able to pay all of these staff members. The team has devised an ingeniously simple solution to this conundrum; they don’t. Reynolds’ reasoning for doing his job pro-bono is just as simple: “we’re all doing it just cause we love it”.

"We're all doing it just cause we love it"

The lack of funding is not a burden felt equally by everyone competing in collegiate League of Legends. Reynolds estimates that about half of the 400+ teams in their North American league have external funding for scholarships, paying coaches, and access to facilities. Just down the road, Western offers scholarships to play on their League team. That gap in resources is a non-factor in 2020, so much so that Reynolds has seen the lockdown as an advantage to his squad; “all of a sudden all this money the other schools had, it doesn’t matter, it definitely helps us”. 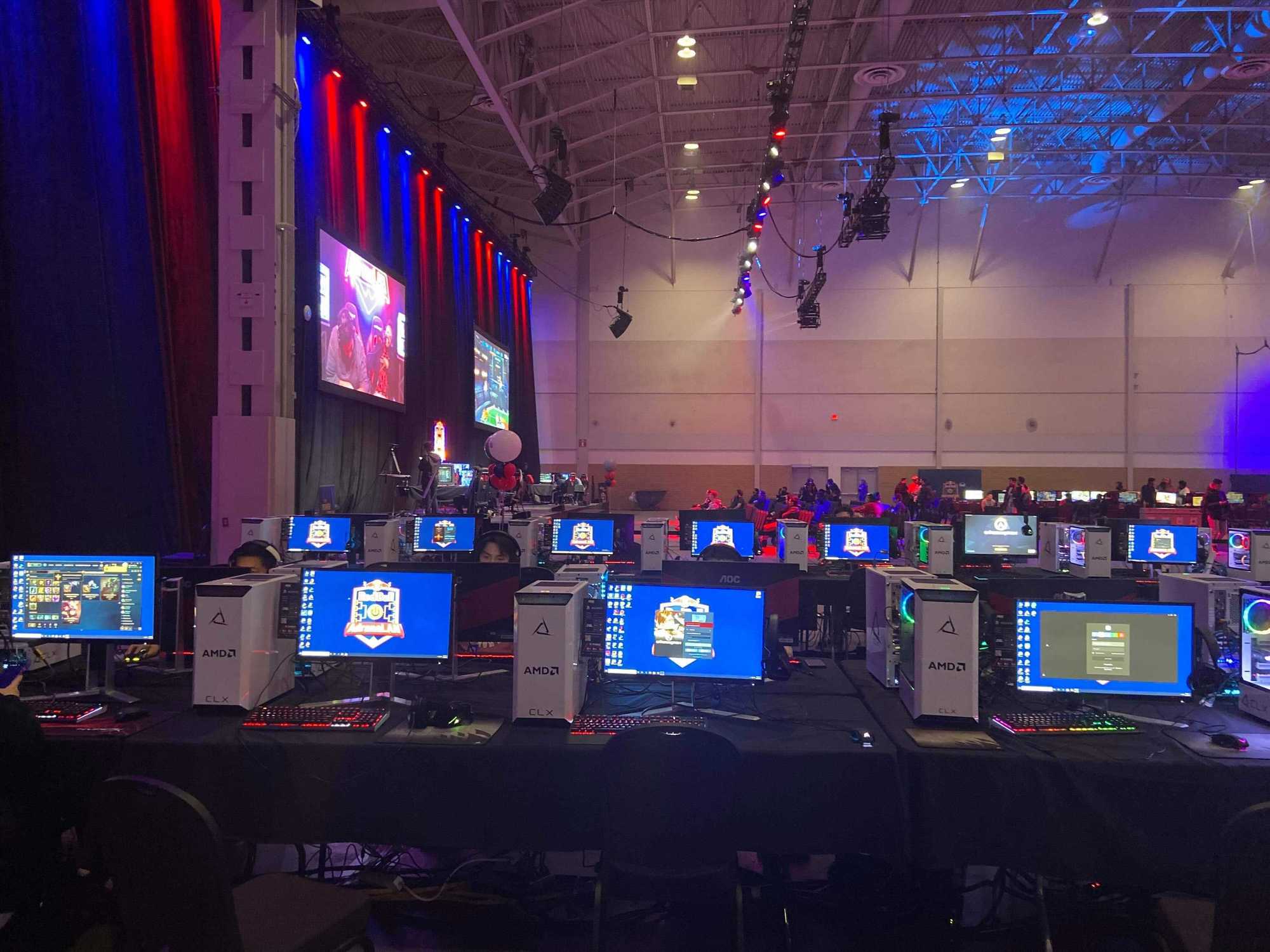 These Marauders are looking to parlay that even playing field into their most successful year yet. McMaster competes in Collegiate League of Legends (CLoL) in the Eastern division. McMaster is currently seeded 3rd in the East, their best pre-season seeding ever. Their season structure is right in line with other sports, a regular season from May to February followed by playoffs with a ten thousand dollar prize for each member of the winning team. The unique obstacles that other teams are facing in 2020 are normal for this team. League games have always taken place online, so apart from missing out on a couple in-person invitational tournaments, the League of Legends Marauders will be able to enjoy their full schedule.

It’s 2020, we’re all starving for Marauder athletics. League of Legends may not be what you’re hungry for, but it’s the only thing on the menu, and it’s just as filling. All the ingredients and flavours are the same, it’s just whipped up a little differently. If you’ve made it this far in the article, I’m hoping you’ve opened your mind a little to what a sport can be. Marauders are competing, they are competing well, and I hope you’ll join me in cheering them on, Go Mac Go!

Duncan Simmons is the CFMU Sports Director and a 4th year communications student from Vancouver, BC. He is the host of Marauder Morning, the weekly McMaster Marauder Sports show airing Mondays 12PM-1PM. Lover of all sports and all sports fans. Contact him at: cfmusport@msu.mcmaster.ca.