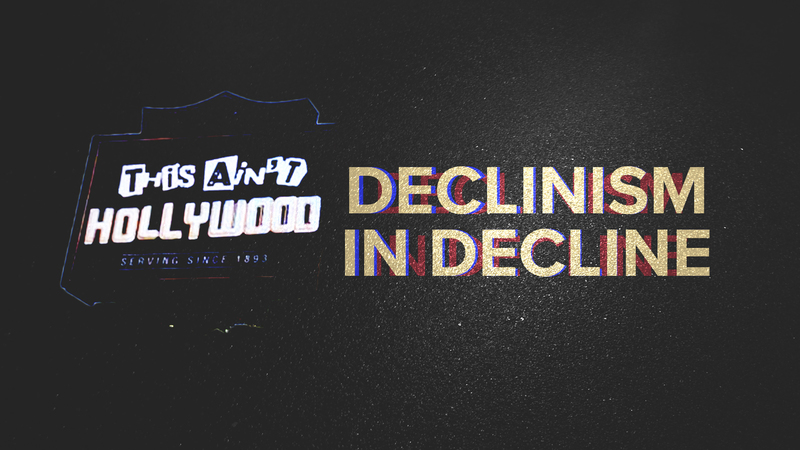 “Declinism” is a phrase used by sociologists to note a kind of pessimism - that everything used to be better, that we are in a perpetual fall from grace. This is connected, in cities and among arts organizations, to always thinking that the scene is dead or dying. This, however, forgets that the living organism of urbane cosmopolitanism allows for a flexibility. Think of the 1980s Los Angeles punk scenes that happened in the back of Chinese restaurants, or any band that played a legion in small town Alberta. In Hamilton, this summer, I am trying to balance evidence that it has become harder and harder to put on shows, with an optimism about the flexibility of those urban spaces.

The evidence of the difficulty is strong, and paints a bleak picture.  Within three months of one another, HAVN, This Ain’t Hollywood and The Staircase Theater shut down. The pandemic hastened the death of venues that already seemed on their last legs.  Everyone who worked in those spaces were committed to the local scene, to an idea that building a scene was a collective moment, and most were genre-agnostic. I saw noise concerts and art shows at HAVN, bands that played garage, surf or punk or post-pop or country at This Ain’t Hollywood, where a poet might open for a local up-and-coming band one night and Carole Pope would show up the next. I saw drag shows, comedy reviews, and straight plays at The Staircase - new plays made by local writers, acted by local performers.

These spaces, sometimes explicit]ly, were political. Having space for art, without the first concern being commerce is political, especially considering how much pressure there is to make money. HAVN, working as a collective, meant that individual ego was less important than what people could accomplish together. Being able to put on shows, or play music together--in moments of agreement or disagreement, is a useful model of how to collaborate in other ways. It has a movement that is a useful corrective to city hall's habit of working together to avoid making choices.

More specifically, I remember playwrights and actors being concerned about the essential whiteness of the Hamilton theatre scene. A couple of years ago, a group of Hamilton theatre artists in marginalized communities came together on the mainstage of The Staircase. Using a long table discussion strategy, borrowed with permission from Indigenous sources, they hashed out the crisis of the theatre stage - they argued, agreed, sniped, and were in conflict. There were some real truths in that meeting, and real truths that I cannot imagine occurring in more formal spaces.

They are all “middle spaces,” found between work and the domestic, but still in their various ways commercial.

There’s a cluster of ideas about what a space can be, found in This Ain’t, HAVN or Staircase, layers of formality - but they are all “middle spaces,” found between work and the domestic, but still in their various ways commercial. They concerned  themselves with questions of rent - how is rent being paid, and to whom? The flexibility I discussed earlier means that much of Hamilton’s cultural work can happen in ersatz spaces - I am thinking of drone nights that happen in cathedrals, or the many musical or cultural events that people like Matt Thomson or Jay Jillard organize in their living rooms.

Those spaces exist by the good graces of others and the energy of certain organizers. There is no dedicated space to make work. To have a dedicated space is to allow culture to grow organically. This Ain’t allowed for people to come every Thursday and make art together (Crafternoons), and at HAVN it meant there was a fecund cross-pollination of ideas around visual art, performance, and other kinds of play. It was a place to gather and even a place to store gear. It was not something that had to be packed up and taken home. As much as I appreciate Jillard and Thomson’s work, it’s not a sustainable way of making community.

It seems, then, that there are two ways of going about making art in this town - there is the small, the ersatz, and the easily collapsible - and by the collapsible, I also mean a way of disappearing. Then there is the large scale, paid for by government grant, private foundations and the caprices of the wealthy. The new coworking spaces that are being built, though they use the phrasing of collaboration, lack the messy potential. They become quiet, dedicated hives, where individuals can labour on individual projects. Labour bends towards what can be compensated, the language of return to investment, the language of real estate that has rotted everything. 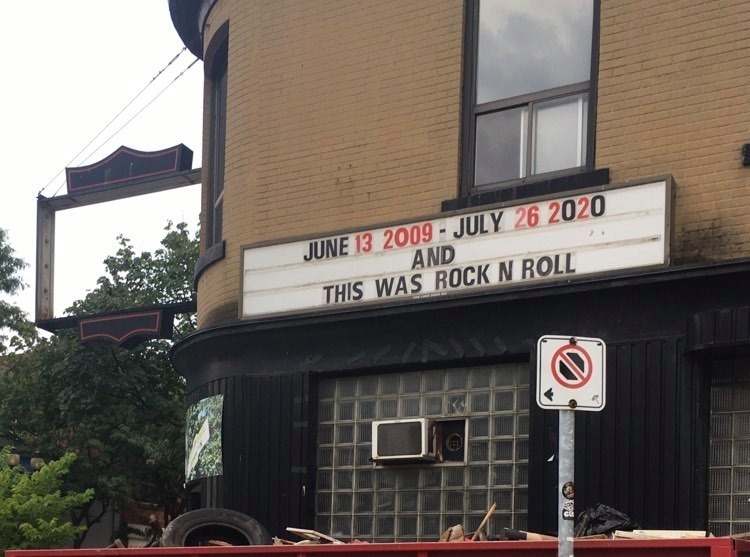 PICTURED ABOVE: THIS AIN'T HOLLYWOOD CLOSED [PHOTO BY LOU MOLINARO]

I trust in cities. I trust in the ability for smart kids to figure out how to keep making work in ways that are beyond my ken - writing essays like this are the purview of the middle-aged who are prone to seeing the decline in spaces because their bodies are also in decline. Still, carving out spaces for creation is not simply an act of finding a space and occupying it. It is a methodology of knowing not only what one wants to create, but how to create it, and in that way, seek a commitment to either ephemerality or permeance. In this way, we can see the loss of places like The Staircase or HAVN or This Ain’t not as a failure of space but a failure of methodology of making work together, a task even more impossible with this new plague, with it’s requirements of being six feet away from everyone.

We need to do an inventory of what social and financial capital we ​do have, and find a way of maintaining it, outside of institutional power.

To craft new spaces is to craft a new kind of political thinking, and a new kind of methodology against this pushing out. As painters or poets or playwrights or guitarists or performers, we need to do an inventory of what social and financial capital we do have, and find a way of maintaining it, outside of institutional power. Or in the words of socialist martyr Joe Hill-- “don’t mourn, organize.”

I don’t know if we can still organize over Zoom for a future where the idea of gathering in a closed space seems even more remote, almost impossible. The city is alive, the city is in decline, the city will be unknown when this is all over, and the waiting is slowly killing us.

Steacy Easton is a writer and artist, living in Hamilton, who is interested in how we make work in spaces that are hostile to the enterprise.
Related