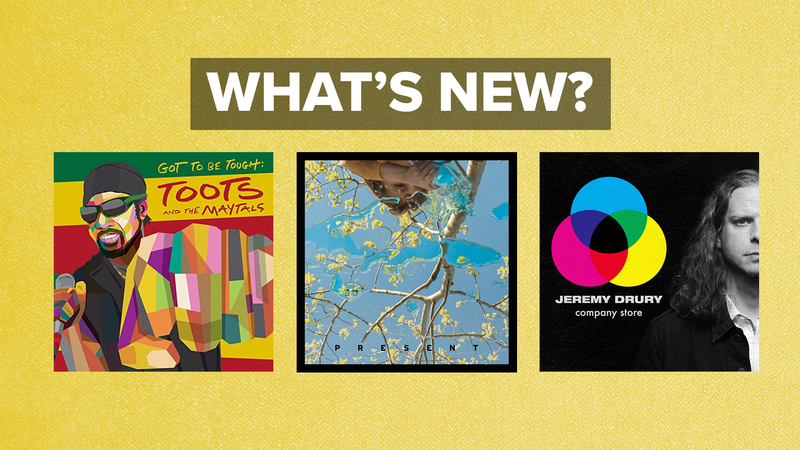 Most Hamontarians probably don’t know it, but the Strumbellas can be counted as a “local” band. Okay, perhaps that’s pushing it, but Jeremy Drury – the band’s drummer – calls Westdale home. His solo album, Company Store, was released last week. Drury was born in Scarborough and raised in Lindsay. He spent a decade on the music scene in Toronto before joining his current, Juno-winning band.

Company Store is solid, catchy pop, a little more ragged and rootsy than his work with the band. There are a few tracks that rock a bit harder (“Do It Right”) and a couple solid singles in “Pour Another” and “Tadoussac.”

Dog Day haven’t released an album since 2013’s Fade Out, but Nancy Urich and Seth Smith are back with Present, a synth rock record that brings to mind artists like Preoccupations or Capitol (who, in turn, bring to mind the darker not-quite-goth side of 80’s synth pop). Those keyboards are a newish addition, courtesy of newer member Meg Yoshida, and their inclusion alters the band’s tone for the better.

Toots & The Maytals – Got To Be Tough

Unrequested biographical info time: in my 20s, I spent five weeks in the back of a van touring the continent with Toronto-based ska band King Apparatus (I didn’t play with them; I mostly sold T-shirts and drank their beer). So, I have a soft spot for the ska. I was alarmed to hear that Toots Hibbert, the man behind the Maytals, was hospitalized this past weekend (possibly for COVID-19). The Jamaican group have been making music since the early ‘60s, and Toots himself is 77 years old.

Got To Be Tough is the first Maytals album in a decade. The band, originally known for hits like “Pressure Drop,” released the title track as a single with video earlier this summer.  From Rolling Stone: This album is speaking out about injustices while pointing to a better time,” Hibbert told Rolling Stone. “This album is teaching a path to recovery and step to better days on the journey ahead. This album Got to Be Tough is a bind builder of positive objectives.”

LISTEN: GOT TO BE TOUGH  BY TOOTS AND THE MAYTALS