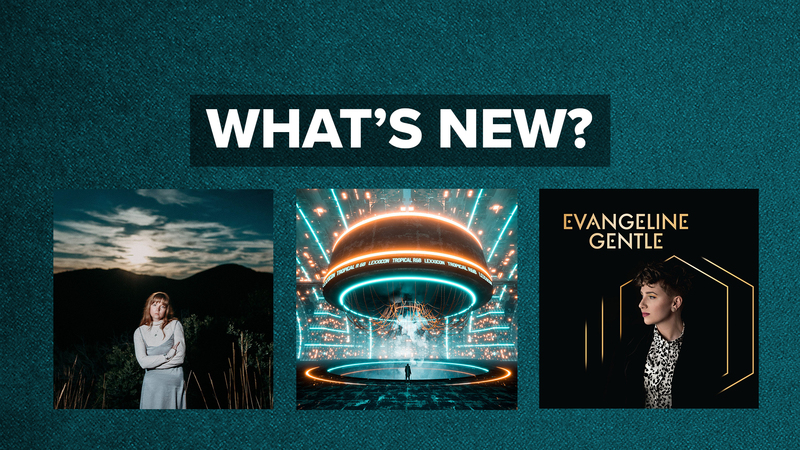 Hey all! This week we’ll be back with a second live on-air host when For Your Pleasure returns to the airwaves. Until the Top 5 returns in video form we’ll keep you in the loop with this blog. Here’s three titles of note that landed in the CFMU music office inbox!

Evangeline Gentle’s debut album comes via Hamilton label Sonic Unyon Records. Born in Scotland and residing in Peterborough, Gentle is described as “queer, and passionate about social justice.” Their self-titled release has already gained rave reviews from magazines like Exclaim! who say “Their signature sprawling phrases are elevated above generic coffeehouse shtick by unpredictable melodies and arrangements.” In other words, they’re a heck of a songwriter with a unique voice.

Originally from Pheonix, AZ, Andrews has gained recognition as a songwriter since her breakthrough album in 2016. Old Flowers, her fifth album, is a melancholy, mournful listen, but not a slog to sit through; this is not just a break-up album, but something well beyond. Praise for the album’s lyrics has been pretty much universal with critics.

Tropical R&B is an R&B album but not in a traditional manner; the Toronto-based artist utilizes dancehall sounds and rhythms. It only makes sense; Lexxicon is known for his patois as well as his rhyme style, combining hip-hop and dancehall. Born in Jamaica, Lexxicon stopped in the UK and New York on his way to his home in Toronto, where he began his career. In his bio, he says “working alongside Ontario-based producer Eber, I sought to explore themes of loneliness, the hunger for acceptance, and relying on intimate connections as a mechanism for temporary relief. In presenting this record, I plan to lead an entire movement built around tropical R&B as a sub-genre that will leave a lasting impression on the global music scene.”