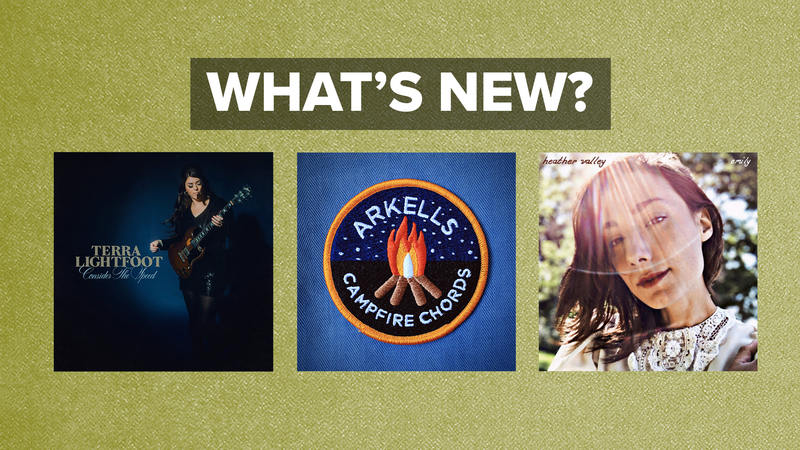 Hey folks! Another small sampling of the newest music sent CFMU’s way in the last week (actually, two, we didn’t do it last week due to the holiday).  Another #HamOnt-centric week, with three new singles to check out.

Heather Valley’s bio explains that she was “a court room lawyer with a bright future when she fell in love with the wrong person and lost everything.” A loss for the law is a gain for the Hamilton music scene. Valley’s debut album, Desert Message, was released last year.

From her webpage: “Emily” is a wistful song about summer memories like going to the lake, exploring your grandparents' garden and driving with the windows down, listening to your favourite songs. It is the only original song on "Wildflower Radio" a collection of covers recorded remotely as a collaboration between artists from Philadelphia, Toronto and Hamilton.

OK, they probably don’t need a boost from CFMU, but we’d be remiss not to mention that Arkells have a new single on the charts. COVID-19 quarantines put a temporary stop to the Arkells’ new studio album recordings. After four months apart, they came together again to create Campfire Chords, an acoustic collection of some of their biggest hits. “Quitting You” is the album’s sole new track, and it sees the band going back to their roots. We’re not just talking about those sweet country vibes, either - they also recorded the track with former CFMU production coordinator Aaron Goldstein. Goldstein briefly played drums in the Arkells band back when they were called Charlemagne, and was also a member of the Surly Young Bucks, an Arkells-adjacent alt country band in Hamilton. It’s good to see the old gang together again.

LISTEN: QUITTING YOU BY ARKELLS

Lightfoot has been a CFMU favourite since before she released any records. She recently announced a new studio album entitled Consider the Speed, and “Paper Thin Walls” is its first single. The track was recorded in Memphis, Tennessee at legendary Royal Studios (legendary because, well, Al Green, Chuck Berry, Buddy Guy, My Morning Jacket, De La Soul, Ike & Tina Turner, Rod Stewart, etc.).