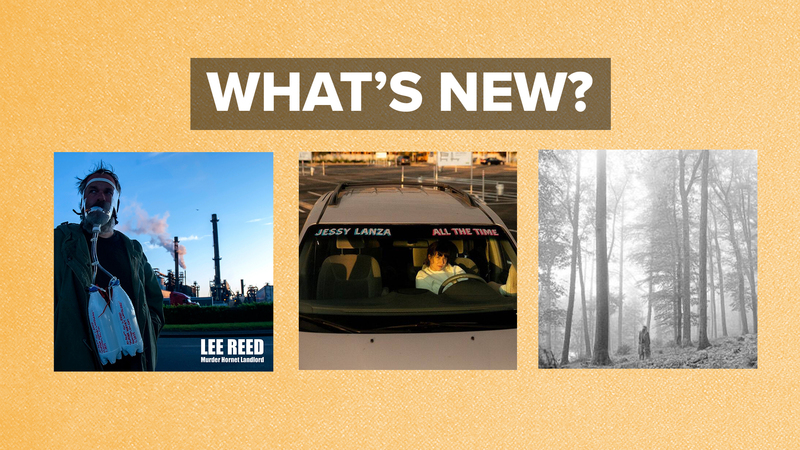 Here in the basement bunker aka the CFMU studios, we’ve started adding and playing more new music than in previous months – but we’re still well below our average. So, with that in mind, we continue to bring you the weekly update on new and notable releases coming through our inbox!

This week, we also wanted to give a shout out to all the owners, staff and patrons at This Ain’t Hollywood, the venerable rock club on James St. North. This past weekend the club closed its doors. We wish everyone from This Ain’t Hollywood the best for the future, and want to thank them for all the great music they’ve presented on that stage. Extra props to co-owner and CFMU host Lou Molinaro for putting together so many wonderful CFMU fundraiser shows over the years as well (and similar props go to local music booker Ken Inouye for many This Ain’t fundraisers as well).

With Hamilton in mind, let’s do an all-HamOnt edition of what’s new.

Hamilton’s legendary emcee (and major CFMU supporter) Lee Reed has spent his pandemic isolation time putting together another hard-hitting, lyrically sharp collection of tracks. It’s vintage Reed, and fans will immediately respond. It’s amazing to have someone as eloquent as Reed put voice to many of the things we’ve had on our minds for the last few months. From the bio:

“Penned in May and June of 2020, during the 2nd and 3rd month of Ontario’s shutdown, the project is a snapshot of life and struggles for working class North Americans coping with a global pandemic; and living life at the top of a steep slide, staring into the void of the greatest economic downturn in history. Part anti-capitalist analysis and part real life dystopian sci-fi rap opera. Dark rhymes for dark times.”

JESSY LANZA - ALL THE TIME

Hamilton’s Jessy Lanza has released her third album of sweetly quirky electro R&B, and it’s yet another confident step forward in songwriting and execution. Lanza once again works with her songwriting and producing partner Jeremy Greenspan (Junior Boys), and the resulting songs are often poppier-sounding than some of her previous material. That’s mostly due to vocal melodies though – the arrangement, instrumentation and production still sway into experimental territory. If you think you hear elements of both Yellow Magic Orchestra and Janet Jackson in the same song, your ears aren’t deceiving you.

LISTEN: ALL THE TIME BY JESSY LANZA

Say what? Okay, CFMU doesn’t usually play Taylor Swift, and she isn’t from around here, but we thought it would be fun to share the Hamilton connection on this (already huge-selling) album.

Swift worked with both Bryce and Aaron Dessner on folklore; Aaron co-wrote and/or produced most of the songs with her. The Dessner brothers are from the alternative rock group The National. The National’s manager, Brandon Reid, lives in Hamilton. So there are the degrees of separation for you. Reid was responsible for all those behind-the-scenesy things that managers are responsible for – but he also had to keep the entire project top secret. Imagine hiring a dozen musicians to record an album, but not being able to tell them whose album it was. Wild.