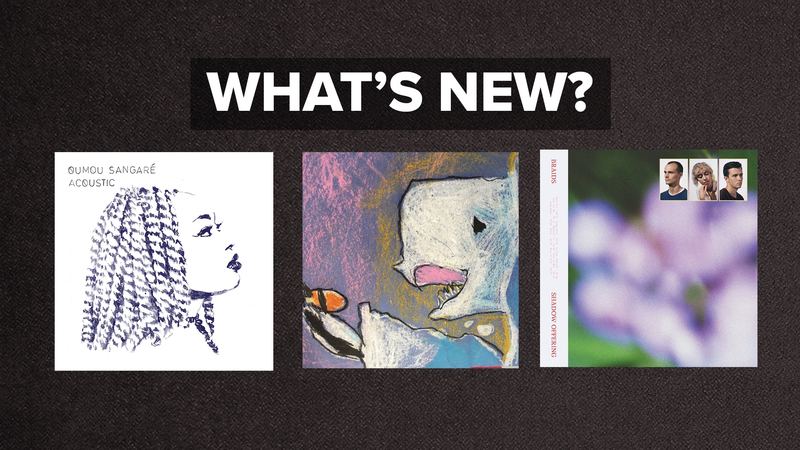 Things are beginning to open up here in Hamilton, ON. CFMU is looking ahead to something akin to regular programming, but not quite yet! So, in lieu of extensive airplay and chart action, I’ll continue to put together this short weekly blog about what’s new in our music mailbox.

Chris Bell has been a member of Wintersleep, Alive & Living, Customaries, the legendary Sonic Unyon band Chore, and been a sound engineer for artists such as Broken Social Scene and the Arkells. His most recent project is this self-produced full-length solo album.

The first single “Whispering Town” has a Wintersleepy vibe – folk-rocky with a super catchy (but not cliché-sounding) vocal melody – and much of the album follows suit, though it has upbeat, rock-centric moments too. While it’s different than, say, a Chore record, Bell’s songwriting voice retains that familiar quality; Division Street is a synthesis of what’s come before but seeing Bell moving forward as an artist.

Braids' sound has always felt like a continuous crescendo of atmosphere and evocative vocal (thanks to vocalist Raphaelle Standell-Preston). This, their fourth album, sees them continue their synth-led sound into new areas of growth. For one; those synths are no longer the main ingredient in their sonic textures. The album was produced by Chris Walla of Death Cab for Cutie.

Malian pop star Oumou Sangaré acoustically reworks the songs from her 2017 album Mogoya on this newest release. Pop Matters says, “she's one of the most prominent feminist voices in Mali, a businesswoman who has spoken out in song and deed against forced marriage and female genital cutting, bringing a new perspective to age-old traditions from the Wassoulou region south of the Niger River. She has won accolades across the globe for her music and her social work and is revered by her contemporaries across Africa and the world.”