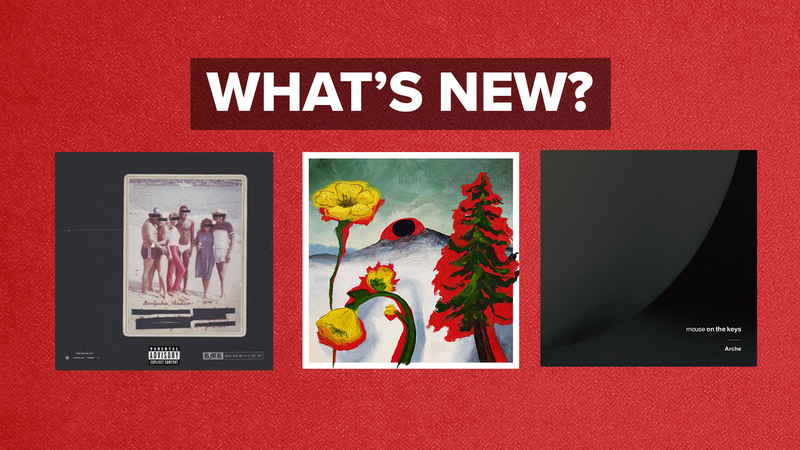 This week we wanted to start off with something  a little different!

If you’re looking for a fantastic way to learn about what’s good in Canadian music, the Polaris Music Prize announced their long list on Monday at noon. The Polaris Prize is an annual award that recognizes the best Canadian albums of the year. “A select panel of music critics judge and award the Prize without regard to musical genre or commercial popularity,” says the website, and I can vouch for the truth of that (I’ve been involved since inception, and once spent time on the grand jury, so I’ve been lucky enough to see deep inside the machine).

Awards and cash prizes are nice (for winner), but a big part of the prize is to announce the long list and allow people to dig into some Canadian music they might not have heard. Special props to Dundas, Ontario native Dan Snaith aka Caribou for making the long list. Caribou often makes the short list and won the Polaris Music Prize in 2008 for the album Andorra.

Now for a shorter version of what’s new this week!

LISTEN: STRANGE TO EXPLAIN ​BY WOODS

MOUSE ON THE KEYS – ARCHE

This is me, picking favourites again. Mouse on the Keys are a piano-led post-rock group from Tokyo, and Arche is their fourth EP. They even made their way to Hamilton to perform at Winterfest several years ago (their website now contains a notice that they’ve canceled their newest Canadian tour, with great regret, due to COVID-19).

LISTEN: ARCHE ​BY MOUSE ON THE KEYS

I wasn’t sure if it was a joke or not – a bunch of guys, faces hid by designer balaclavas, wielding automatic weapons, performing a lyrically altered country-rap cover of…Rascal Flatts? The mysterious performer known as RMR (that’s pronounced “rumour”) signed to Warner and there’s been a lot of anticipation. The EP is getting mixed reviews. Check it out for yourself.

LISTEN: DRUG DEALING IS A LOST ART BY RMR