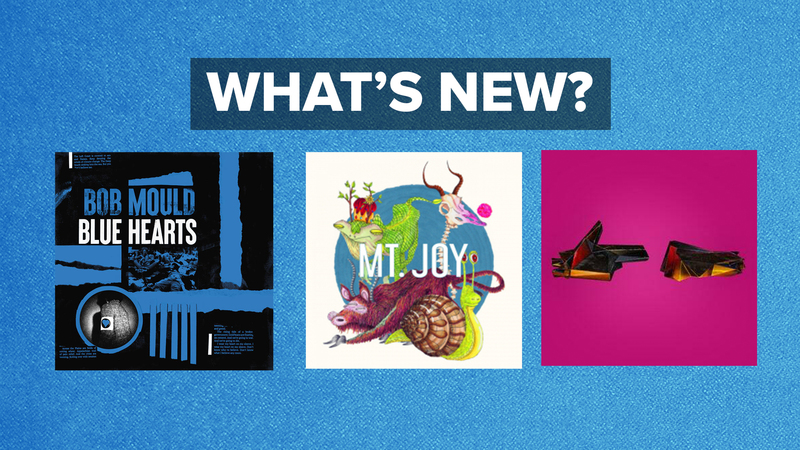 Welcome back to your weekly grab-bag of random goodies, collected from the submissions scattered through the CFMU music office inbox. We aren’t playing too much new music these days but we’re still receiving it, and this is our way of telling you about some of the notable releases!

Last week, there was no release as notable as RTJ4, the long-awaited new album from Killer Mike and El-P, aka Run The Jewels. The album was so hotly anticipated it could have been a disappointment – but the good news is, it exceeds expectations. El-P’s production features some nods to old school sounds (including a spot by guest DJ Premier on “Ooh La La”) but still maintains that aggressive future funk that is RTJ’s signature sound. He and Mike trade some of the best rhymes they’ve ever written – clever and concentrated lines that are occasionally personal and often political (if Mike whispering “I can’t breathe” on 'Walking in the Show’ doesn’t give you chills, well, you have no soul). The vinyl will be released in the fall, but the download is available at runthejewels.com. It’s free, but hey. Give ‘em your money.

LISTEN: RTJ4 BY RUN THE JEWELS

Personal bias time – I’ve always been a big fan of Bob Mould, whether it be his work with punk rock icons Hüsker Dü, his band Sugar, or his solo work. American Crisis, his newest single, hearkens back to his earliest days. It’s melodic but damn it he ticked off. More unabashedly political than some of his work, the song doesn’t suggest that the singer and songwriter is almost sixty.

As pe their Bandcamp page, “Mt. Joy started off as a rekindling of shared musical ambitions between high school friends Matt Quinn (vocals, guitar) and Sam Cooper (guitar).” One day they wound up in Los Angeles and were reunited. With the addition of multi-instrumentalist Michael Byrnes they became Mt. Joy (a mountain in Valley Forge National Park near Sam’s childhood home). Exclaim Magazine says ” Sophomore albums usually carry a lot of pressure for new bands: a debut album typically features songs the band had been writing for years, but the follow-up rarely benefits from that much gestation time. This pressure proved favourable for Mt. Joy, who have delivered Rearrange Us, a beautifully written record outlining the stages of a romantic catastrophe.”

LISTEN: REARRANGE US ​BY MT. JOY