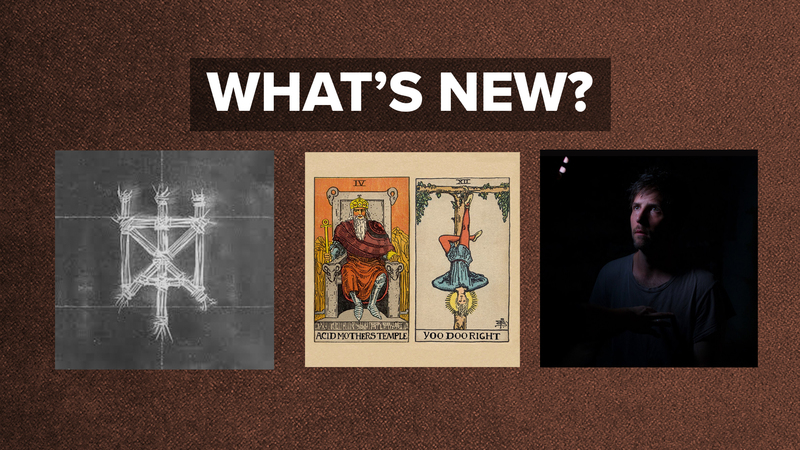 It’s difficult to write about music when the entire world is in the shape it’s in…but then again, music is one of the places we can turn when we need solace. Hopefully you’ve been able to find that solace wherever you can! This week’s round-up of records include a few of the titles that have drifted into the radio station’s music inbox. Look ‘em up online. Now more than ever, artists need your support!

Okay, you might not find “solace” in Montreal-based rapper and producer, Ashanti-Mutinta, known onstage as Backxwash. Their latest starts with a dark, doomy beat and a Black Sabbath sample of Ozzy crying “Oh no, please God help me” and only grows darker and more aggressive from there. Then again, there’s a solace in the righteous anger of their experimental industro-hip-hop. God Has Nothing To Do With It is another solid entry in the prolific artist’s discography.

LISTEN: GOD HAS NOTHING TO DO WITH THIS LEAVE HIM OUT OF IT BY BACKXWASH

Singer/songwriter/violinist/composer/arranger Owen Pallett dropped Island with very little lead-up, making it a wonderful surprise for fans. Recorded at Abbey Road Studios with the London Contemporary Orchestra, it’s the first release since 2014’s In Conflict. Pallett has won a Grammy for his arrangements (Arcade Fire) and has worked for everyone from Frank Ocean to Taylor Swift. His own music tends to be cerebral, beautiful, moody and yet somehow uplifting. Island ranges from dense orchestral productions to sparse arrangements. Exclaim! Magazine says “Island represents a tender, more melancholic chapter in Pallett's repertoire, but one that offers a refined perspective.”

Okay, this one’s for me and a handful of others, but I honestly didn’t think you’d mind. Montreal psych/experimental act Yoo Doo Right have released this split single, covering the Acid Mothers Temple live staple “Speed Guru.” I think? It doesn’t really sound like the AMT song. Maybe they just borrowed the title? I don’t know, but it’s a cool, spacey jam. As for AMT, they are decidedly not for everyone. In short: the Nagoya, Japan based “freak-out group” are a collective of musical maniacs making psychedelic monster music with long jams and freaky synth sounds. They have over 60 albums as AMT & MPUFO alone, not including other versions of AMT (such as Acid Mothers Temple and the Cosmic Inferno) and countless solo projects. The new split single was released exclusively by Exclaim! Magazine on June 4, but will be widely avialable June 5. For now, listen to the latest music from both bands below.