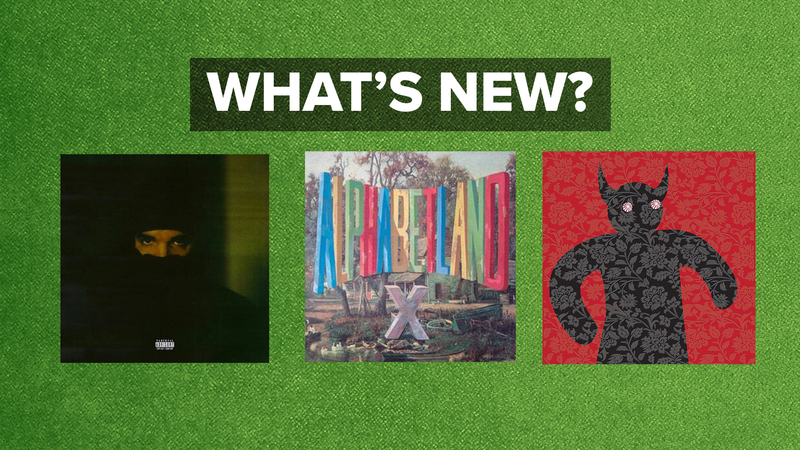 It’s still really quiet here in the basement of the McMaster University Student Centre. Come to think of it, why aren’t I cranking the heck out of some new releases? There’s so many good albums still coming out...and in lieu of being able to play them on the airwaves, let us simply point you in a few directions! Here’s some of the titles that we saw come into our music office this week.

TINY BILL CODY – THE DEVIL WILL GIVE YOU CANDY

tiny bill cody is the performance alter ego of Tor Lukasik-Foss, a Canadian artist whose creative practice has integrated music, performance, storytelling and visual art. I stole that verbatim from his bio. Tor has been making music in Hamilton for decades and this four-song EP is the first release in a little while. Over the years tiny bill cody has bounced around stylistically. This release leaps out of the gate with sparse, folk-blues (“Ain’t Got No Blues”) before slowing down with “Call of the Wild” and its high lonesome vibe. The Devil Will Give You Candy sounds a little bit wry, a little bit dark, a little bit tongue-in-cheek, and even a little bit serious – sometimes, somehow, all at once – like the best of tbc’s work.

LISTEN: THE DEVIL WILL GIVE YOU CANDY ​BY TINY BILL CODY

Very well known, very much rich, very much a superstar – not usually the sort of artist CFMU feels the need to promote, because, you know, he’ll top six squillion downloads before Friday. Still, it’s been a while, and to ignore it makes no sense. He’s been teasing this for a while, and the collection (recorded with 17 different producers, I believe) is pretty strong and very Drakey. He calls these 14 tracks “leaks and joints from SoundCloud” and “some new vibes” so it’s a mish-mash of material, but don’t be tricked, they sure aren’t “demos” as the title suggests. It’ll be interesting to see what the world makes of it. Scorpion saw Drake’s poorest reviews... but was the second-best selling album of that year.

On the other end of the spectrum, there’s X, the legendary L.A. punk band known for strong melodies and a bit of twang. They’ve released Alphabetland, their first album in 27 years (or 35, if you’re looking for an album released by the original line-up including John Doe, Exene Cervenka, Billy Zoom and DJ Bonebrake). The record revisits the group’s original sound, and really, as comeback albums go, it’s far better than most.