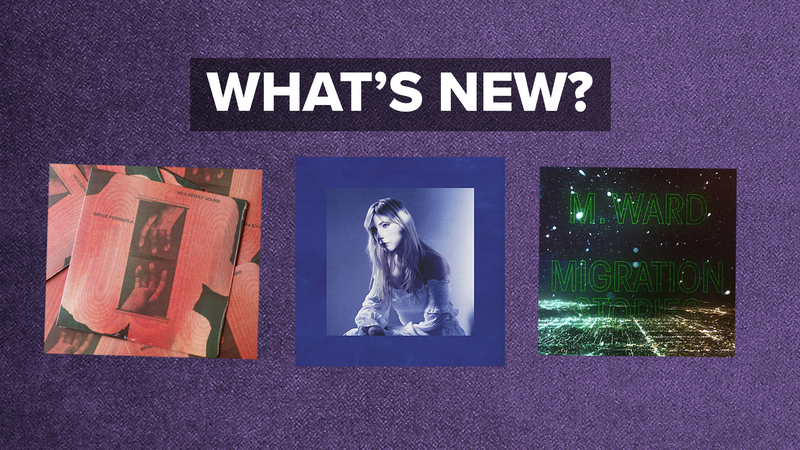 Hey folks! Sending much love from the CFMU studios where yours truly, CFMU Program Director Jamie Tennant, is the sole human being around. It’s like my own personal isolation chamber.

As you may have noted, CFMU is running previously-aired, pre-recorded programming. Occasionally, if possible, we slip in a new show a volunteer recorded at home. Like everyone else, CFMU is “closed” to help flatten the curve of COVID-19.

Of course, a radio station doesn’t “close.” What it means is that while we broadcast and update our website and social media, none of our amazing volunteers are allowed to enter the studios. So what about all that new music that’s simply not getting played?

We’re still receiving it and we’re still checking it out. It’s all going to get played once we’re back on the air in a regular fashion. In the meantime, here’s a few titles that have caught my eyes and ears.

Linnea Siggelkow’s dreamy pop is even dreamier than ever. Some of the gauzy, showgazey fuzz has disappeared, replaced by a deeper sense of melancholy and self-reflection; the songs are stronger than ever and Siggelkow’s sweet yet sad vocal performance is compelling. It’s impossible not to be moved by the emotional frankness of Born Again, especially when that honesty is supported by songs this good.

Bruce Peninsula return with a new full-length album, No Earthly Sound (officially released this week on April 17). The Toronto trio of Misha Bower, Matthew Cully and Neil Haverty have been part of the indie scene starting in 2006 but haven’t released anything since 2012’s Of Songs. In the past, the band has "toyed with gospel, folk, and progressive rock, aiming at a style with 'genre-less' qualities” and the new album. A huge number of collaborators – 23 – appear with the band, including members of The Weather Station, Hamilton’s Twin Within, Jennifer Castle's Angels of Death, Isla Craig and others.

The latest full-length solo release for the singer-songwriter was recorded in Montreal with Arcade Fire's Tim Kingsbury and Richard Reed Parry. The singer-songwriter (and half of She & Him, with Zooey Deschanel) is subdued on this outing, but it’s a thoughtful kind of mellow; give it a few extra spins and feel yourself sink into its rhythm. The first single, “Unreal City”, illustrates a bit of the record’s upbeat side (and its title is what I think every time I look out my window at the streets of Hamilton today).