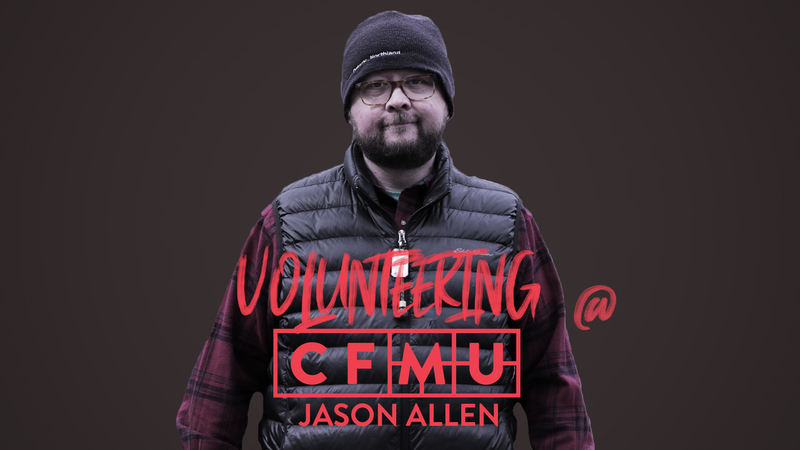 In this time of climate emergency, independent reporting on environmentalism in Hamilton is more important than ever.

This city has an entire network of individuals and organizations doing great work across the entire spectrum of disciplines related to climate action. And that’s fantastic! But what if you’re ready to step in and do your part, but feel overwhelmed by the sheer amount of information out there and unsure of where to begin? And even if you are active in local environmentalist circles already, there's always something new to learn.

Wouldn’t it be great to hear from an experienced guide doing wide-ranging coverage of Hamilton’s environmentalist movement – from large organizations to dedicated individuals, from breaking news to longstanding stories? Someone to both educate and inspire you?

Good news: Jason Allen’s lifelong passion for the environment and his experience with adult and youth education, local politics, and public transit all make him a great candidate for the job. Here at CFMU, he hosts The Environmental Urbanist (Tuesdays 1-1:30 PM EST), a weekly show that, as the name implies, is all about the relationship between cities and climate. In this feature, Jason talks about his life’s work, the show, and the one thing he wishes everyone understood about the climate crisis (spoiler alert: it’s in the title!). 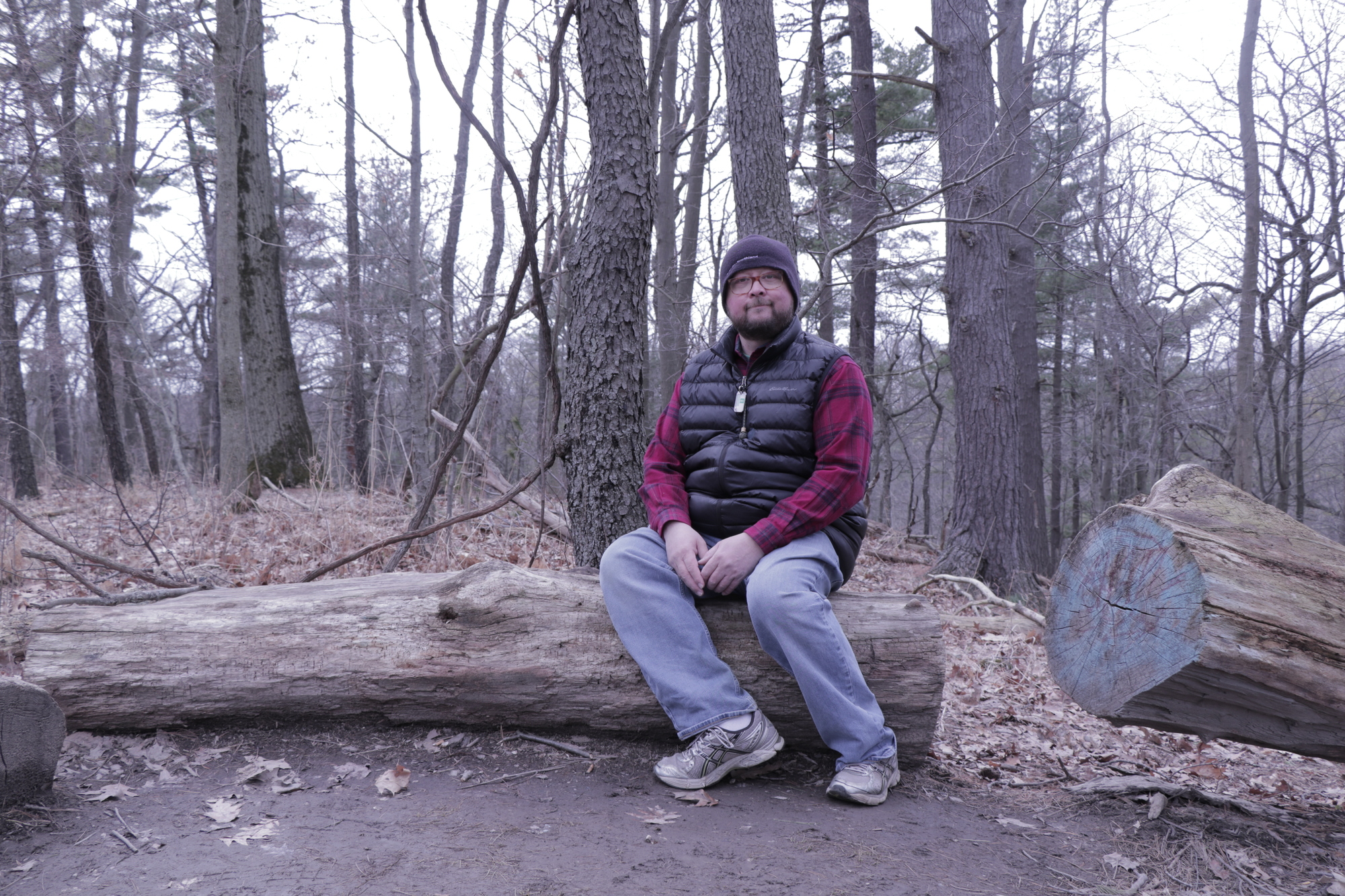 Photo: Jason sits on a log in Cootes Paradise.

Let’s start with you! What do you do?

I have a consulting firm called Third Way Consulting that does work on cultural change, creativity and adult learning. I also founded Woodcraft Canada, which is a youth recreation program based on the principles of diversity and inclusion, social justice, and love and care for the outdoors. I’ve been active in neighbourhood and West Hamilton politics and civic life for years and have run in Ward 1 as a candidate for City Council in the last two elections. I’m in the middle of completing a Certificate in Outdoor Education Outcomes from Cornell University.

How did you get to where you are now?

I have always been passionate about the environment, and the past decade I’ve spent getting kids into the outdoors has been among the most rewarding work I’ve ever done. I see a lot of misinformation out there about what we can do to save the planet – we spend a lot of time shaming each other over individual choices, when those choices are relatively meaningless in the face of a system that incentivises corporations to push the cost of reducing their environmental damage on consumers.

Name 5 of your favourite things in the world.

I have always been passionate about the environment, and the past decade I’ve spent getting kids into the outdoors has been among the most rewarding work I’ve ever done. 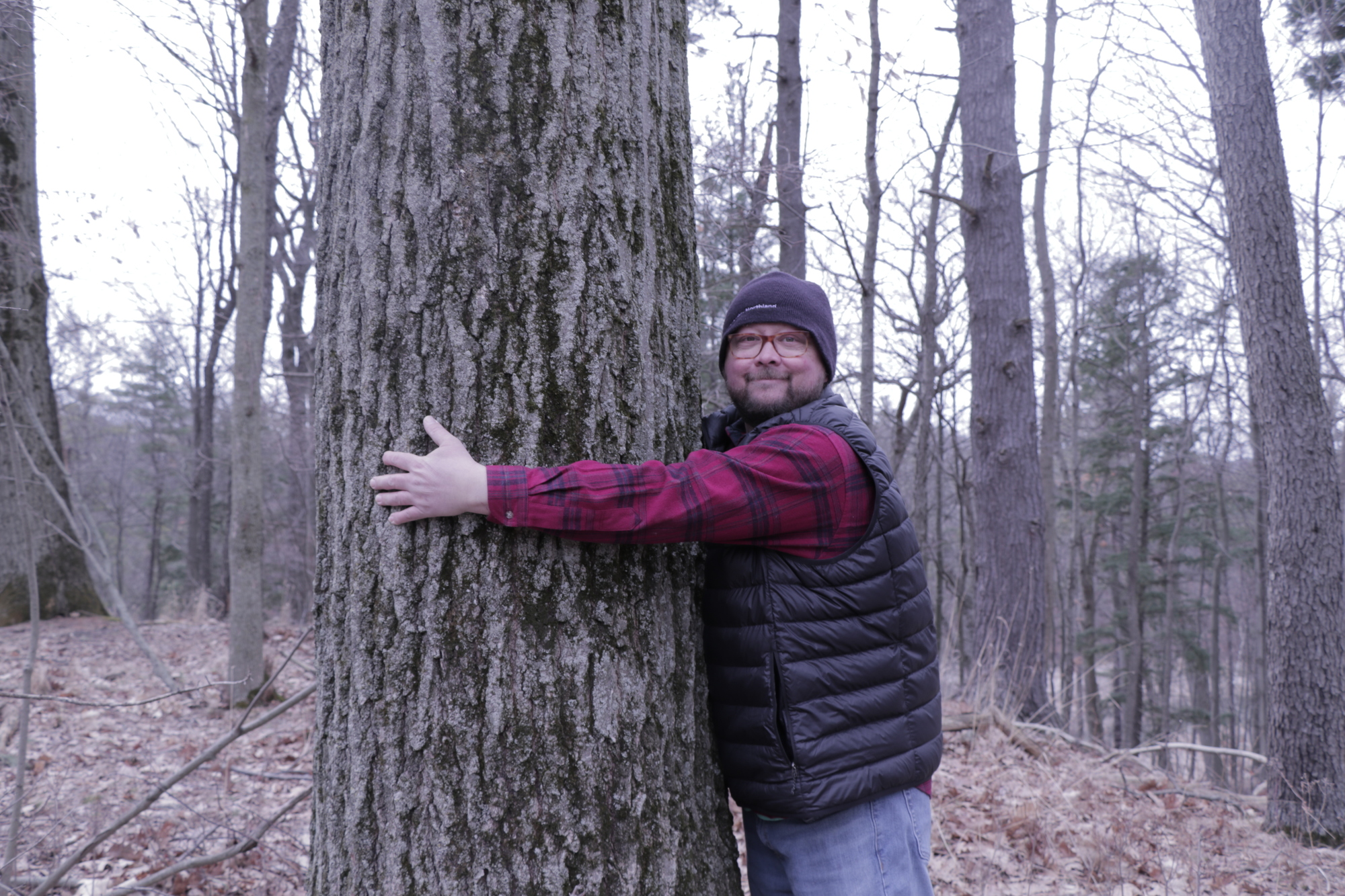 Do you think there’s something about your experiences or personality that draws you to radio as a medium?

I have always loved radio, since I did campus radio in the 90s at CJSW at the University of Calgary. I rarely watch TV, movies or Netflix, but listen to the radio almost constantly. It’s just the medium I most closely relate to. As someone who has made their living for the past 15 years talking to people and sharing stories to help them to learn about themselves and the world (adult education), there is something about radio that resonates.

Describe the premise behind The Environmental Urbanist. How did you get the idea for the show?

I have wanted to be back on the air pretty much since I left campus radio in ’93 and have often said that if I had a chance to do it all over again, I’d be a broadcaster. As for the topic of the show itself, it seemed to me that there were a relatively small number of environmentalists in Hamilton that were getting a whole bunch of ‘airtime/publicity’. The show gives me a chance to profile people who are doing really good work, but maybe aren’t so good at self-promotion, which a lot of friends say pretty much describes me.

I have wanted to be back on the air pretty much since I left campus radio in ’93 and have often said that if I had a chance to do it all over again, I’d be a broadcaster. 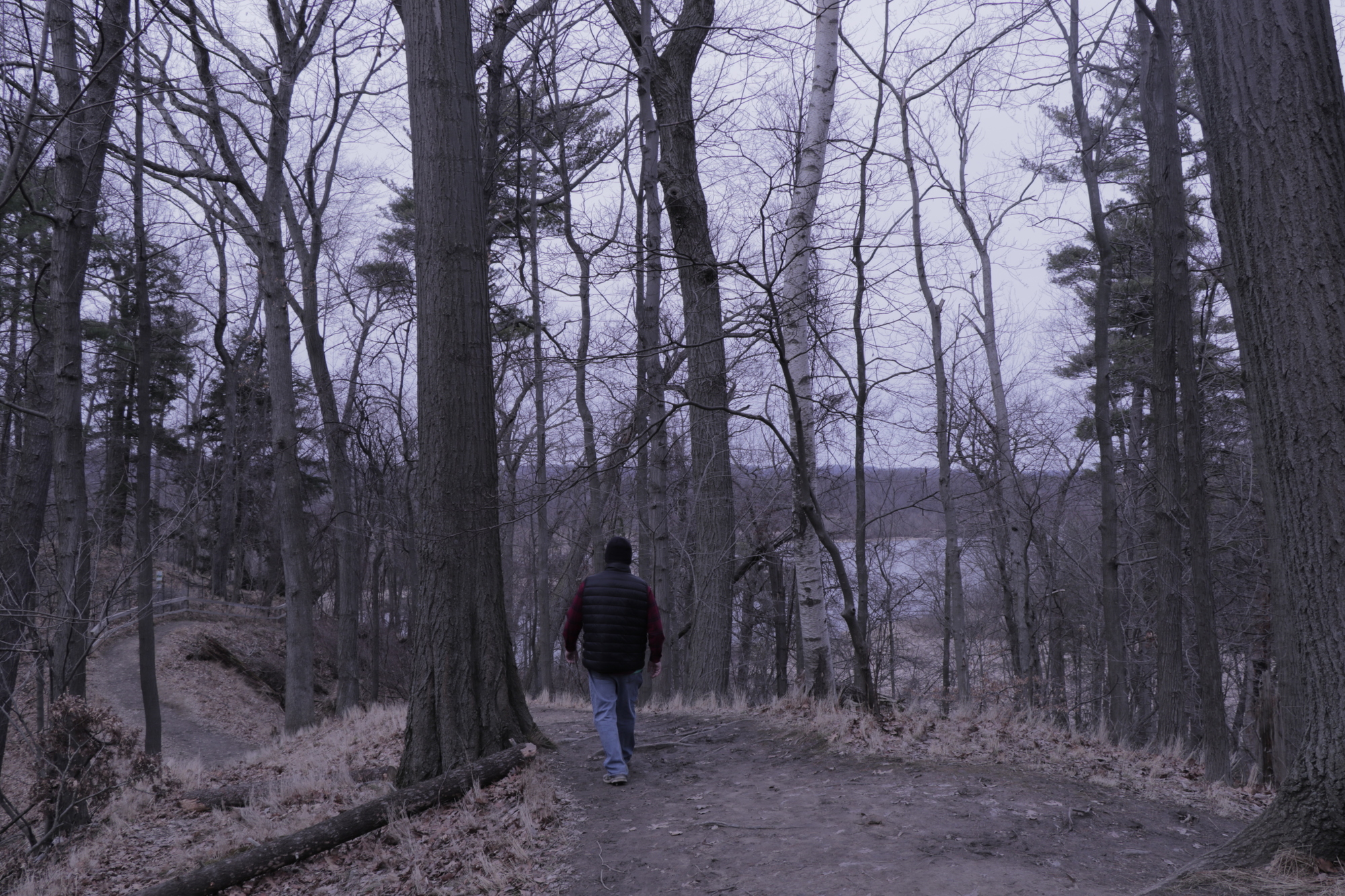 Photo: Jason walks along a path in Cootes Paradise.

Think back to your first episode of the show. How were you feeling? What’s changed since then?

My first episode I was terrified I would press the wrong button or screw something up.  Since then, I have listened to a whole lot of other shows on CFMU, come a LONG way in my technical knowledge, and realized that we are all amateurs/volunteers. We are all doing our best, and as long as I’m committed to constantly getting better, it’s OK. I have yet to nail the transition to the next show though (which is pre-recorded), so that’s my goal for my technical skills for the next little bit.

How does your experience in the field of public transit inform the show?

I have actually tried to shy away from having a lot of transportation-themed shows, because I know so much about transit and have such strong opinions. I was in the industry for a decade and just soaked up everything I could. I love transit and am passionate about it, and don’t think I would do a very good job with letting a guest have their say if I were to have a show about it. That said, love of active transportation underlies almost everything on the show – it comes up all the time, because it is such a profound shift in our individual and collective carbon footprints.

Do you have a favourite episode of the show so far?

My favourite episode so far is the one a few days after the Sewergate scandal broke and Alan Hansell from Stewards of Cootes Watersheds agreed to come on the show.  His board had decided literally the night before that they were no longer going to be neutral, but would take a more advocacy approach to the issue.  He then spent 30 minutes dropping some serious knowledge about the city’s sewage infrastructure and how the Sewergate problem was just the tiny tip of the iceberg of our waste management issues. He was grateful that I didn’t try and railroad him into taking any one particular stance, I just let him say what he needed to say. It was magical.

Love of active transportation underlies almost everything on the show – it comes up all the time, because it is such a profound shift in our individual and collective carbon footprints. 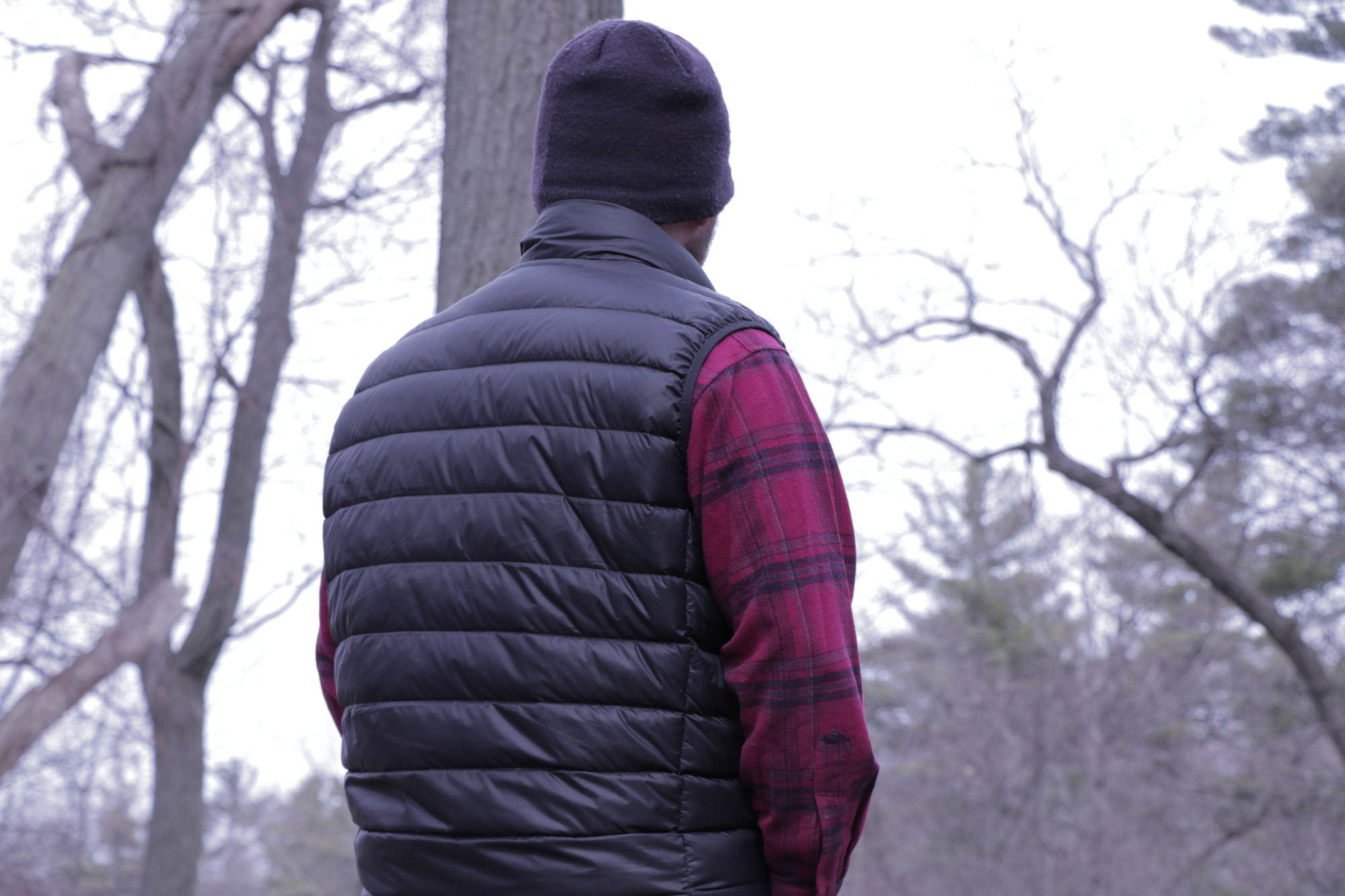 Photo: Jason looks out over Cootes Paradise from the top of a small hill.

Are there any topics you haven’t yet covered on the show that you’d like to get into in future episodes?

Yes. We will have some shows coming in the next few months about the environmental movement’s problems with addressing race and disability.  The global movement – especially in the UK, but here too – does a generally terrible job of being what is called ‘intersectional.’  When I tell straight white, able-bodied friends who are of an environmental mindset that I plan to address the topic head on they all start to squirm, which to me means it’s a topic that desperately needs addressing.

How would you say that hosting this show has impacted your life?

For one, it has introduced me to a whole ton of new information, and many, if not all of the people I have spoken to have inspired me to do more in my fight to save the climate. I hope my listeners feel the same way.

What’s one thing you wish more people knew about the climate crisis and public policy?

That individual action is virtually meaningless unless we take collective action. There are simply not enough people who take this seriously enough (nor will there be in time) to fix the problem through individual choices. We need collective action like ending fossil fuel subsidies, phasing out gasoline powered vehicles, shifting towards geothermal and solar heating and power. 1000 people putting solar panels on their roof will have a very small impact. 1000 people writing each and every MP and telling them to offer heavy incentives for solar power would make a huge difference.

Individual action is virtually meaningless unless we take collective action. There are simply not enough people who take this seriously enough (nor will there be in time) to fix the problem through individual choices. 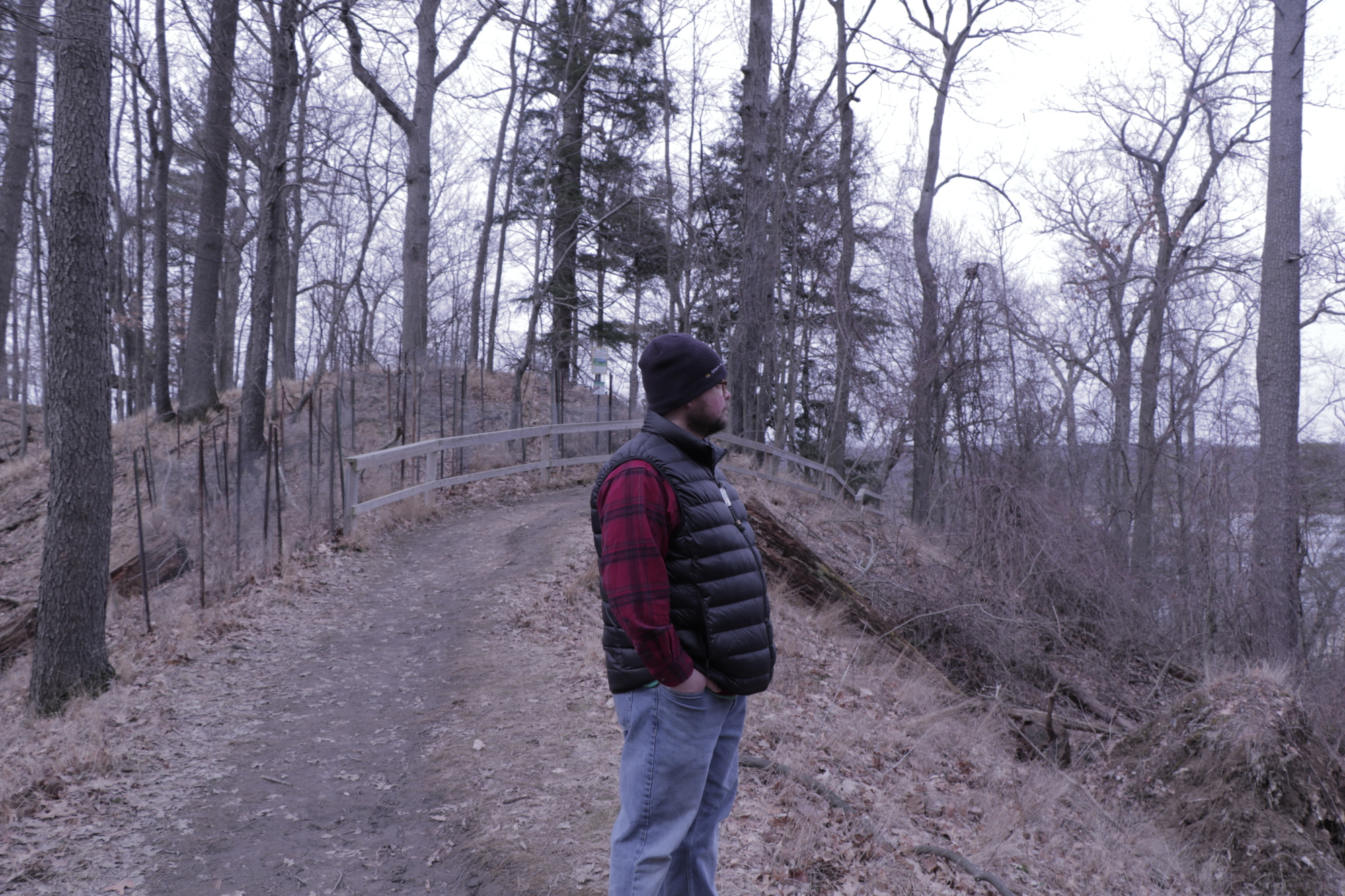 Photo: Jason looks out over Cootes Paradise in side profile.

Do you have any advice for anyone interested in hosting their own radio show?

Try and find the balance between what you love, and what people want to hear. I found the process of applying for the show to be very supportive and welcoming, and the staff and volunteers at CFMU have gone way above and beyond to help me get out of a jam, or to make sure I knew what I was doing. It’s a great station, and it’s the people who make it that way.

Do you have a message for your listeners?

Yes – let me know if there is anyone or any topic you want to hear. Especially, if you know of someone doing good work who might not be getting a lot of recognition, please put them in touch. Those are my favourite people to have on the show.

...The people I have spoken to [on the show] have inspired me to do more in my fight to save the climate. I hope my listeners feel the same way. 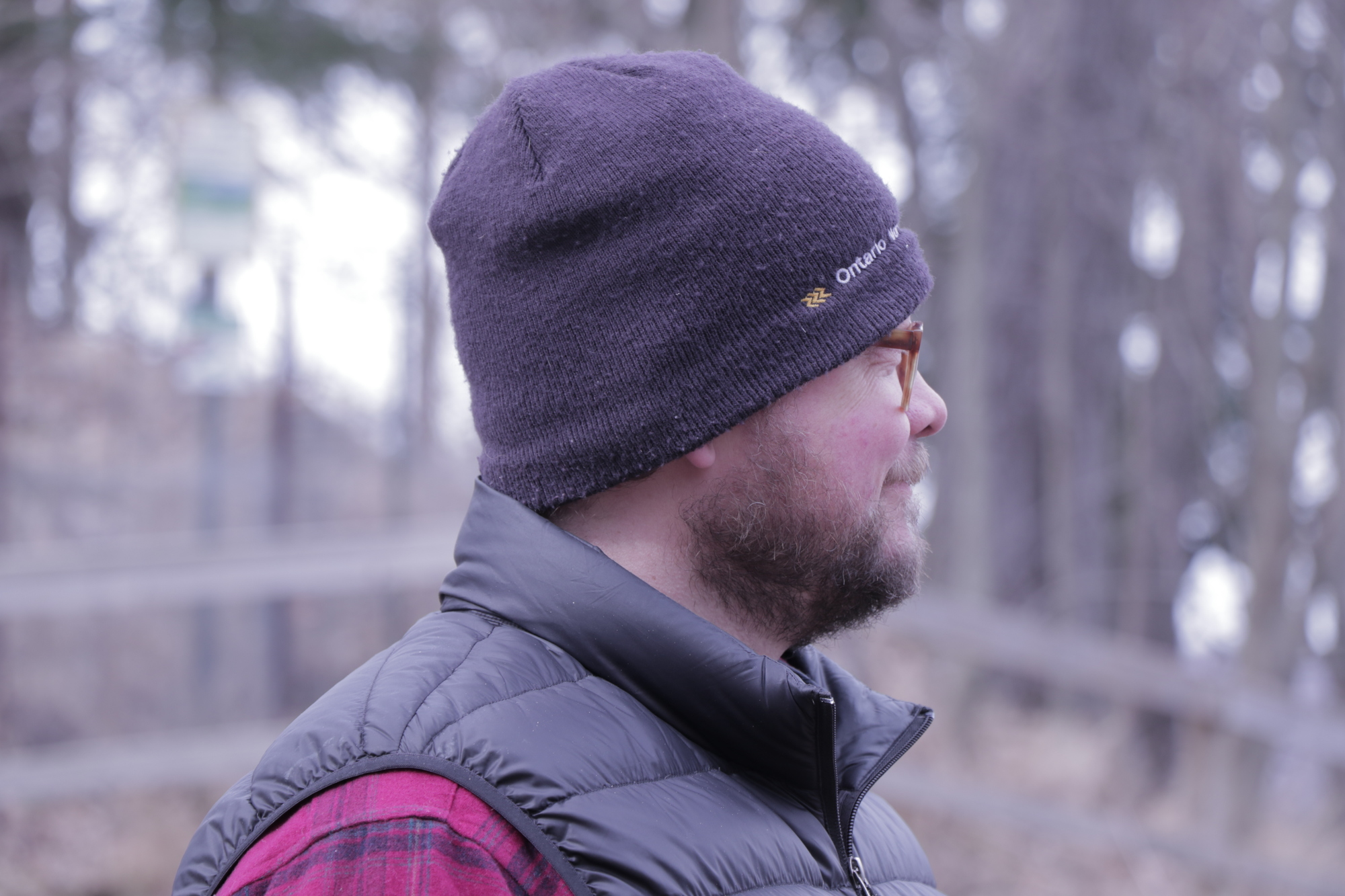 Photo: A close-up of Jason looking out over Cootes Paradise. He is smiling slightly.

One thing I find particularly gratifying about this interview is the connection Jason makes between radio and education. Independent radio as a medium has great potential to give us a more nuanced perspective on the world we live in, through interviews and other forms of news coverage. It’s wonderful to have volunteer hosts here at the station who are on-board (or on-air!) with using that potential to the fullest.

On that note, I’d especially like to draw attention to Jason’s emphasis on exploring new topics and interviewing lesser-known environmentalists in the community. When it comes to news-driven broadcasts like this, knowledge can’t stand on its own; curiosity and drive are also necessary to continually explore new facets of a topic, especially a topic with significant, wide-reaching implications like this one. It’s the combination of both these things that makes The Environmental Urbanist what it is, and that’s down to the host himself.

In short, thank you for all you do here, Jason. We’re happy to be part of your return to campus radio! 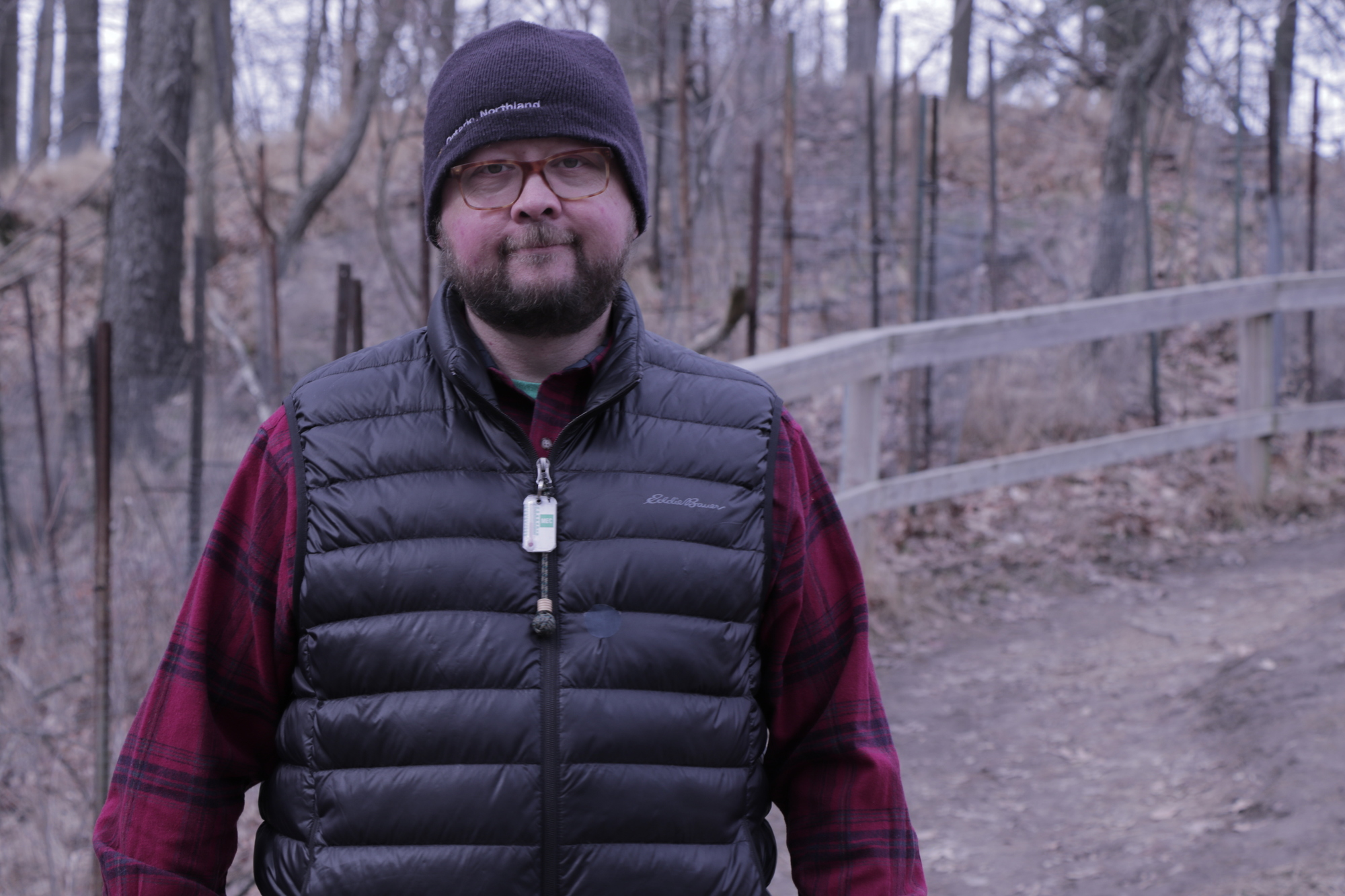 Photo: Jason walks along a path in Cootes Paradise.

Olivia Fava is a 2019 McMaster linguistics graduate, the current Community Outreach Coordinator at CFMU, and the host of MorningFile. Contact her through email at cfmucom@msu.mcmaster.ca.