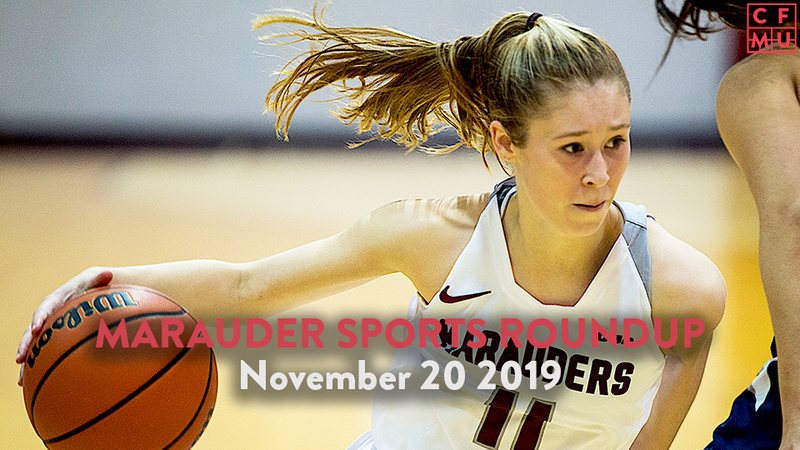 There’s just a few more weeks until it’s time to step away for the winter break. Some teams’ seasons are drawing to a close, while others  will return in 2020. Everyone  will make strong pushes to gain momentum before the long break, so now is the time to tune in if you haven’t already. More exciting teams will be joining the slate in January so don’t forget to add seeing more Marauder games to your New Year’s resolutions. While we’re still in 2019, though, let’s take a look at what went down this week.

Football Hits a Wall in the West

The Marauders’ dream run through the postseason met  a sad  end outside of OUA play on Saturday. Mac travelled west to play Calgary in the Mitchell bowl. The stakes: a berth in the Vanier Cup national championship game.

There’s no doubt that the Calgary Dinos had our  offense’s number. The Marauders have relied  on gaining chunks of yards on the ground in  fewer attempts and using that  to open up their passing game. The Dinos held Mac to just 69 yards rushing, which both areas of the offence suffered for . Mac had a  decent 5.1 yards per carry, but only ran the ball 13 times. Jordan Lyons was on his way to a nice performance, averaging almost 8 yards per rush, but only got the ball 7 times. Mac put the ball in Quarterback Andreas Dueck’s hand more as the game started to get away from them. Dueck threw the ball a season high of 46 for 297 yards with a touchdown and a pick. On the other side, the Dinos ran 34 times for 238 yards. This allowed them to do two things: control the time of possession and pick apart the Marauder secondary in the pass game. Calgary scored first with a long drive at the beginning of the first, and the teams traded punts for the remainder of the first. Mac scooped a Calgary fumble early in the second, which they were able to flip into a touchdown. Calgary was able to respond right away by nabbing  7 points of their own, and the teams each put up field goals. Going into half, the score was 17-10 for Calgary.

The third quarter was largely a defensive stalemate, but Mac surrendered a brutal 11-play drive that ate up the clock and ended with a Dinos field goal, the only score  of the quarter. It was in the fourth that the  game fell apart for Mac. Calgary added 10 more points, making it 13 unanswered in the second half. The Marauders did put together a nice touchdown effort, but it was too late; Calgary was able to just run out the remaining seconds. The Marauder defence had great moments again, led with  12 tackles from Eryk Bujalski and 3 team sacks. Sadly, though, they  were unable to overcome the rough offensive day, ultimately leading to   a 30-17 Dinos victory. This puts Mac in the unfortunate  trend of 14 straight bowl game losses by OUA teams travelling west.

However, McMaster will still walk away from the 2019 season as OUA conference champions with an 8-3 overall record. And now that the season is over, all we can do is look forward to  all the things there are to be optimistic about for 2020. This is a young team; the Marauders will return with much of their elite defence, as well as key offensive pieces Andreas Dueck and running back Justice Allin, who will take over full-time starter duties from senior Jordan Lyons. Along the offensive line, Mac will lose a couple key starters. However, when starters went down with injuries over the course of  the season, the younger players were able to replace them comfortably. Mac also has a clear path to a repeat performance  as OUA champs with Western’s impending loss of Chris Merchant, its star quarterback. Not to mention the strong advantage they’ll get from the Mitchell bowl’s return to Ontario next year. Overall, this  was undeniably a tough loss, but it represents a return to yearly contention, and this team will only be stronger as we head into the new decade. 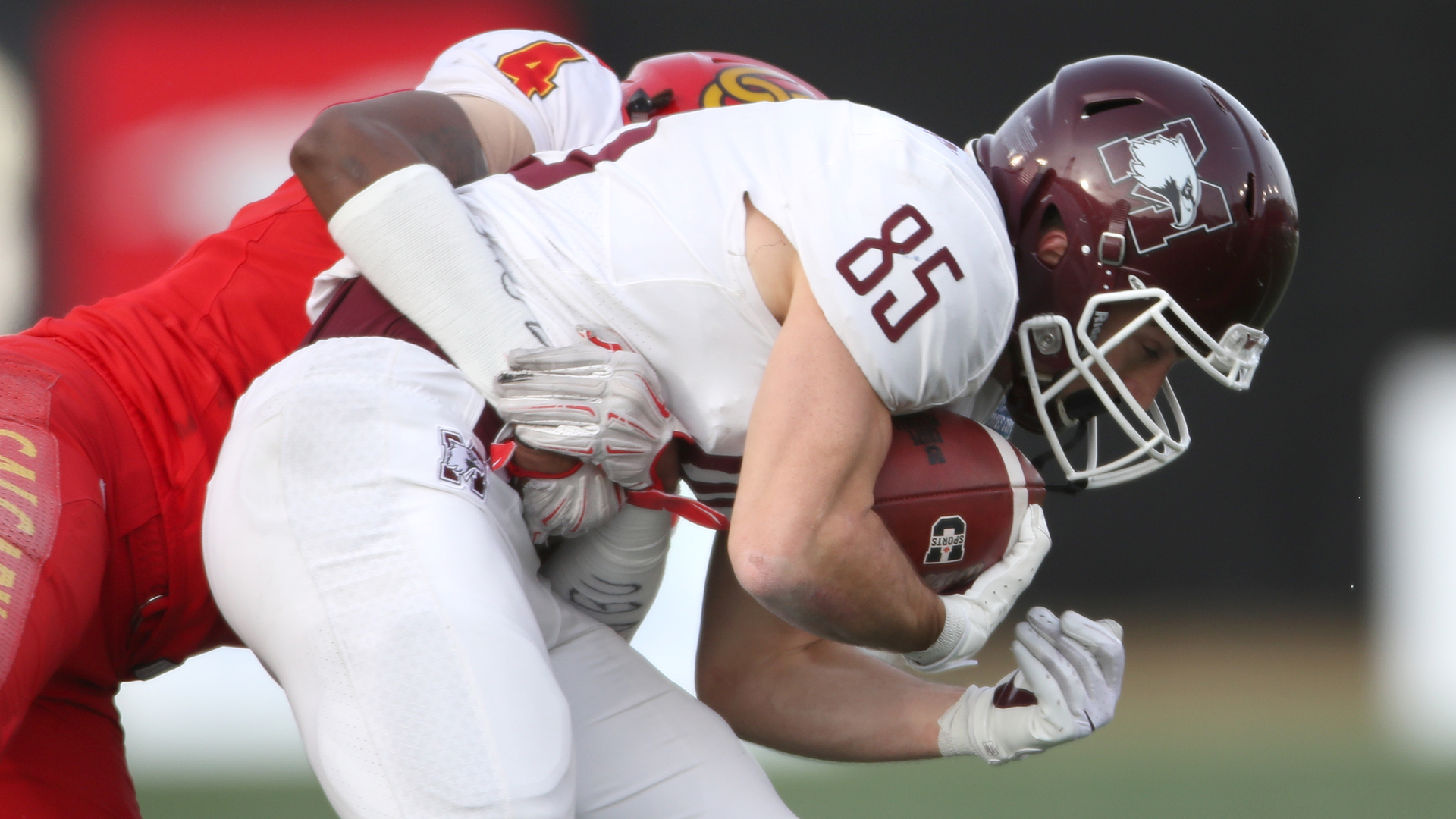 The University of Toronto Varsity Blues arrived at the Burridge gymnasium Saturday for a double header with the Marauders. Mac backed up their number 10 ranking with their  4th straight victory, with the last 3 wins  at home. The two teams traded scoring runs throughout the first half, coming down to a 4-point Marauder lead going into the half.

The third quarter saw Mac and U of T locked in a standoff, with neither team backing down . Mac was able to put together a great fourth quarter to seal an 82-77 win. They  shot 50% from the field in the final frame and  moved the ball around the court with ease. This team looked truly in sync in the final quarter, which is a great sign going forward in the season. A team where everyone’s  on the same page can play more freely and with more trust. Jordan Henry led the way with 21 points and broke 10 assists, crossing the double-double threshold for the first time in the game . While the starters played excellently, , a point of concern is that the players off the bench only accounted for 23 of total points. Once if you take out Damiann Prehay’s 18, it was not a good night for the second line. I will keep coming back to this point: star players are an amazing luxury, but lots of teams have stars. Great play from your bench is the difference between a narrow win and a bad loss in many cases. With this win, Mac jumped  3 spots to number 7 in the USports rankings. 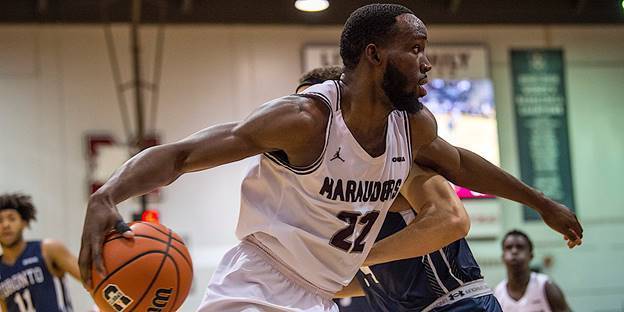 Victory was never in doubt for the women’s team on Saturday; they took a lead to start the game and never gave it up. They played with great teamwork, spreading the ball around and shooting very well. Four Marauders scored in the double digits scoring. As a a team, they shot 40%, which is a great stat for a team that has been inconsistent from the field at times. Their best stretch came in the second quarter, where sharpshooters Sarah Gates and Mia Spadafora combined to go 5 of 6 from 3-point range, leading the way to a 31-14 quarter. So many Marauders had a great offensive night, so we’ll shine the spotlight on Olivia Wilson, who had an excellent defensive performance. Wilson pulled down 8 rebounds with 3 blocks and 3 steals. Something I have been very critical of this team for is their bad habit of dropping big leads in the second half when, just when they seem to have a win secured . On  Saturday, however, they shook off that  pattern and did a great job of not losing their smart, fundamental play when they were up big. Taking the lead was never an issue, and if Mac can follow Saturday’s script rather than collapsing late, they’ll be a force to be reckoned with in the OUA.

The women’s squad was a hot commodity in the OUA coming off a three-game winning streak. They ran into some trouble this weekend, dropping two well-contested matches against York and Toronto respectively. On Friday against York, Mac lost   three close games, being unable to to gain any offensive momentum on the night or control  the game enough to take a lead. They showed some life in the third and final set, where they tied it late at 20, but York railed off 5 consecutive points to seal the result on the night.

On Saturday, the Marauders kept it much more interesting as they took Toronto (ranked number 4) to 5 sets. Mac took a hot start with a 9-point win in the first set and built a 2-1 overall lead through three sets. Toronto showed why they’re a top-5 team as they  stormed  back to win the final two sets and walk out with a victory. The women’s team  should be encouraged by the loss; Toronto is a premier program that the Marauders came within 2 points of beating. Mac is now 3-4 on the year, but the volleyball season is long and there’s currently a great foundation for this team to build on going forward. 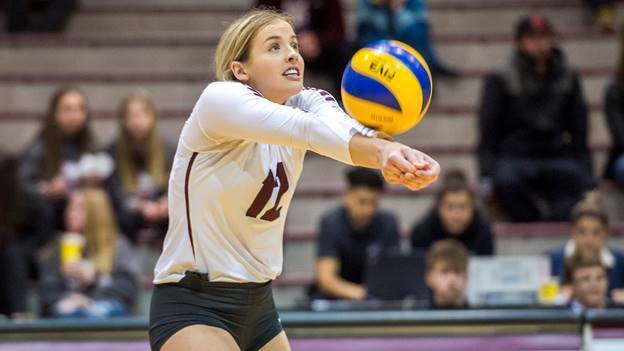 The men’s volleyball team came into the weekend with a number 4 ranking, and don’t look for them to drop. They won all 6 sets over two games, handily beating York and no.9 Toronto. Against York they dropped the hammer, winning each set by at least 8 and by as much as 12. They kept pace Saturday as they dominated Toronto again in a sweep. Toronto came as close as 2 points away in the last set,  but Mac shut the door on them, pulling away to complete  the perfect weekend. With 4 straight wins, Mac now sits at 6-1 which puts them in first place in the OUA west. 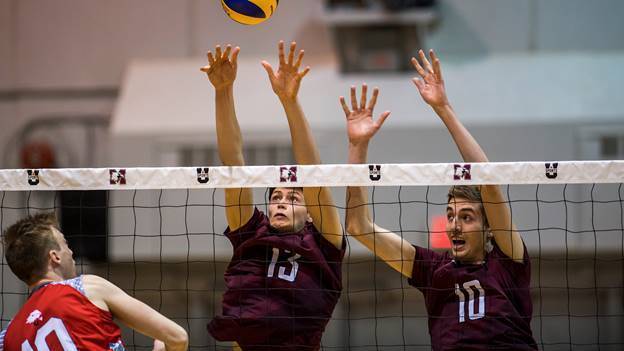 What to Watch this Week

Most teams are away from the nest this week, but volleyball plays its final games before the winter break this weekend. They will host Waterloo on Saturday; games kick off at 6pm starting with the women’s team.