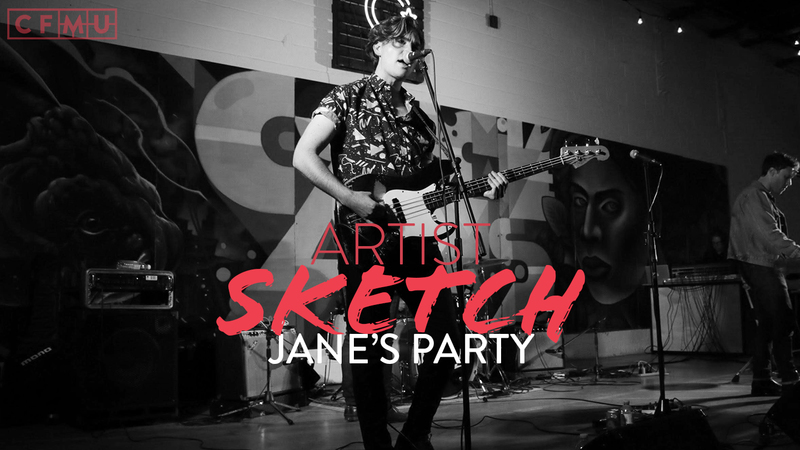 So begins Devon Richardson, and so begins the story of Toronto’s pop-rock quartet, Jane’s Party.

After the release of the first single off their latest record Casual Island, the guys have had quite an eventful year and a half. This quartet - comprised of Devon Richardson on bass/vocals, Jeff Giles on keyboard/vocals, Tom Ionescu on guitar/vocals and Zach Sutton on drums - walked me through their long friendship, Casual Island and its unintentional nautical imagery, and Jeff’s ‘thing’ with conspiracy theories.

“It begins at York University, Zach and I were in the same year and Jeff and Tom were a year ahead of us…” says Richardson, painting a picture of how the band connected. At the time, a band called Signature Sound consisting of Jeff, Tom and some friends from school were playing pub shows around campus, later adding Devon to the group. “We didn’t really kick off as a band until Zach joined, though” said Giles. Their first real gig at The Rivoli and two name changes later, Jane’s Party was born.

Fast forward twelve years, six records and a European tour, Jane’s Party has gone from recording in their garage and messing around with moogerfooger delay (thanks Jeff), to collaborating with Leland Whitty (BadBadNotGood), Kirty (Fast Romantics) and Dj Skratch Bastid on an incredible, genre-bending record. 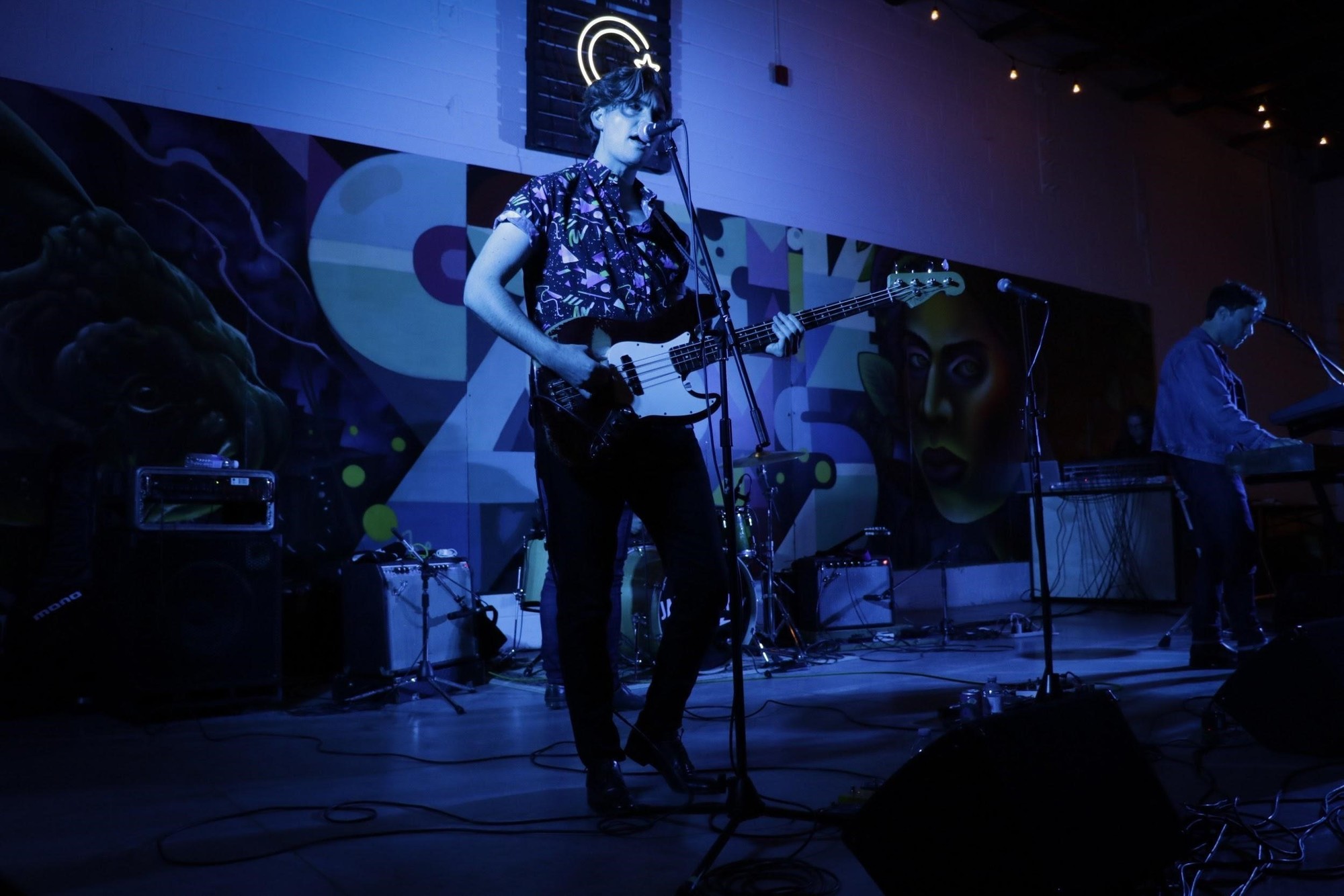 You collaborated with a bunch of new faces on this record and it really spiced up your process, can you talk a bit about what it’s like having so many people on one project?

JG: The collaborations worked out really well. We had this concept of releasing a single with a b-side, and it worked that the people we were collaborating with at the time really contrasted our sound. It was a great marriage between contrasting our originals and these covers with the people we got to collaborate with [...] genre wise, working with Skratch Bastid in particular was such a departure from our normal sound. We were really taking songs to another place that they never would have gone if we didn’t get to work with them.

DR: We worked with Derek Hoffman on this record and Greg Keelor (of Blue Rodeo) on our last. Greg was really like a spiritual guru, but Derek was down in the trenches really pulling apart the songs. Working with them both was amazing and also really different.

ZS: Derek produced seven of the tracks on the record, but we had a completely different approach for another three tracks while working with Leland Whitty, which was the total opposite of working with Derek. They were both incredible in such different ways. Half of the album is very much what we did with Derek and the covers we did, and then the collaboration with Leland which was such an organic jamming experience.

JG: Derek was really pulling it in the pop direction whereas Leland was pulling it in more of a musicianship and psychedelia direction. It was really cool to have the record be pulled in all of these different ways.

This record is definitely more mature in terms of lyricism. There are a lot of heavier themes; talk about some of the writing on this record.

DR: Heavy sh*t has happened to us, I mean really.

JG: The heaviest song lyrically was probably Acknowledgements [...] and Tom wrote the lyrics to that one.

TI: We’ll usually write songs separately and then kind of bring them to the table [...] I feel like when one of us brings in a song and the lyrics are great, we can tell right away that there is something there. ‘The Only One’ was a song that I don’t think we even tweaked, we just knew exactly what it should sound like. There were a lot of songs like that on this record.

ZS: It’s interesting cause some of the heavier stuff, speaking to ‘Acknowledgements’ and ‘Wait For You’ in particular, that heaviness was born out of positive experiences and the sadness that you feel when it’s over [...] Some of the darker moments are realizing that this journey that we’re on is so fleeting as well, including the positives.

JG: Another tidbit, is that there is a lot of nautical imagery which wasn’t even intentional. We have ‘You’re The Light’ which is kind of about being lost out in the ocean [...] we ended up actually using this French poetry in ‘Straight From The Heart’ that we found out later was alluding to nautical imagery and the albatross which is the bird of the sea. Casual Island was the whole concept of the record, so we had this perfect mistake come together creating a current throughout. 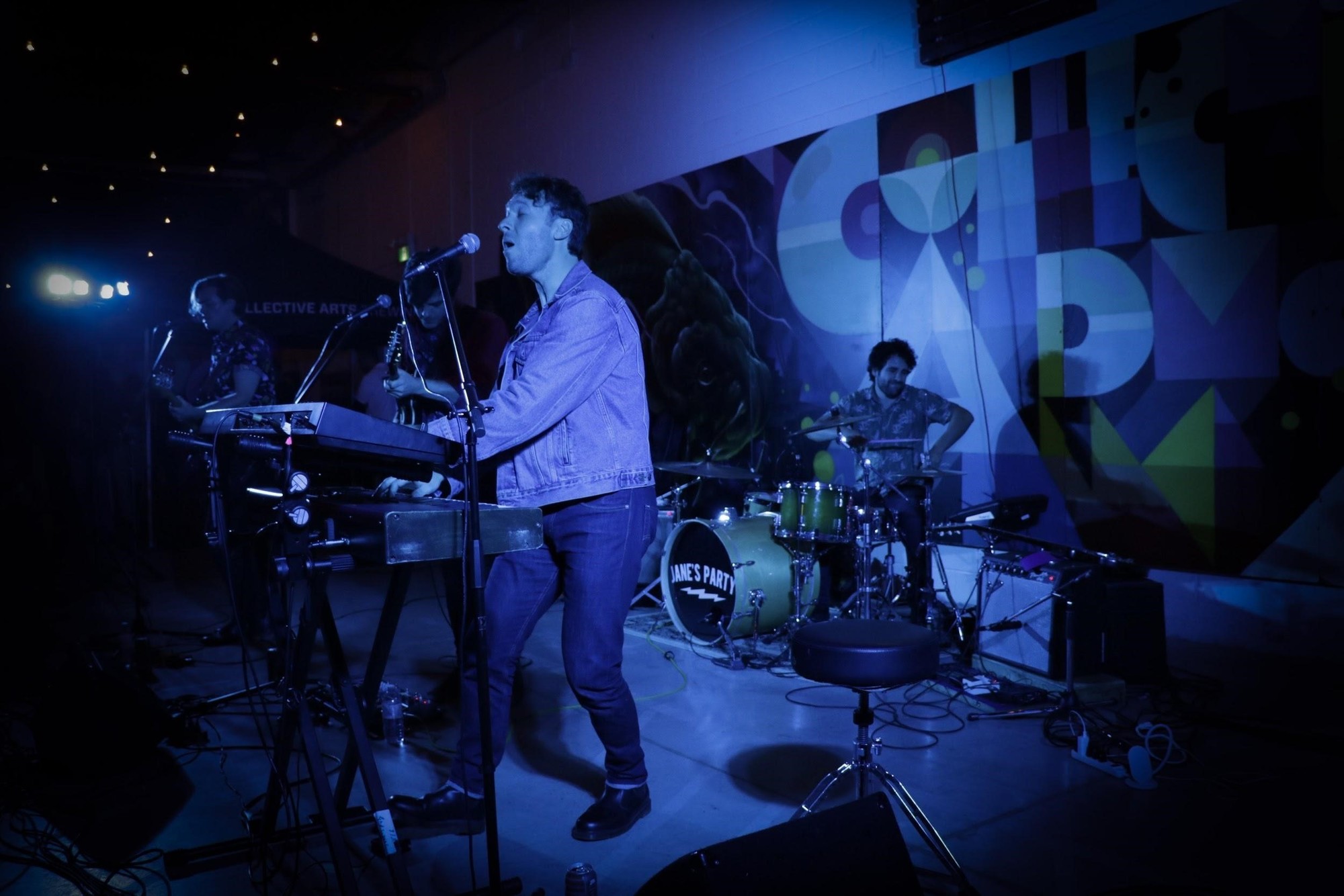 I think it’s really awesome that you do breakdown videos of specific tracks on your YouTube channel, can you talk about those a little bit?

DR: Yeah our “The Making Of” videos. If you’re into stuff like song exploder... I really love that and the idea was inspired by that. I’m recording these ideas into my phone so I have the exact day that it came to me, why not put it together and show people how it’s made.

ZS: On this note as well, one thing that we’re doing on this tour is some workshops that are geared toward kids, musicians and families in general. We’re performers but naturally we enjoy teaching as well and I think its a bigger part of the music ecosystem...having both the performance element but also being face-to-face or having things on YouTube with the people that want to go a little deeper in the technical process. We’re all music fans and have done lessons and I think it’s something that’s ingrained in us.

‘Satellite’ was one of the tracks highlighted in your Making Of videos, in the breakdown you touched base on what inspired the track and your interest in conspiracies...

JG: Haha yeah...this song was written about having this experience where you connect with someone across the room, maybe it’s just eye contact but they sort of imprint on your mind and then that person is gone forever...you have no way of getting in touch with them, they’re just in and out of your life - that’s sort of the idea of what this song is about. Around the same time I was sort of obsessed with this one conspiracy theory called The Black Knight Satellite. It’s supposed to orbit the earth north-south instead of east-west...it’s really difficult to send a satellite in that direction, so it sort of blinks in and out of existence. It’s a lot of hocus pocus but it’s a really cool theory. Anyway, I tied that into the bigger idea of the song. A lot of times what’s more exciting than going up to meet that person and realizing that there isn’t a connection there is the mystery or what if. [...]The mystery is more enticing than the actual end game.

Watch: The Making of 'Satellite' by Jane's Party

Since you’ve been touring and promoting this record for the last year and a half, what keeps the momentum going when you play the tracks live? Any favourite songs?

DR: It might be a different track each night, but honestly when you really nail it! For me right now ‘Straight From The Heart’ has been feeling really tight and the fan reaction is always awesome so that is definitely one of my favourites.

TI: We just added Arrow to the setlist more recently and it’s starting to really feel comfy now, it definitely took some time but it’s really starting to feel like home.

ZS: I always like to feel slightly uncomfortable when playing. I really like having that one song that isn’t quite as polished as the others and gives you that nervous energy that you get your best playing from.

JG: I think my favourite song to play right now is actually a cover, Witchy Woman is definitely my favourite right now. It’s something different and there’s something about a bunch of vocals and harmonies that’s really great. 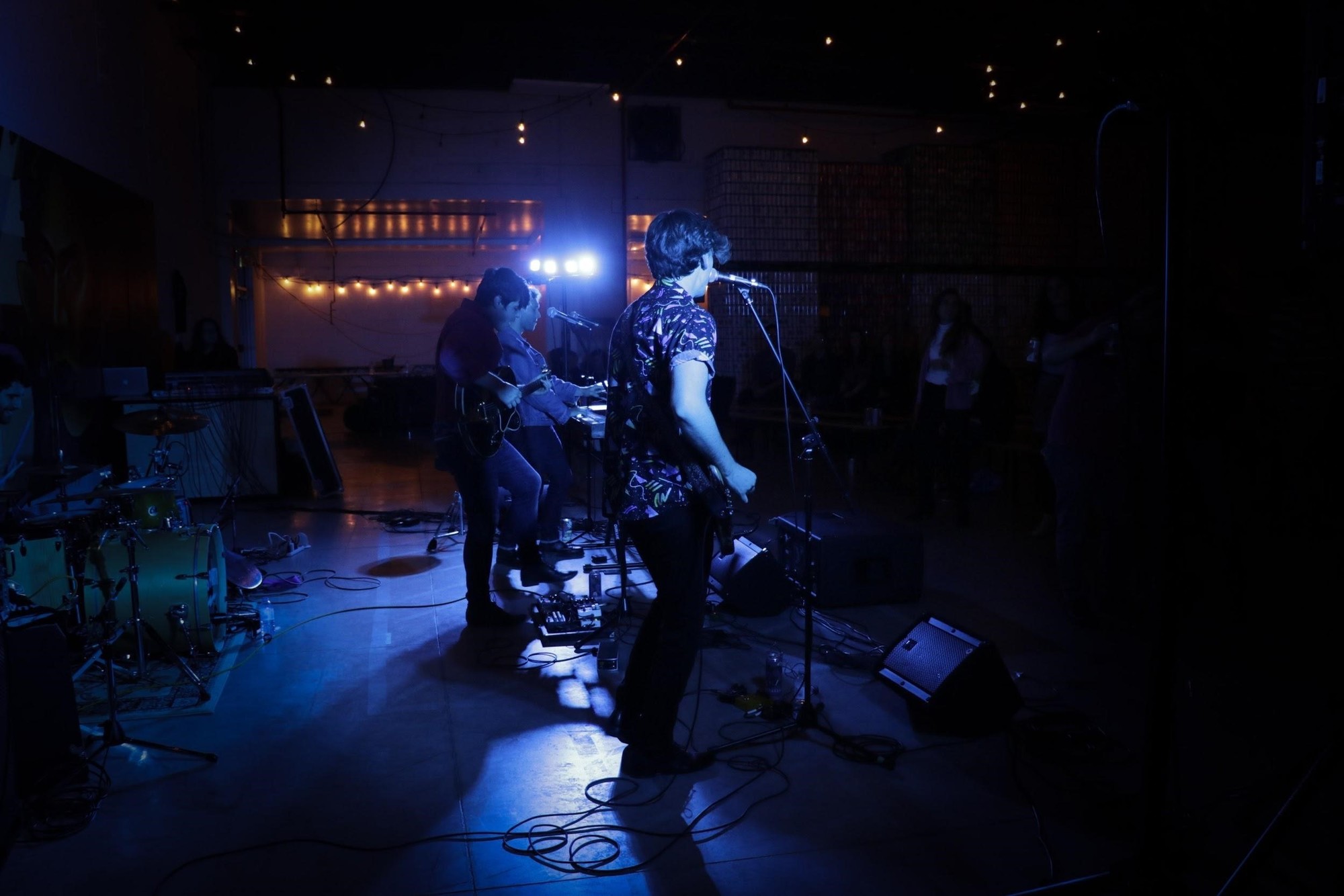 I can definitely agree with Devon on the fan reaction to ‘Straight From The Heart. These guys had everyone in the audience dancing and singing along which made this one amazing show! Catch Jane’s Party close out their tour on November 10th in Cobourg, ON.

EDIT 11.12.19 - Correction made with regards to production - Jane's Party worked with Derek Hoffman on this record and Greg Keelor on their last record, rather than working with both producers on this record as was mistakenly stated.