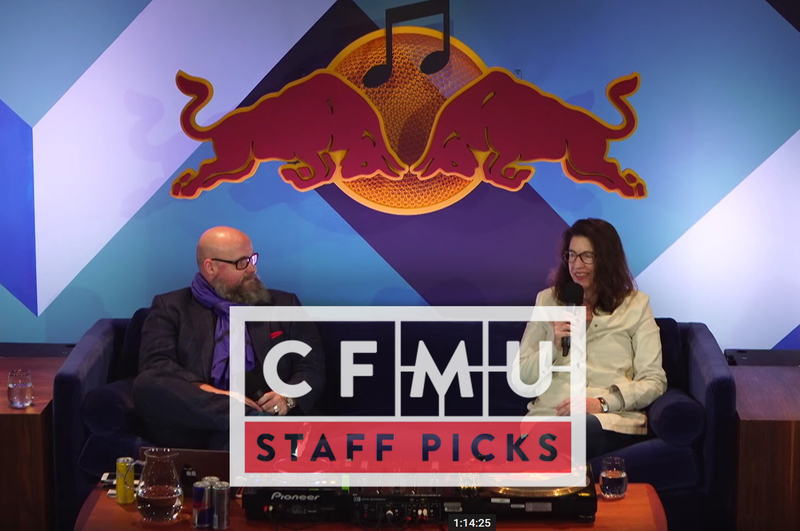 On April 21, 2016, CFMU staff were lunching at a local campus pub The Phoenix. While the conversation meandered through topics such as exams and summer vacation plans, our Music Director, Rachel Connell glanced at her phone, looked up, and said "Prince is dead."

Now, I'm a self-proclaimed gearhead.  I've seldom come across any recording equipment that I didn't immediately covet.  My friend Rob and I still tell stories of crazy back alley tech-swaps in the dodgiest parts of T.O. One time, I was handed a Yamaha DS2416 soundcard in a Swiss Chalet bag at 2am in Scary Park (names may possibly have been changed). I took the bag and got outta dodge; and the whole ride home thought "this could be the most expensive quarter chicken dinner ever."

​​I could go on but I think you get the point - I love recording gear and the memories I have of making (often mutilating) sounds with friends over the years. I really didn't think I would be bothered much by the death of pop stars but it started with MCA (Beastie Boys), carried on through Bowie and landed squarely on Prince. If you live long enough it happens to everyone - your pop culture past begins to fade and  almost dissolves entirely until your icons start knocking off.

It's then that you remember why you liked them in the first place.

What was particularly gut-punching about Prince's death was knowing that the secret stash of songs, reportedly kept in a vault, in a bunker at Paisely Park, would never grow beyond what it was.  There would be no more cosmic funk jams, no falsetto baked r'n'b or pulsing synth-pop classics.  These songs were written by Prince, and the best ones were engineered by Susan Rogers.

Here's a candid interview Susan did at the Red Bull Academy shortly after Prince's death. It's a studio nerd's dream to hear her wax on about recording live-off-the-floor mixes,  running LM1 drum machines through Boss guitar pedals, and vary speeding the tape machine at Sunset Sound.

On Defining Success:
"What do you want? I think that's important for beginners starting out before they really get themselves down a road that they may not like".

​On Purple Rain:
"He was 25 Years old making his sixth album...he went to his record label (Warner Brothers) and he said "I'm going to make my next record and I want to make a movie too, and we'll release them both at the same time"...who does that, and what label says yes"?
Dispelling the myth of perfection
"The rulebook is for beginners, once you know what you're doing...chuck it".
On the posthumous release debate
"But there's another audience which is the critics and the scholars and that includes the historians, and the music educators and they want to know where to put this artist in the arc of music's history".
Related