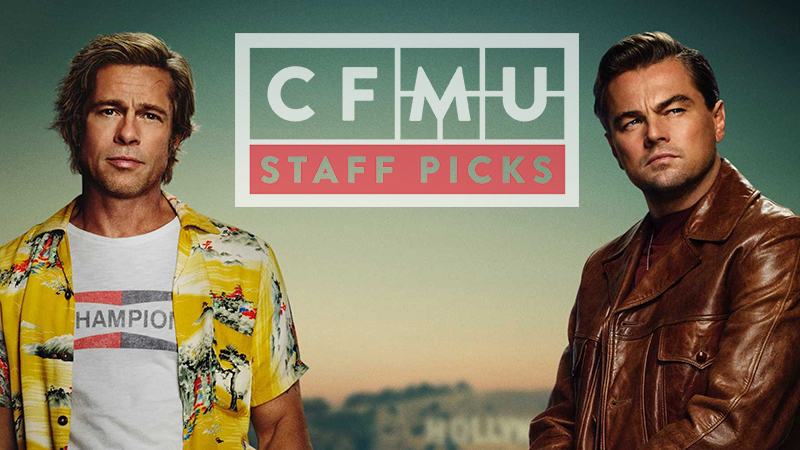 My favourite part of watching a film or TV show is when the characters, camerawork, and the music all come together in a scene to convey an emotion within the story. In fact, I base my own projects on these moments, and love the challenge of finding the perfect song to accompany a visual.

Say you’re watching a film, and there’s a scene that grasps your undivided attention. What connection just occurred between you and the film that had you immersed? The following is a list of moments from films or shows that have influenced my work as a film-maker.

John Hughes movies offer three things: teenage angst, surreal humour, and killer soundtracks. In a scene from Pretty in Pink we follow the main character, Ducky, attempting to profess his love to another character, Andie, by lip synching and dancing to an Otis Redding tune. Watching Ducky shoot his shot made me root for him after his hard-fought battle for Andie’s heart.

As Steve Prefontaine arrives on campus to start college, Lou Reed’s "Walk on the Wild Side" plays. Starting a new career or school can be challenging or daunting, yet this scene conveyed a completely different mood. The beautiful shots of Oregon, the campus, and an eager Steve express excitement for a new adventure.

The best way to describe Wayne’s World is filled with ridiculousness. At the beginning of the movie we are introduced to Wayne and his friends by a scene where they do carpool karaoke of one of Queen’s biggest hits. If you haven’t sat in a car with all your friends and done something similar to this on a night out, you probably won’t be able to relate to the humour (also, you should definitely try it sometime, you’re missing out).

I would happily argue that when it comes to creating a scene where the song and visual convey an emotion or story, no one does it better than Wes Anderson. A sudden stop of the surrounding audio, the slow motion choreography of Margot Tenenbaum and the Sailor’s walks, and the perfect choice of Nico’s “These Days” really made me feel a sense of time passing and a sense of care and affection . This scene perfectly illustrated how it feels to meet with someone you deeply care about and haven’t seen for a long time.

This scene is actually played twice in the film, which gives the audience two different perspectives. The first time, the main character, Movern, walks through a crowded nightclub and all we hear is the club music blaring. The second time, we only hear the music playing from her headphones and the film is slowed down. This moment does a great job conveying being physically in one place, while your mind is somewhere else.

In Napoleon Dynamite, Napoleon tries to find himself and fit in. What better way to do that than by expressing your full self in a dance sequence? Vote for Pedro, and all of your wildest dreams will come true.

This scene is a great “I’ve had enough of this” moment. In Breaking Bad, Walt is dealing with a depressing job, supporting his family, and stage 3 lung cancer. Feeling tired of being the nice guy, Walt gets the last laugh.

The unique thing about Baby Driver is how the soundtrack combines songs with sound effects and other audio from the film itself. In this scene we see how a song can bring life and narration to a simple coffee run.

What do all Tarantino films have in common? A buildup for a scene that is filled with blood lust, justice, and a killer song. Tarantino is phenomenal at taking a song and making it convey a completely different feeling in the context of the scene.

There are so many more great examples of films or TV shows that use music to convey an emotion within a story, but these are the particular ones that stuck out to me. I hope you now have a better sense of why.

Maxine Gravina is the current Digital Media Specialist at CFMU & The Silhouette. She graduated from Mac in 2017 with a degree in Multimedia & Communications. She likes running, Matt Groening, and is very Canadian (eh).