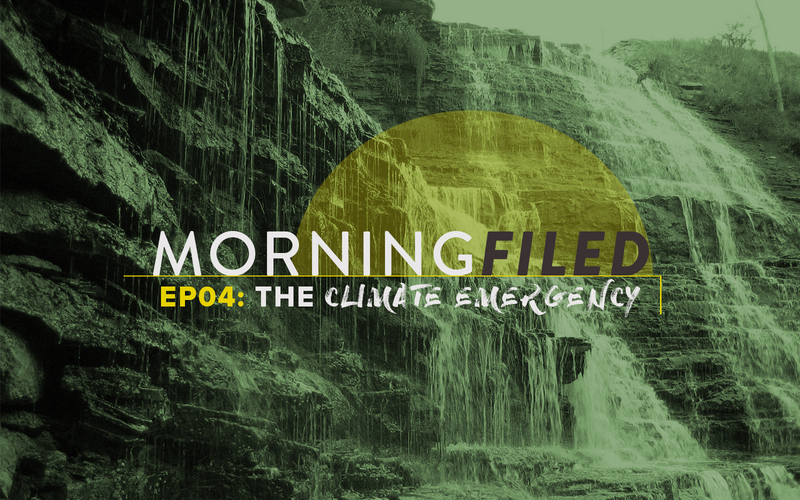 The global climate crisis is one of the most central talking points in politics today. Hamilton is certainly no exception, particularly in the time period since a state of climate emergency was officially declared by city council this past March.

In the wake of that proclamation lies many quesitons: how will the declaration affect the city's climate - in both the physical and political sense? How can citizens contribute to efforts undertaken by local environmental organizations to mitigate the effects of the crisis? Joining their voices to a campaign? Providing support in the more practical sense?

This episode of MorningFiled seeks to investigate those questions by covering two conversations I have had with key members of prominent environmental organizations in Hamilton: The Naturalists’ Club and Environment Hamilton. Both of these interviews focused on campaigns these organizations are working on, how these campaigns directly address the impacts of the climate emergency, and how concerned citizens can get involved. The specific campaigns discussed are the Hamilton Pollinator Paradise Project, which aims to increase populations of native plants to keep pollinators in the city, and the various sub-campaigns within Environment Hamilton’s climate change campaign, including the Stormwater initiative. The intersection between the climate emergency and other major political issues in Hamilton (such as gentrification) is also discussed, particularly in my most recent interview with Ian Borsuk.

Keep reading for a short profile of those I spoke with, what we discussed, and the audio of the two interviews themselves.

BIO: Ian Borsuk is an activist, organizer, and writer who works full-time advocating for environmental policy in Hamilton, including transit, though he also speaks out on other related issues as well. As a key figure at Environment Hamilton, he was also deeply involved in the push for City Hall to declare the climate emergency. One of his major focuses is on informing and empowering community members in Hamilton to involve themselves in local politics, or what is referred to as “bottom-up” leadership.

WE TALKED ABOUT: Impacts of climate change on Hamilton; Environment Hamilton’s climate change and transit campaigns, why they are needed, and what they are advocating for; the declaration of the climate emergency; the intersection between the environmental and the sociopolitical in Hamilton; how EH works with politicial figures in Hamilton; the power of citizens to generate change.

BIO: Jen Baker is the Land Trust Manager at the Hamilton Naturalists’ Club, of which she is a longtime member. The Club works with community groups and Environment Hamilton to preserve natural habitats within public and community spaces.

WE TALKED ABOUT: The Pollinator Paradise Project: what it is, its primary goals and how these goals are being achieved, why it is important for Hamilton’s environment, and opportunities for citizens (especially students) to volunteer and get involved with the project.

Together, these two individuals' different (though compelementary) projects aim to improve Hamilton's outlook in the wake of the climate emergency. If you are a Hamiltonian and/or McMaster student interested in being involved, both interviews contain ample information on opportunities to get involved in these initiatives towards the end!

Olivia Fava is the Community Outreach Coordinator at 93.3 CFMU, and a McMaster linguistics graduate. She is the host of Morningfile as well as Rainbow Radio, a celebration of LGBTQ+ music airing Monday nights. She is also a musician and guitarist who enjoys jazz and bossa nova.