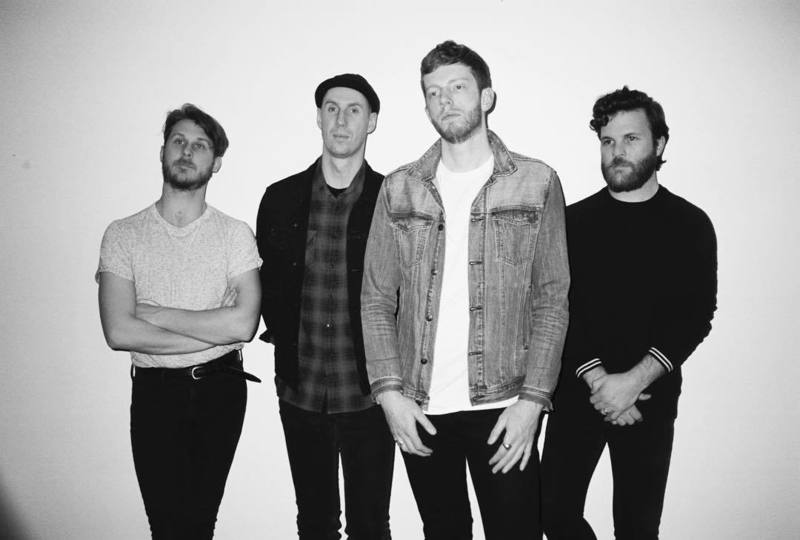 CFMU PICKS is a blog series featuring music reviews of various bands/artists featured on our weekly TOP 30 charts. Looking to get a blog done? Be sure to submit your music to our station.

Only Yours is a Toronto based indie pop group that captivates listeners by their groovy and timeless tunes. The band is led by lead singer and songwriter, Lowell Sostomi, accompanied by drummer Kyle Watt, bassist Devon Henderson, and keys/guitarist Shaun Hogan. Their album “Overrun” fell at number 20 last week on the CFMU's Top 30 charts.

What drew me to choose this album to review was the indie vibe that they bring to the table. Each and every song possesses a new tune and melody that displays a continuum of indie pop song differences. Each of the songs have a classic indie vibe to them which is very appealing to the listener.

When asked about the meaning behind the album itself, the band instead mentioned that they focused more on the title of the album as a representation of the content instead of an overall meaning.

“‘Overrun’ addresses the content of the songs aptly as well as the immense soundscapes we aimed to create…It just felt right,” mentions lead singer Lowell Sostomi.

LISTEN: Only Yours' new album OVERRUN

My favourite song on the album is “Everlasting.” I think there are so many various sounds within the song that contribute to its uniqueness. In my opinion, it is the catchiest song on the album, especially when it reaches the chorus:

“Will the fire fade away

will you leave and look for someone new

I want your love everlasting”

Through my interpretation, the song encompasses a certain fear experienced by someone in a relationship. The constant need to know that everything is okay, and that your love is indeed everlasting, even through rough times in the relationship.

Another fan favourite on the album is the song “Stay”. According to Sostomi, the song is about an individual who falls in love with someone who is terminally ill and having to deal with the implications of that illness.

I asked Sostomi what he considers to be the albums “hit song.”

“It’s hard to say what exactly constitutes a ‘hit’…You’d usually turn to the most immediate song with the catchiest chorus,” mentions Sostomi.

This was not the case for the song he chose. Instead, he chose the song “By Now,” one of the softer songs on the album, highlighting the “timeless quality” that the song has.

“Overrun” is available on Spotify and Apple Music for those of you who want to check it out! If you’re into soft indie pop, the band Only Yours is one to watch.

Natalie Clark is a 2nd year Political Science and Communications major. Being a fan of all types of music, she writes music related articles for CFMU as well as weekly articles for the News and Arts and Culture sections of The Silhouette. ​

WATCH: Our chat with Greg Gonzalez of Cigarettes After Sex and how he sees sex and romance fitting together.