RELATED: Life after Campus Radio is a series featuring various CFMU alumni and their accomplishments using their experiences at the station. If you would like to volunteer, be sure to check out application here.

Marshall Ferguson, a former Quarterback and Vanier Cup Champion at McMaster, is now the play-by-play voice for various McMaster Athletics, the Hamilton Tiger-Cats,  and co-host on “Marsh and Melo” on TSN 1150.

While at McMaster, Ferguson studied Political Science, and was a show host and the Sports Director and CFMU from 2013-2015.

...CFMU gave me the opportunity very early on in university to start volunteering, learning the skills of the trade, the ups and downs and all the little things that go into trying to be successful in the business of broadcasting.

Q: Let’s start before University, and before CFMU. Did you aspire to be in the place you are now? Did you plan, or intend on going into sports media, or media as a whole? What made you want to eventually do the things you are doing now?

M: I kind of fell face-first into it.

It’s funny looking back at what I loved when I was in high school, and even public school. I probably should have realized it earlier.

My dad worked in broadcasting, but he was never anyone who was on air or camera. He was behind the scenes and I was always around the TV station and the radio station that he worked at. I was enamored by the studio and being able to talk people from all over the world, talk about interesting things, with interesting people and to bring it to a wide range of people. So, I probably should have realized earlier that I kind of had the bug for it, but I never really aspired to get into anything.

It just kind of happened where CFMU gave me the opportunity very early on in university to start volunteering , learning the skills of the trade, the ups and downs and all the little things that go into trying to be successful in the business of broadcasting. From there, it just grew and TSN was an opportunity that presented itself at the perfect time, as I was leaving university and McMaster, but no, I never really had the intention.

My entire broadcasting career needs to be credited to Lindsay Hamilton. She was hosting Mac’s Marauders and it was a half hour Monday morning show recapping McMaster Athletics. At the time, I was playing football at McMaster, and she messaged me.

Q: How did you make your way to CFMU? Describe your journey to where you are now.

M: My entire broadcasting career needs to be credited to Lindsay Hamilton.

She was hosting Mac’s Marauders and it was a half hour Monday morning show recapping McMaster Athletics. At the time, I was playing football at McMaster, and she messaged me. As the starting quarterback in 2013, she wanted to have me for an interview. But... at that point in university, don’t tell any of my profs this, but I was occasionally not going to class, because all I wanted to do was sit at home and watch Tim and Sid.

At that point, they were the show that was [basically] radio on television and they made me laugh. They were enjoyable, they were talking about the things I cared about and they were doing it better than anybody else at the time. So, from 1-4PM, if I had a class, I wasn't overly interested [in it] and I never actually realized I needed to chase [broadcasting], but I was certainly interested in [broadcasting] because I was so enamored with the way [Tim and Sid] ran their TV show.

[So], Lindsay Hamilton messaged me and said “Can I interview you on my show?” and I asked if I could co-host. She was like “Ok this crazy jock, [probably] just wants to get his voice over the air, and has this ego.” She was nice enough to say “Okay, why don’t you come in for an interview, we’ll sit down, do a half hour show and we'll see what happens.” Immediately, we had this amazing chemistry and really enjoyed working together. We looked at things the same way, in terms of what McMaster Athletics should be doing and how it’s coverage should work.

That's how I got to CFMU.

It went from doing a half hour show once a week, to doing a one hour show once, to becoming CFMU’s Sports Director, to calling the basketball games. All of that kind of just grew, when it was very organic and natural, and if it weren’t for Lindsay, reaching out to interview me that day, I’d be stocking grocery shelves somewhere overnight.

What challenged me was finding something... like an exploitable market, and then to become the smartest person at it.

Q: What advice would you give to current and future CFMU volunteers and employees that want to take a path similar to yours?

M: Just be creative. This is what I tell everybody that tries to access this platform.

Whether you're doing it because you're getting paid, or because you're volunteering. What challenged me was finding something... like an exploitable market, and then to become the smartest person at it. For me, [when] I was at CFMU, that was youth football, because there just [wasn’t] enough youth football available in terms of coverage around Ontario or the country. I started talking about football and doing it passionately because it interested me. Covering the OVFL (Ontario Varsity Football League) because it interested me, traveling around to games on Saturdays in the summer when I wasn't working shifts as a server at Boston Pizza and I found what my passion was.

Then I tried to be as creative as possible and just tried to produce high-quality work. I know everybody that volunteers there, it's not their goal to move on to commercial broadcasting and getting paid and having a career in it, so if you want to do it because it’s a fun thing, then mission accomplished.

But if you are like me, you are a student and you are into that kind of idea of “What do I want to do, and broadcasting is for me.”, then try to find something that interests you and try to be as creative as you possibly can. Find ways to present this medium that we have, that is creative in its nature.

Do it in different and fun ways.

I still do this today, when I do my morning show on TSN. I'm always trying to reinvent, or make my show better, or find a way to grab a wider audience or make somebody laugh more than they did yesterday by doing a new bit. All these things are what makes it fun, because it is a daily challenge if you approach it the right way.

...when you are on community radio, you're not trying to do the status quo interview with the athlete. You have to do something else that’s interesting, to get in people’s ear...

Q: What did you take away the most from your time at McMaster and at CFMU?

M: I think the thing I would take away from McMaster University is that there's so many good people on that campus that I made the choice to go to McMaster, because I went to campus with my family and I was there around the football program and Stefan Ptaszek, and he made it feel like home very quickly. I live in Hamilton now, I have been there since leaving McMaster, and I’ve never left town. I think a big part of that was that environment which was harvested on culture, and anyone that was there would do anything for me to try and help me. There was just such a great support system and so many genuinely nice people. That's what I took away from McMaster.

In terms of CFMU, Jamie Tennant put up with anything and everything that I wanted to do, and as the [Program Director] of CFMU, he gave me that creative freedom, to take that medium and do with it what you want and find new ways to challenge yourself.

CFMU is an environment that allows you to create [something against the status quo], if you work hard enough at it.

You can hear Marshall on TSN 1150, as well as follow him on twitter @TSN_Marsh for in-depth CFL analysis, as well as all things sports from Hamilton and abroad.

Ben McClellan is a fourth year Economics students with a diverse background and knowledge in sport. He looks to use this knowledge and broadcasting experience to break into the Sports media industry.

READ: Our interview with CFMU Alumni Linsday Hamilton and her pathway to being the host of TSN's SportsCentre. 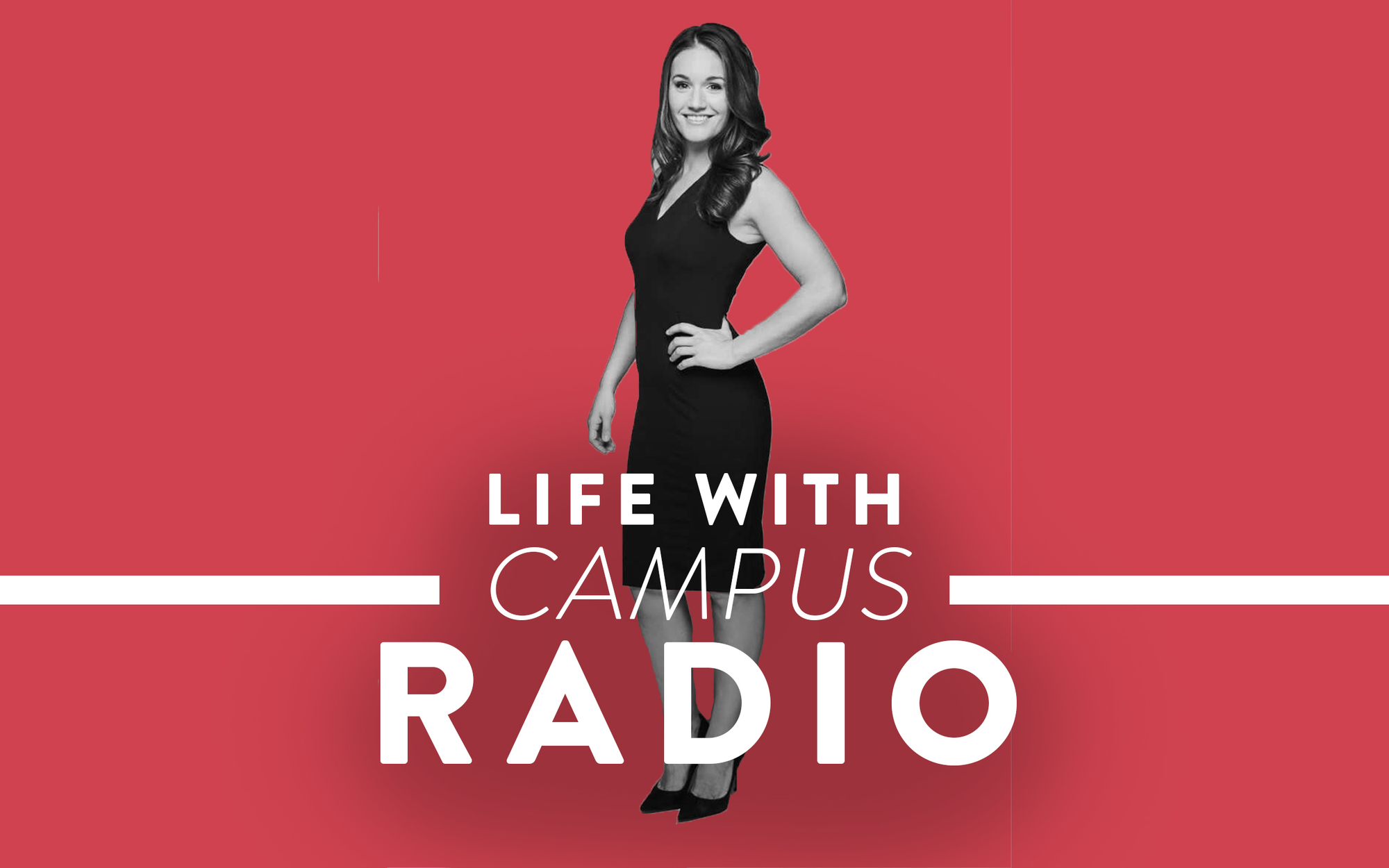