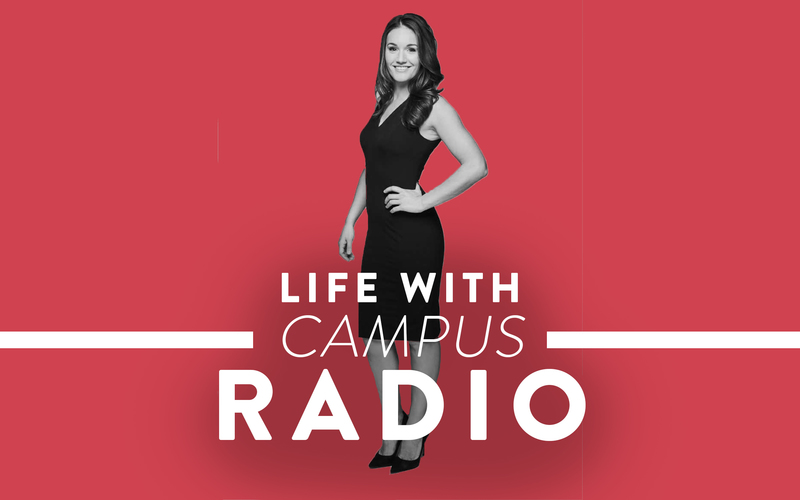 You could fill out a form and just create a show idea, so I filled out the form and created a CFMU Sports show...

Lindsay Hamilton is currently a host for SportsCentre on The Sports Network (TSN). Before finding her way to CFMU and TSN, she began her broadcasting career as a host for the Family Channel, interviewing several entertainment icons and professional athletes, such as Selena Gomez and Justin Bieber.

While still at Family Channel, she came to McMaster University to study Communication and Film, where she also played on the Women’s Varsity Lacrosse team. Lindsay also hosted a show at CFMU, where she interviewed several student athletes, and brought attention to the McMaster sports that are not often in the spotlight.

After the year she graduated from McMaster, she became the first Community Outreach Director at CFMU, where she interviewed a range of individuals from the Hamilton Community. Lindsay was also part of the CBC Sports team for the 2016 Rio Olympics.

WATCH: Selena Gomez chats with Lindsay Hamilton about bullying on the Family Channel.

Let’s start before University, and before CFMU. Did you aspire to be in the place you are now? Did you plan, or intend on going into sports media, or media as a whole? What made you want to eventually do the things you are doing now?

L: 100% being in media and being in the broadcasting industry was my plan. I was lucky enough to be involved in broadcasting from a pretty young age. When I was 13, I started auditioning for various television projects and at 18, I got my first pretty big role with the Family Channel, as host of their Channel.

I got my first pretty big role with the Family Channel, as the host of their Channel

I grew up playing lacrosse at both the Ontario level and at McMaster University. [With these experiences] I had an idea of what I wanted to pursue after [University]. In retrospect, I think it so integral to have both life experience and a university education at the same time. In all my classes, I was always trying to see the big picture and trying to see 'okay how can I apply this to the job world, what can I do after I'm in this classroom and to put this into real-life practice'.

How did you make your way to CFMU? Describe your journey to where you are now.

L:  The people I admired in sports, entertainment, politics, regardless of industry, were good storytellers. At the end of the day, that's what my job comes down to; I’m a storyteller and I'm trying to paint a story for my audience. In university, I knew I wanted to be involved in broadcasting, because of how valuable experience outside the classroom was. I wanted to start building up my own expertise but also, eventually, create a demo reel. I wanted to feel comfortable in [not only] television, but in production, radio, and writing.

I was looking for opportunities and when I found out we had a campus radio station, they originally were trying to find someone to fill the job of a play-by-play announcer for basketball games. So I came in for that, I didn't get it... but they said come back, we’d love to have you as a part of the radio station.

I decided I really wanted to focus and bring attention to amateur sports. Besides basketball and the bigger name sports, there was a lot of great athletes on campus and sports that flew under the radar. You could fill out a form and just create a show idea, so I filled out the form and created a CFMU Sports show idea, sent it into Jamie, and it got approved. It was perfect for me, just to get that experience. I made a lot of mistakes I'm sure, but it allowed me to get all those kinks out.

...from working at CFMU, and being on a University campus, there are very few times in your life where you had that much support around you and people who want you to win and want you to succeed.

I chose different guests each week and I brought in people like Mike Daly (Hamilton Tiger-Cats) and Kyle Quinlan (McMaster Football Quarterback) who, at the time, had such great exposure. One of the interviewers I brought in was Marshall Ferguson (McMaster Football Quarterback, Radio Host on TSN 1150) and then, of course, those are all football, but then I was also interviewing figure skaters and swimmers and field hockey players, just a wide variety of athletes.

I've always loved amateur sport but that grew my love for amateur sport as well. The year after University, I worked as the Community Outreach Coordinator at CFMU, and that was actually the very first year the job was just being created and I remember hearing about it and it was such a great opportunity because it allowed me to just go out and hone my story telling abilities, and we were interviewing so many different areas in Hamilton. I’ve always been curious about other people's stories and it was just such a great platform for that.

If an opportunity hasn’t already presented itself, create one

You know, from working at CFMU, and being on a University campus, there are very few times in your life where you had that much support around you and people who want you to win and want you to succeed. When you go into the real world, it's a little more cut throat, you don't always find people who are rooting for you and want to help you. At university, there was always someone who wanted to mentor you and help you hone your ability, so I always really appreciated that.

If you know your why and the reasoning behind what you're doing, it’ll bring so much more satisfaction to your ultimate end goal.

What advice would you give to current and future CFMU volunteers and employees that want to take a path similar to yours?

L: Make the most out of every opportunity. I’d say chase your own opportunities as well. If an opportunity hasn’t already presented itself, create one. Looking back, I could have looked on a campus website, saw that they had no Sports show and settle with that, but instead, I said “you know what, I would really love to do something about university sport.”

So, I pitched my show.

And CFMU was such a great platform for [my show], because they were so willing to help you with this process. I really encourage students to take initiative and don't wait for an opportunity to present itself, create your own opportunity. 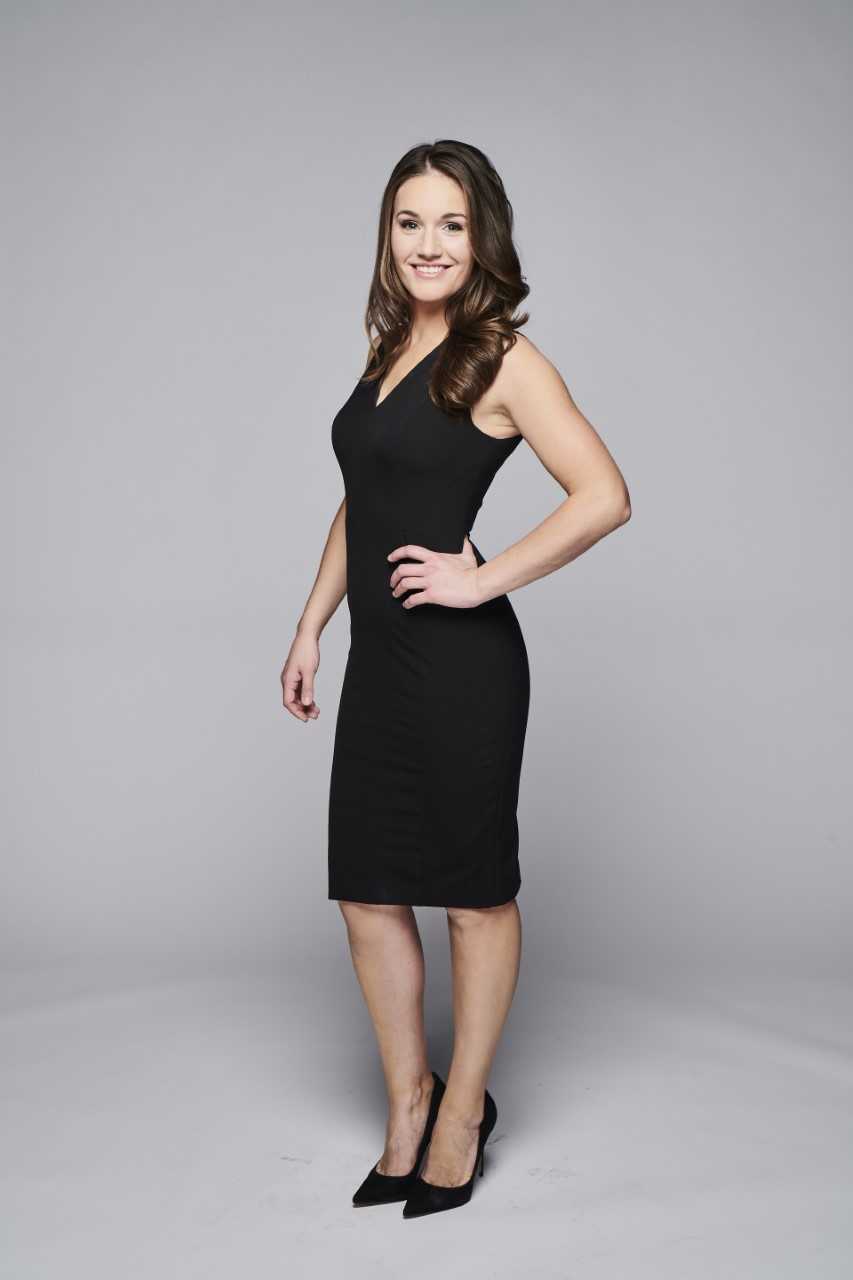 What did you take away the most from your time at McMaster and at CFMU?

L: I think it’s to understand your why. I really figured that out in university and working at the station. It's something I remember a professor talking to me about, and sticks with me to this day in anything I do whether that is related to your work or with your friends or what you do with your free time and essentially what it means is why are you doing that?

I try to take it as well into my interviews.

What's the why behind this? A lot of people can sometimes get tunnel vision and you think you have this idea of what you want, but then we need to figure out the why. Is it to help people? Is it to share someone's story? is it to bring awareness to athletes who have overcome struggles? Is it to better my community or myself? What I'm trying to get at is if you know your why and the reasoning behind what you're doing, it’ll bring so much more satisfaction to your ultimate end goal. And there have been times where I didn’t know if I would reach my end goal. If you come back to your why, you’ll know when you’ve reached your end goal.

READ: ​From CFMU to the First Female Play-by-Play Commentator for an NBA Game 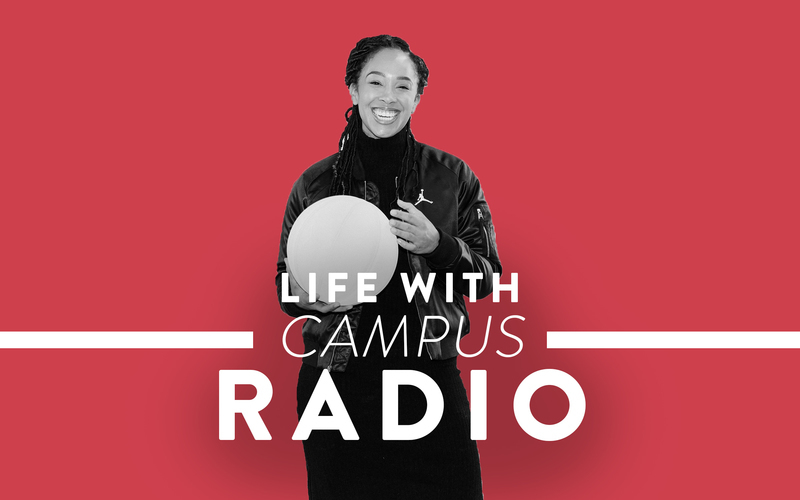