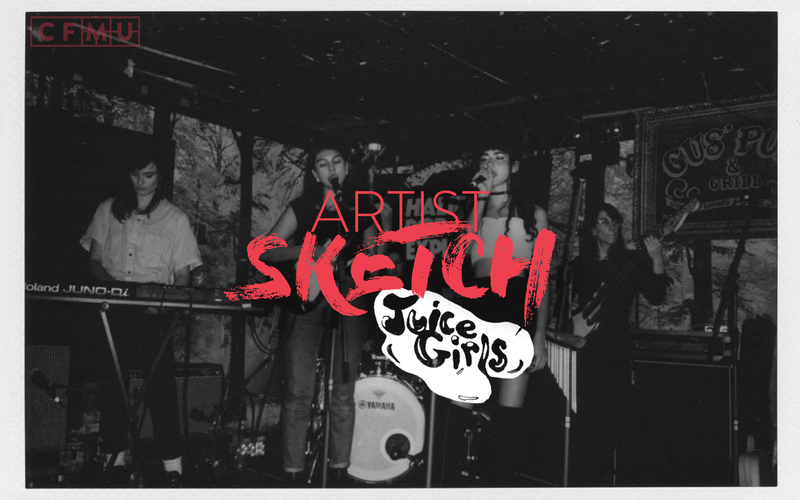 For me, I wanted to create music to defy stereotypes and make a space for girls and women to have fun and feel they’re a part of something.

Are you remembering to get your vitamin C this winter season? For Mac students, the lineup for Booster Juice can be unbearably long, and fruits themselves are hard on the wallet. Luckily, there’s a band to give you that extra juice to power through the icy weather.

Halifax-born Juice Girls bare the fruits of their labour in their debut self-titled album, which charted in CFMU’s top 30 for several weeks. Juice Girls is a cornucopia of feelings, narratives, and experiences,  from the sweetness of love to the bitterness of loss, and everything in between.

With syrupy sweet vocals, dreamy atmosphere, and a unique twist on the classic indie rock sound, Juice Girls tells us that life isn’t always peachy keen, but there will always be something to sing about. I enjoyed this album to the very last drop, and was “berry” excited to interview them on their debut album and how it came to fruition. 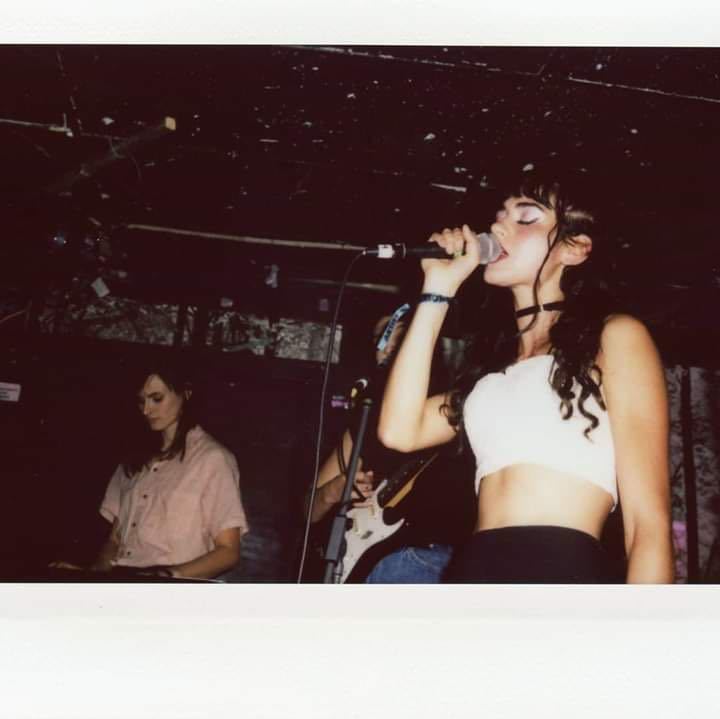 Tell us what Juice Girls are about. Why did you come together to make music?

Kirsten: For me, I wanted to create music to defy stereotypes and make a space for girls and women to have fun and feel they’re a part of something. The metal music scene I grew up in was always boys and men playing. I always felt like I was missing out and wanted to be apart of what they had. Also, because the music scenes were male-dominated, I never really felt it was feasible for me to play music and have support, especially as an untrained musician. Juice Girls is about creating a community to celebrate feminine creativity.

Kelsey: To me Juice Girls are all about being confident! Knowing what you want and not being afraid to go for it. When I was asked to play bass in the band, it was an opportunity to fuel a hobby I’ve always wanted to start! I had only first picked up a bass for the first time just a few years before but never took it to the next level. When they asked me to join, it became a fun challenge and a reason for living! Now I couldn’t imagine my life without Juice Girls.

We used to chop fruit together and sing lyrics that we had written when were sad or angry, because we were both dating shitty dudes in bands at the time.

Michelle: Kirsten and I met at a juice bar in Halifax. We used to chop fruit together and sing lyrics that we had written when were sad or angry, because we were both dating sh*tty dudes in bands at the time. Juice Girls started as a way to express our frustration with our relationships and the lack of women in the local music scene here. Eventually, we decided to bring more girls into the band, and take it more seriously. Even though we didn’t have a lot of experience performing or making music, Juice Girls grew into a project that was all about encouraging each other to learn and grow with our instruments, and being confident in what we create, even if it’s not perfect! I think that’s one of my favourite things about Juice Girls: how much we support each other creatively, and how we’re not afraid to sound unpolished and be vulnerable with each other. 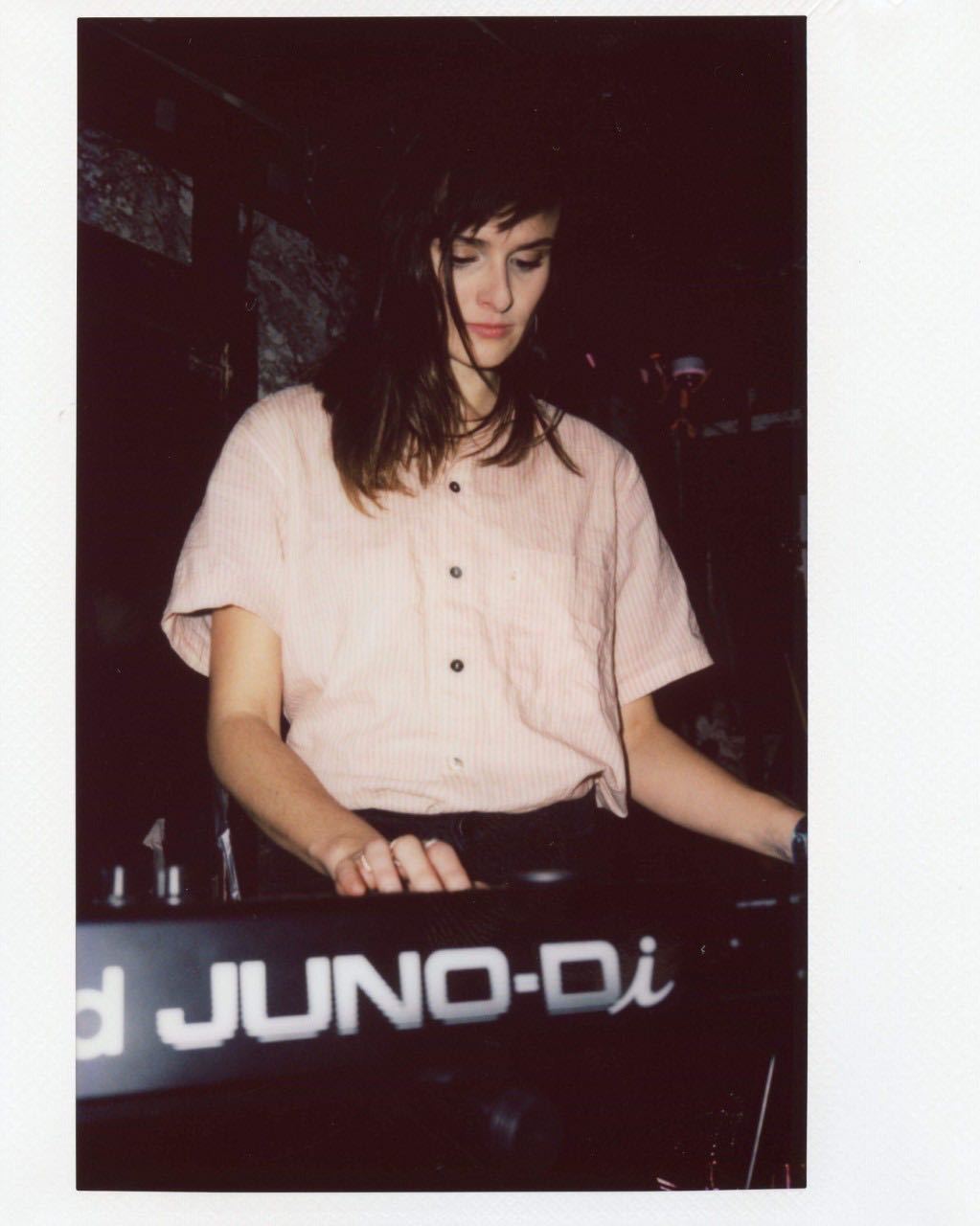 What was the experience like releasing your first album? Did you ever think you would get popular at a university halfway across Canada?

Kelsey: The experience was amazing! We recorded it in my basement with the help of my partner Scott Randles and it was so cool to witness the recording process first hand and to feel like we accomplished something when we released it to the world! I didn’t even have a chance to consider how well received it would be, so this really goes beyond any expectation! It just makes me want to keep going!!!

Michelle: Recording the album was so fun! It felt so good to have something tangible to put out in the world as a band. I think we all worked really hard to make it happen, and it definitely brought us closer. It made us more confident in the music that we’re making, and gave me more confidence to submit our music to radio stations after moving to Hamilton. I was definitely surprised when I saw how much McMaster loved our tunes!

We recorded it in our basement jam space so it was neat to record in the same space we create. 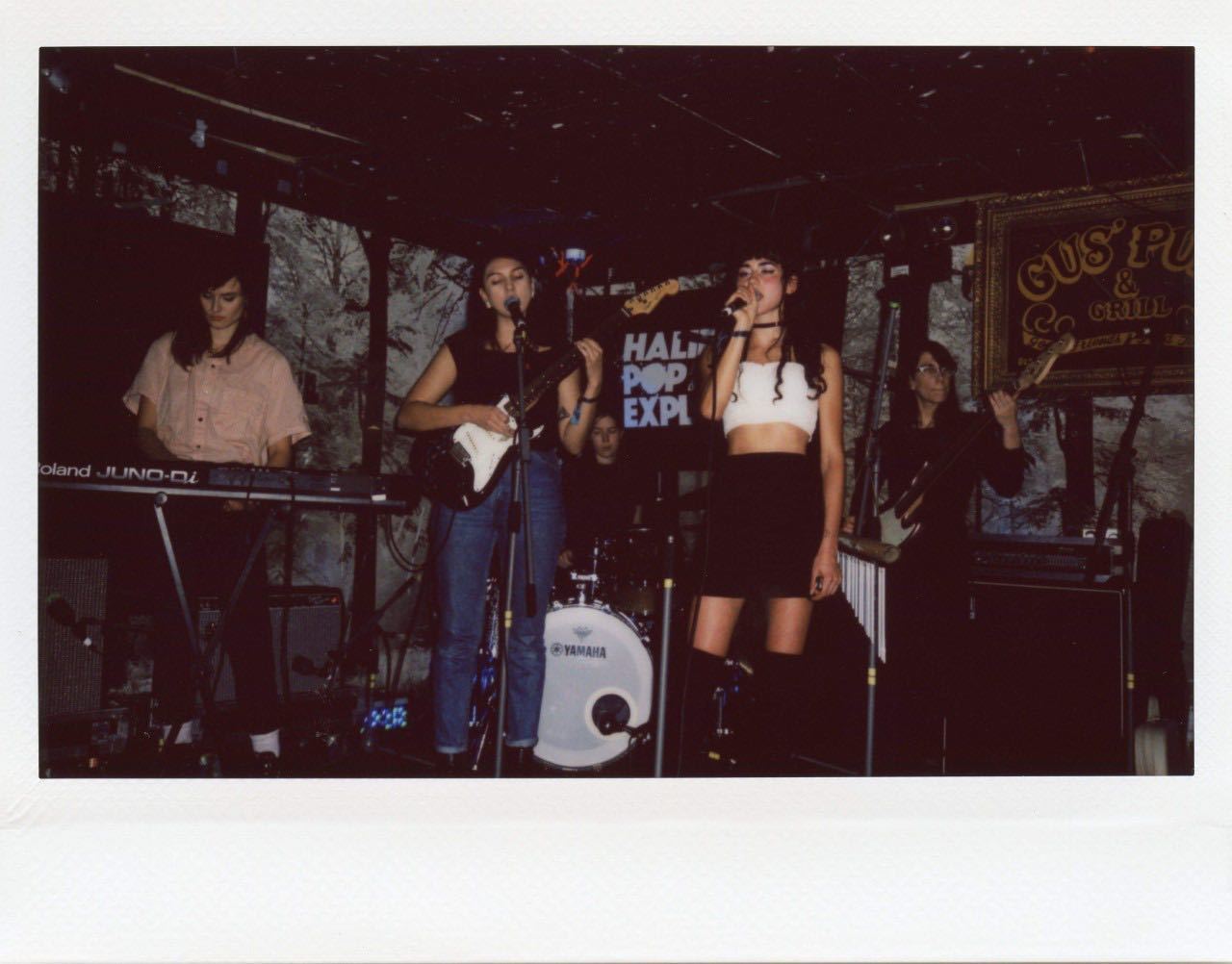 Your debut album explores many themes of love; love for men and women, the experience of neglectful love, and of course many fruitful metaphors. Can you share your writing process with us?

Michelle: I grew up writing poetry, and a lot of the songs feel like a glimpse into my personal journal entries. Most of the time I write the lyrics, and Kirsten and I will bounce ideas off of each other about what we’re thinking or feeling during certain periods of our life. The first songs we started writing about were our romantic relationships, but I think a lot of our songs are also rooted in anger too. The lyrics to Juice Girls songs for me represent stepping into your power. I’m able to have a voice about situations in my life or things happening in the world I might feel powerless about, especially in the new album!

Fruit imagery feels very feminine and whimsical to me, themes which I think are central to Juice Girl music.

When I first started writing for Juice Girls, I used a lot of fruit metaphors because I was surrounded by fruit all day at the juice bar. Eventually, it became something I was drawn to for a lot of reasons. Fruit imagery feels very feminine and whimsical to me, themes which I think are central to Juice Girl music. I also love using nature imagery, and I’m obsessed with the contrast of both light and darkness found in the natural world. Using metaphor helps me feel less vulnerable, but also hopefully allows more people to connect to the songs and relate it to their own life.

What’s your favourite song off the album?

Kelsey: I really love them all but if I had to choose I’d be torn between Milk Me Tall and Blueberry!!!

Michelle: I like listening to Blueberry the most, I think, but Milk Me Tall is definitely the most fun to play!

Lauren: Blueberry is my favourite (it’s always stuck in my head on repeat), but Watermelon is my fav to play!

Your Instagram teased new music for 2019. Can you give us any inside looks on what you’re creating?

Kelsey: The next generation of personal confidence in playing and sharing! Of not being afraid to take up space.

Michelle:  I think the new songs we’re writing feel more serious, in the sense that for me, I’m writing less about romantic relationships and more about other things going on in the world right now. When Kirsten and I started Juice Girls, and even when we first formed as a full band, we were on the cusp of adulthood and still feeling the trail end of teen angst. I think we’re still angsty now, maybe just about different things though, and I think we’re more confident about what we want to say and our music. Hopefully that’s reflected in our songs! We’ve also starting changing the writing process. When we first started the band, the other girls would write their instrumental parts after the lyrics and initial melody had been created. Now, we’re trying to write more as a full band, and the songs sound a little bit heavier and grittier than our older stuff, which is really exciting!

Check out the latest album by Juice Girls on Bandcamp. Juice Girls will also be playing at Into the Abyss this Saturday, February 26th.

Hayley Mullen is a 4th year Communications student and the Production Coordinator at CFMU. She hosts Study Jams every Thursday on CMFU, and has been a devoted musician/composer for over eight years.

WATCH: Sound + Silence illuminates the work of local artists through video, exploring the connects between the artist, the music, and the physical space of the performance. E02 features Illitry, whose “electronic meanderings” and melodic sensibilities have brought them much attention locally and beyond.​