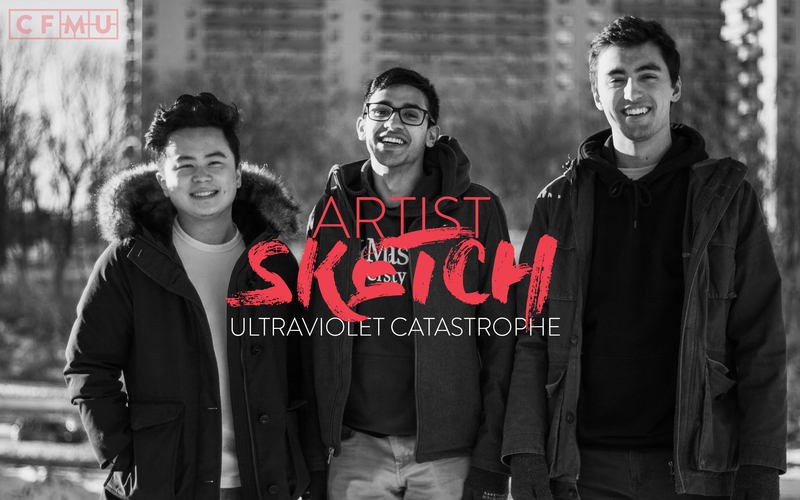 We named the EP “401” after the room we had in Woodstock Hall.

We had the opportunity to discuss their latest EP, 401, and how the McMaster community has influenced their sound as their popularity is raising in the greater Hamilton area. 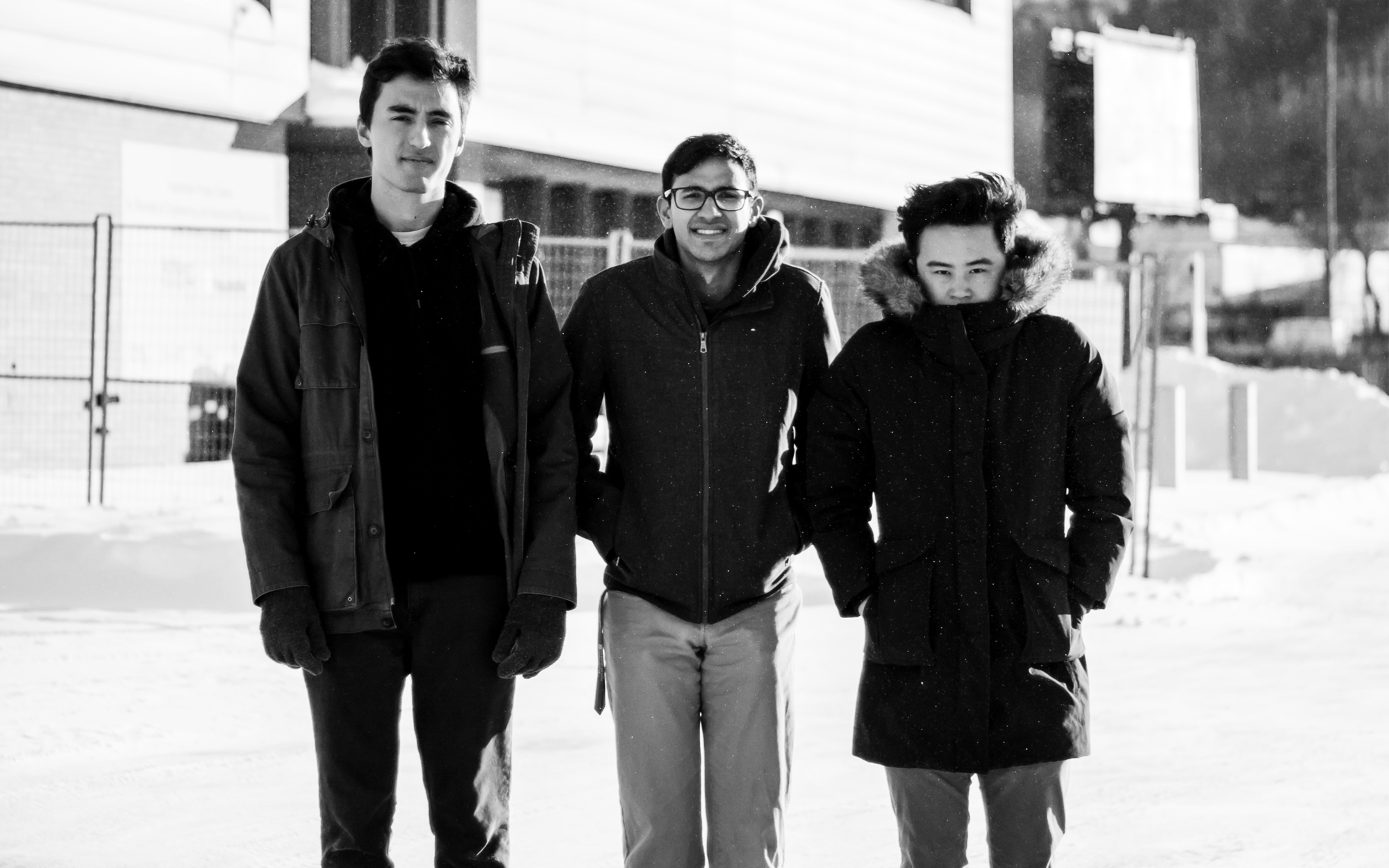 Can you tell me about the origins of the band and why the three of you came together to form UltraViolet Catastrophe?

Amit: Chen and I have known each other since high school, and we have been in a band since then which we initially had named No One because I thought it would be funny to have the band introduced when we performed as “No One is playing ____”. Chen and I have been roommates since first year of University up until now, and we have continued to play music with each other throughout. The drive to make music for me personally happened after going to a BadBadNotGood concert and being inspired by what they’ve accomplished and where they are now.

The name UltraViolet Catastrophe came from Chen and I trying to figure a new band name since ‘No One’ already existed on Spotify and I kept throwing physics terms at him until he liked it.

since ‘No One’ already existed on Spotify and I kept throwing physics terms at him until he liked it.

Chen: In highschool I used to be obsessed with EDM and dubstep and I started trying to produce music on my computer. I never got very good at it but that experience ended up helping us record and mix in our student house living rooms. When Amit and I were roommates in first year, we would always schedule quick jam sessions just to de-stress from school. Second year, Amit and I randomly decided to record a alt-rock cover of Daft Punk’s “Something About Us” which gave us the courage to try to write original stuff.

Mike: Amit and I met through a summer job on campus a few years ago. We clicked pretty quickly, partially because of our similar musical interests. We would jam together and always talk about writing music together but it never went anywhere. Chen and Amit eventually released “401” and I became a huge fan of their sound. A week or so later I was talking with Amit about joining the band and we’ve been busy writing material and establishing ourselves ever since.

A moment I will never forget was during frosh week when we competed on behalf of Woodstock for IRC Sing It.

What does McMaster mean to you?

Chen: A moment I will never forget was during frosh week when we competed on behalf of Woodstock for IRC Sing It. We spent much of frosh week actually practicing and jamming with our reps and team members and ultimately won first place with Amit on drums and me on guitar. This experience was what pulled me out of the shell I was in during high school and gave me the confidence be more social in university.

Take us through your process of writing music. Where do you draw inspiration from? Did this EP in particular have a message you wanted to convey?

Amit: I mess around with my guitar a lot and seeing how small changes to some chords I know can give me a different sound. I listen to a lot of heavy metal and rock music so I try and incorporate some of those chords and see how I can tweak it from there. I also really play off of Chen and Mike and see how I can complement any sort of chord progression or riff they have and trying to experiment and rhythms but apply it in a scenario of a different tone than what would be used in rock with new sounds rather than sticking to some of the patterns of songs I know on guitar.

RELATED: McMaster artist Shaili Champ talks racism and the use of music in activism.

Chen: I think the foundation of the band is the fact that we’re diverse very music fans. We often draw inspiration from different genres and clashing them against each other to see what we can create. For example, in some of the songs you may hear moments inspired by bossa nova, disco, RnB, metal etc. We’re also all multi instrumentalists so just by rotating on instruments we can get an entirely different vibe.

Mike: I joined after “401” was released so all I can really speak on is the writing process of our material that is in the works. Since we are still just starting out, we record and mix all of our material ourselves. Chen is basically our producer at this point.

No One because I thought it would be funny to have the band introduced when we performed as “No One is playing ____”.

Can you talk about the inspiration and story behind the album?

Chen: For me personally, second year was a big influence for “401”. During that time, I was struggling with school and insomnia which gave me a lot of time for introspection. I had so many thoughts that I just didn’t have an outlet for. When Amit came to my room one time showing me a new chord progression he wrote I remember feeling like I had something to say. We named the EP “401” after the room we had in Woodstock Hall.

For “Chroma”, our upcoming EP, we wanted to do something more fun. Stylistically, my background in guitar is actually from disco and funk, which didn’t really seem to fit the mood of 401. We also added Michael to the band who is amazing at solos and flashy guitar work so we really wanted to show off an entirely new sound.

Can you talk about the time balance of being both University students and pursuing artistic endeavors outside of school?

Amit: I would say the time balance is pretty challenging especially during midterm season which somehow always end up tying in with the bulk of our recording and mixing, but at the same time is extremely fun. The toughest part is lining up our schedules to make sure that we are all free to be able to jam and hash out ideas together. Sometimes it’ll be grinding school and then immediately heading home to grind out more music. It can be super exhausting but the product is definitely worth it.

Are there any particular Hamilton bands that influence your music? Has the Hamilton music scene influenced your band at all while being students at McMaster?

Mike: Seeing local bands like The Dirty Nil, The Arkells, and Monster Truck reach the success they’ve earned has been mega inspiring to us. Hamilton’s music community is pretty vast and there’s a lot of support out there for young bands like us, which we are thankful for.

Are you planning any upcoming shows in the near future?

Amit: We are definitely thinking about it. Right now we are busy recording our second EP, Chroma, but we will be focusing on booking gigs shortly after. Be ready for a new single coming from us later this month!