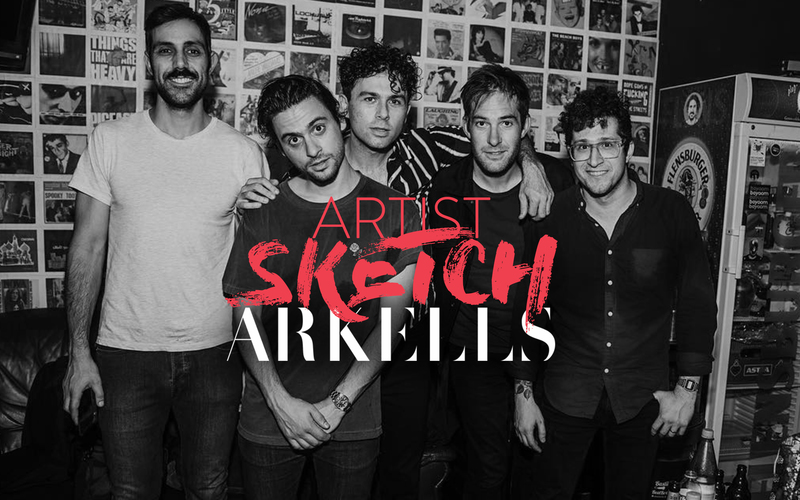 None of us were good musicians or really knew what we were doing.

Whether touring across the globe or returning to their birthplace, Arkells will always be a Hamilton band.

I first heard the Hamilton-band on CBC Radio One, during my turbulent high school years. They were the perfect match: relevant, relatable, and cathartic, making my hour-long subway rides all-the-more bearable. Years later the band is still going strong, and I was ecstatic to play their latest album Rally Cry on my show, Study Jams.

Named after #HamOnt’s very own Arkell street (home of the band’s early practice sessions), the band has seen worldwide success and are a crown jewel in Canada’s rock scene. Their latest album, Rally Cry, released back in October and is currently number one on CFMU’s Top 30 charts.

Even with world-renown to their name, the band’s Steel City roots have not been forgotten: Arkells wear their Hamilton pride on their sleeves, with five of its members being McMaster graduates. We were fortunate to interview singer and guitarist Max Kerman on his McMaster experience and how it shaped Arkells into the band we rally for today. 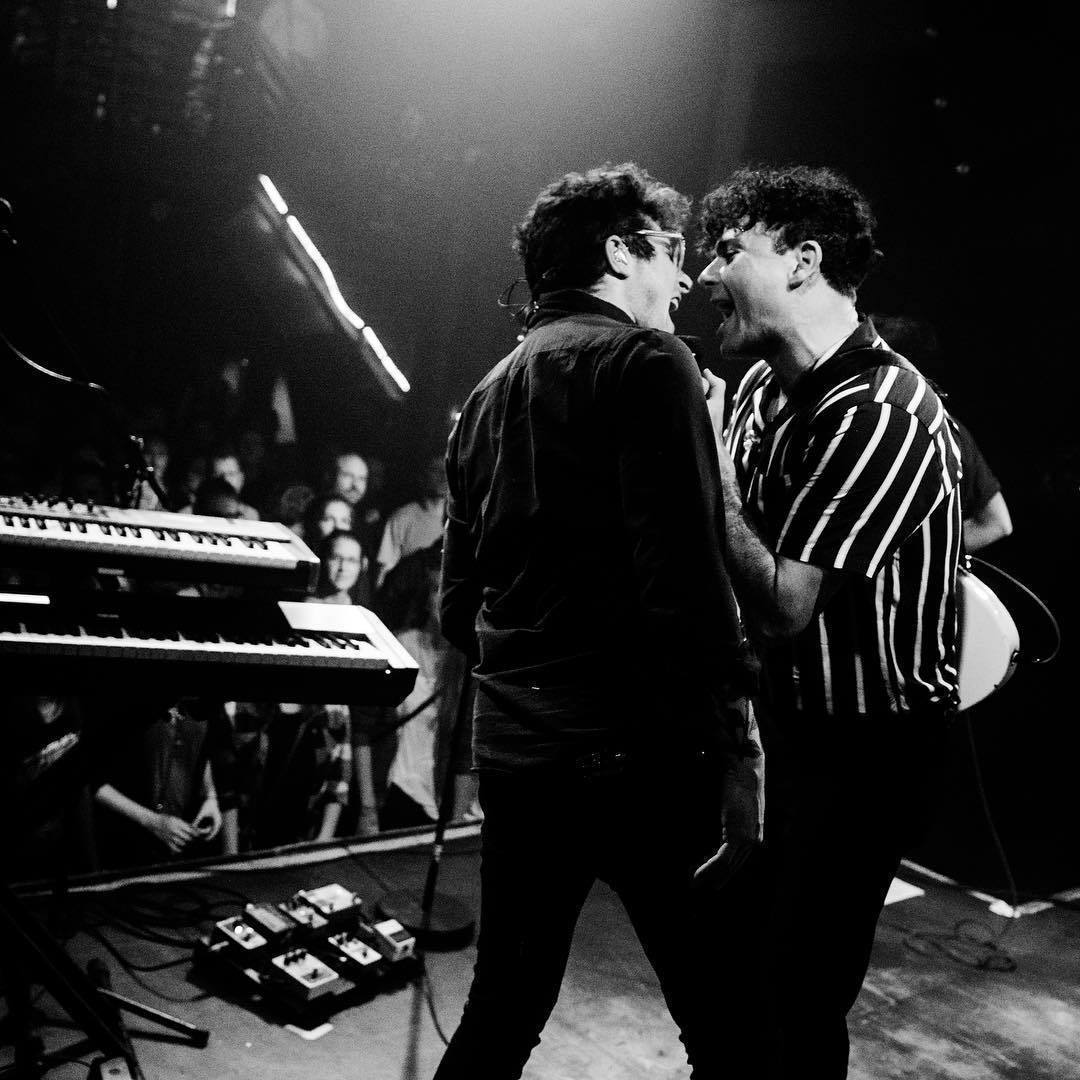 I bet Nick would be an academic of some sort. Mike is quite artistic, so I can see him doing something in design.

You’ve talked about your “ulterior motive” for attending McMaster as a way to jumpstart a career in rock music. What were your bandmates pursuing before you met? Is it possible to imagine what your lives would be like if not for that fateful Welcome Week?

MK: Nick, Mike and I all took Political Science (Nick double majored in Philosophy). Mike and Nick are both very scholarly, and I can see them doing graduate school. They had good marks. I bet Nick would be an academic of some sort. Mike is quite artistic, so I can see him doing something in design.

I was never particularly good at school, but I did like being part of a team. So I imagine I’d be working in some creative field, as part of a team. I don’t have a lot of advanced skills per se. I’m more of a “morale” guy. 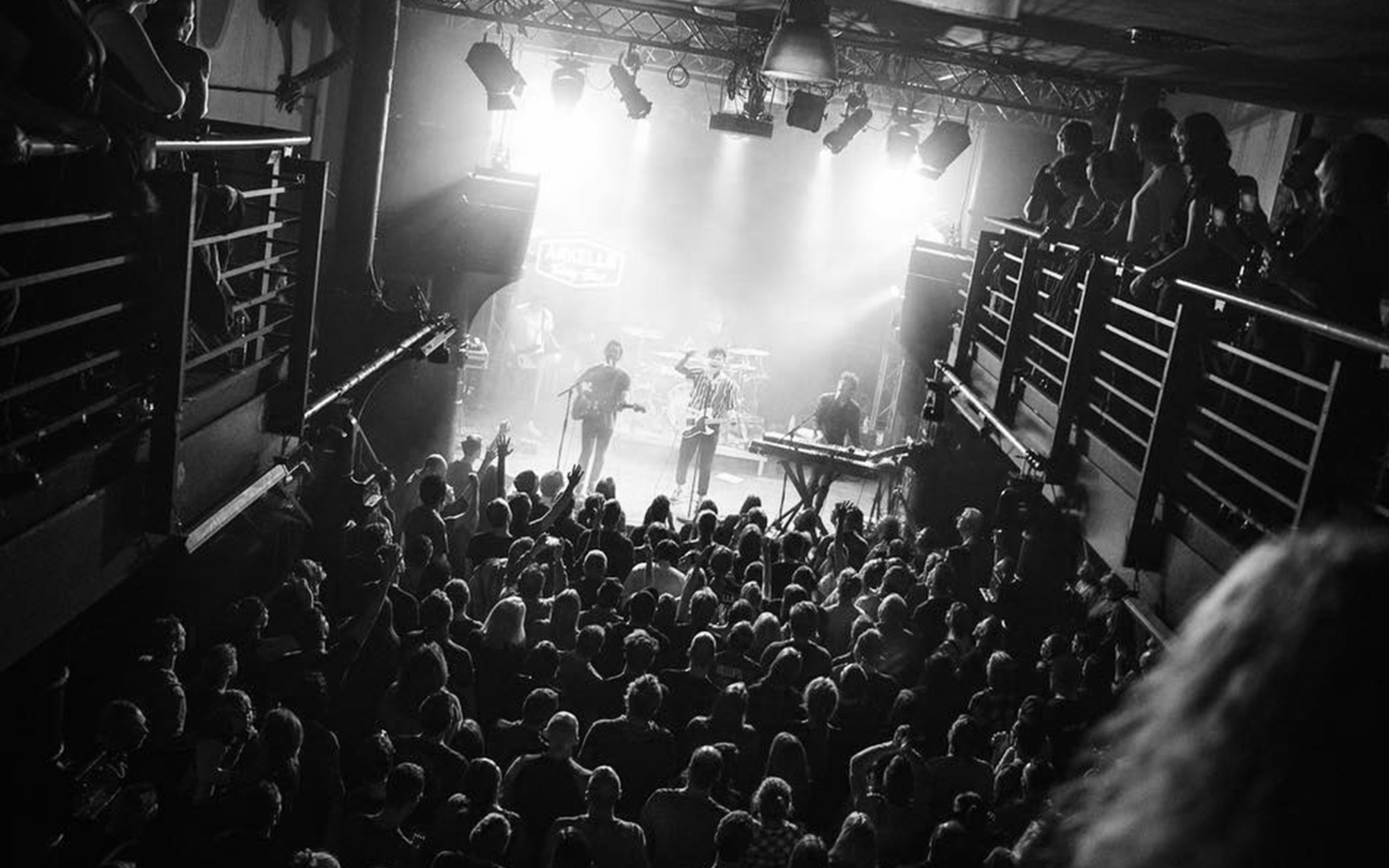 Your first appearance as a band was at Mac’s Battle of the Bands competition during Welcome Week. How did the McMaster environment cultivate your growth as musicians?

MK: I was very lucky to find Mike and Nick on the second and third day of Welcome Week. Many young musicians take years to find bandmates to collaborate with, so this luck of timing is among the many things I feel very fortunate about. In many ways, we were a very normal campus band, with a very normal experience. There wasn’t anything particularly unique or special about our situation or talents for that matter.

I remember we got kicked out of the Brandon and Woodstock rec rooms for jamming too loudly. We had a brief stint at the music department’s rehearsal space, but I think they deemed the drums too loud. None of us were good musicians or really knew what we were doing.

Nick managed the books, Mike took care of the art. Everyone was pretty dedicated to the project.

Looking back, there were some qualities in our personalities that really helped us in a long-term sense. We all had different strengths that complimented our respective weaknesses. Nick managed the books, Mike took care of the art. Everyone was pretty dedicated to the project.

Of course, there are things that happened on the campus that I’m grateful for because I now realize how it helped move the band along. We had a Campus Events Department hosting events like Battle Of the Bands, and bringing in great artists for Welcome Week and concerts throughout the year. Some of the most memorable shows I’ve attended were on campus. Since we were persistent and made relationships with MSU Campus Events, we’d get to open for some of those bands when they played at Quarters (now known as 1280).

RELATED: Shaili Champ may be the new kid on the block, but with a revolutionary sound that is far better experienced than explained. Read here.

We also had a great student newspaper (The Silhouette), with an arts section dedicated to covering local shows. The first radio interview we ever did was at CFMU with Ric Taylor. I’m sure we were stammering, juvenile sounding guests, but like anything else, you don’t get good at interviews without doing a few! 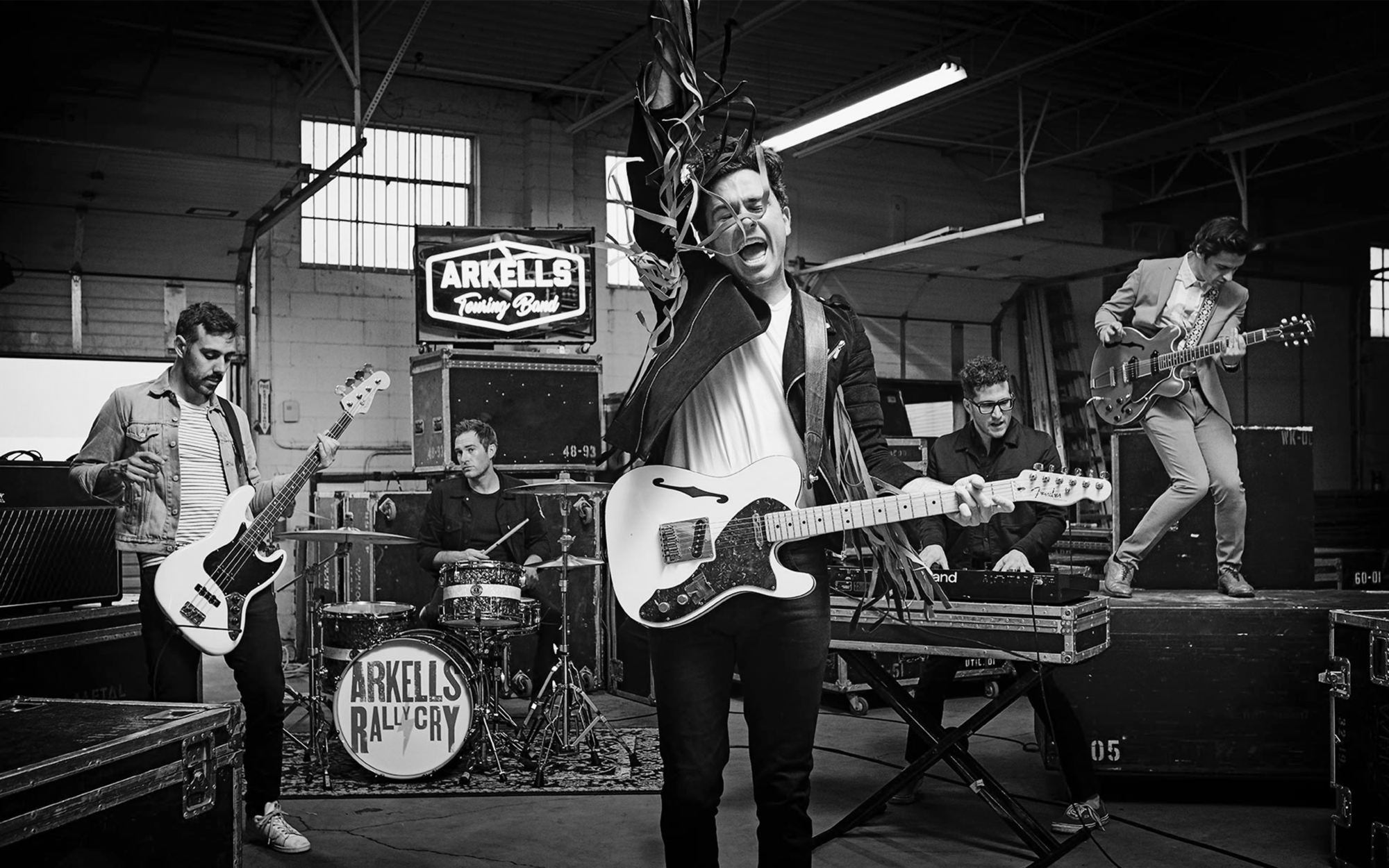 In Arkells’ 12-year history, what has been the most rewarding/memorable moment of the journey for you?​

MK: We’ve had so many great little moments, so it’s really impossible to point to one. I know for those looking in, performing at the JUNOS or headlining a big show might be an obvious choice, but sometimes the smaller moments can really stick out. For some reason, something like selling out a club like Lincoln Hall in Chicago and then eating tacos after feels equally special. 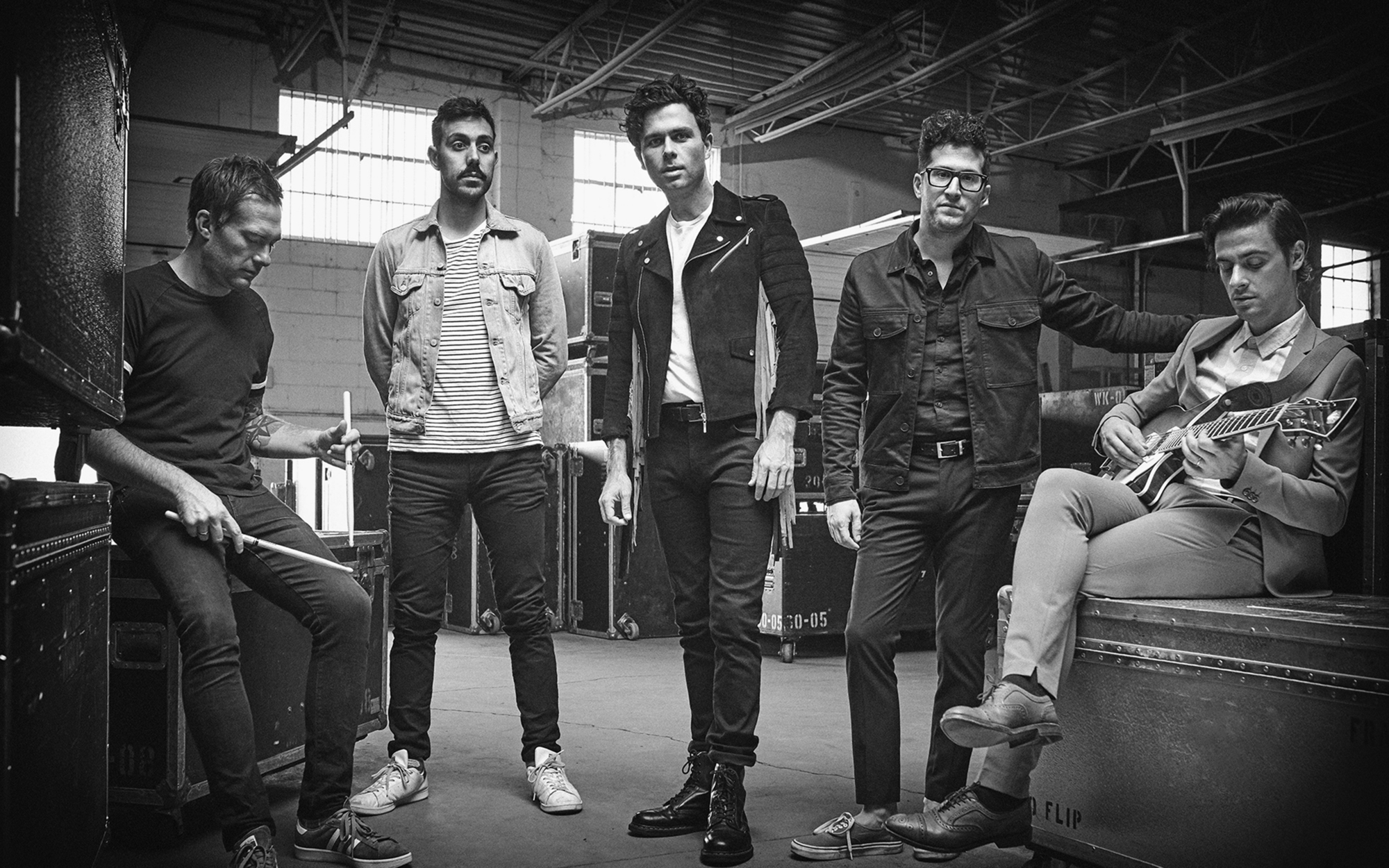 No, I don’t really feel like musicians have an obligation to advocate on social issues more than anyone else.

Your latest album, Rally Cry, digs into politics with songs such as “People’s Champ” and “American Screams”. Do you find yourselves feeling a responsibility as musicians to use your platform for advocacy?

MK: No, I don’t really feel like musicians have an obligation to advocate on social issues more than anyone else. I think a musician should create and write about whatever gets them inspired to sit down at a piano, and go through the often agonizing process of inventing something from scratch, and seeing it through in the studio and beyond. I personally like writing about politics because it’s a subject matter that I believe in to the point that I want to see the song through.

A lot of being an artist is asking yourself the question “does this feel right? Does this feel true to myself?”

Arkells last graced McMaster in 2015, where they performed during Frost Week. When asked if the band would return to the alma mater, Kerman gave an optimistic response: “I hope so. That’s a good idea!”

Good news for Arkells’ Hamilton fans, who continue to cheer them on during their current world tour of Rally Cry.​

Be sure to check out Rally Cry on Spotify and CFMU.

WATCH: CFMU sits down with the Strumbellas to chat about meeting on Craigslist and life without the internet