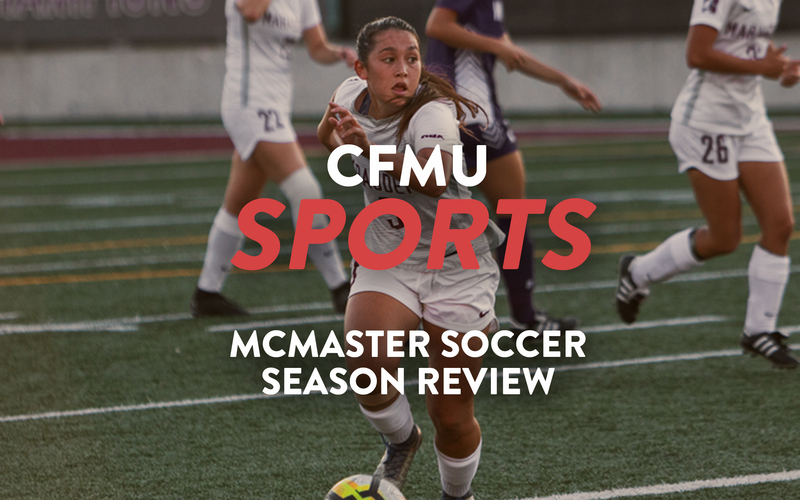 The Marauders run quickly took a turn for the worst, losing 4-1 in their semifinal match against the eventual national champions

The McMaster women’s soccer team recently came back from the U Sports National Championship Tournament in Ottawa, knocking out the defending national champions, the Montreal Carabins, on route to a team best, fourth place finish, for the first time in over a decade.

The Marauders held on to secure a 1-0 extra time win over the Carabins in their first quarterfinal match, following a Montreal own goal. It was the first game the Carabins had lost in 368 days, leaving the Marauders dreaming of a potential national title.

The Marauders run quickly took a turn for the worst, losing 4-1 in their semifinal match against the eventual national champions, the Ottawa Gee-Gees. McMaster would meet the 2nd national ranked Cape Breton Capers in their bronze medal match. Unfortunately, the women’s soccer team couldn’t hold off the aggressive style of play implemented by the Capers, losing 1-0 and finishing fourth in the nation.

The McMaster women’s soccer also won the OUA bronze medal earlier in the year after outclassing an excellent Queen’s team, on route to a comfortable 3-0 victory. The team finished the regular season placed fourth in the OUA West with an 8-3-5 (W-L-T) record over 16 games.

The 4th year player and McMaster women’s captain, Stephanie Roberts, finished the season with a league leading 14-goal campaign. Roberts, on top of winning the OUA scoring title, was included in second team All-Canadian squad. She became the first Marauder in a decade to crack the All-Canadian team since goalkeeper Amy Holt and midfielder Cheryl Druchok did it back in 2008.

The McMaster men’s soccer team didn’t quite have the fairy tale year they expected. After securing their 5th consecutive top three finish in the OUA West with a 9-3-4 record, the men’s team seemed poised for greatness. Finishing 3rd in the OUA West, the Marauders drew the 6th placed Waterloo Warriors in their OUA West quarterfinal match. Following an exciting first half, the match was ultimately decided by a 46th minute penalty decision that was given to the Warriors. The converted penalty would stand as the lone goal in the game, knocking the Marauders out of playoffs and ending their season prematurely.

Dusan finished with 8 goals on the year, leaving him as the Marauders leading goal scorer for the third year in a row. Midfielder Yordan Stoyanov became the third Marauder in the last four seasons to take home the coveted OUA West Community Service Award, displaying McMaster longstanding contributions to the surrounding Hamilton community.

RELATED: To hear more about Marauders soccer, and all things McMaster athletics, be sure to listen to Marauder Morning, Mondays from 9am-10am, only 93.3 CFMU, and CFMU.ca.​

This star-studded McMaster men’s soccer team is capable of much more than what they achieved this season, and will look to improve on the few crucial mistakes that left them watching the OUA final from the sidelines. The men’s team included 14 first year players, the most head coach, Dino Perri, has included in his squad during his ten years with the team.

Looking forward, this young McMaster team can be very optimistic with the likes of Miles Green, Dusan Kovacevic and Cheikh Tchouambou returning to the squad to begin the 2019-2020 season.