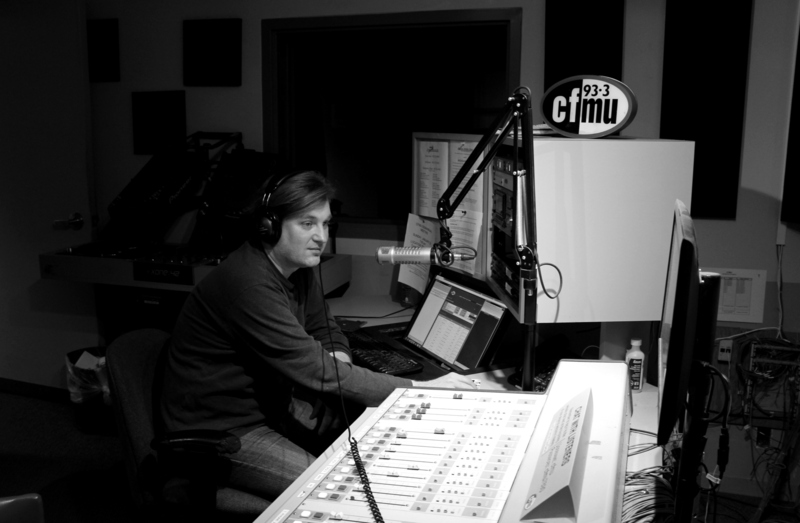 One of my favourite things about CFMU’s wonderfully diverse range of programming is the wide range of music that is presented from literally all over the planet. The station airs nearly 20 shows each week that prominently feature music from a specific country or region of the world. For anyone interested in learning about lots of cool and unique bands from the former Yugoslavia and the countries that succeeded from it, you’re definitely going to want to tune into 93.3 FM on Sunday nights from 9 pm – 10 pm for No Hope – No Fear.

No Hope – No Fear host Beri Sabolic grew up in Yugoslavia and was very involved in the indie/DIY music scene there. He ran a fanzine called Ill in the Head that soon morphed into a record label. From 1994 – 1996 he hosted a radio show titled Ispod Zemlje, which can be translated as “Under the Ground.” He moved to Canada in 1997, and by the end of that year he had starting doing another radio program on CJLO 1690 AM at Concordia University.

Beri took a break from community radio from 2000 – 2014, but in December 2015 he returned to the airwaves with No Hope – No Fear on CFMU. The show tends to focus on indie music but doesn’t confine itself to just that. No Hope – No Fear also occasionally features interviews with acts from the former Yugoslavia.

“I started No Hope – No Fear with the intent of making the shows like essays on certain topics, people, events, and ideas that shaped, or are still shaping, the Yugoslav music scene,” shares Beri. “As the show’s progressed, I’ve loosened that rule. Now I do a 50/50 split between essay-style programs and informative shows filled with new music.

“As a music fan, I love discovering new music and learning new information about acts I already know. Doing a weekly show gives me extra motivation to research and seek out new music on a regular basis, which is a good thing.”

In terms of musical styles, what can listeners expect to hear each week on No Hope – No Fear?

“You can hear all types of music, ranging from experimental lo-fi noise to classical and traditional music,” says Beri. “However, since I grew up on new-wave and was involved in the underground punk scene, that’s what you’ll hear most often.”