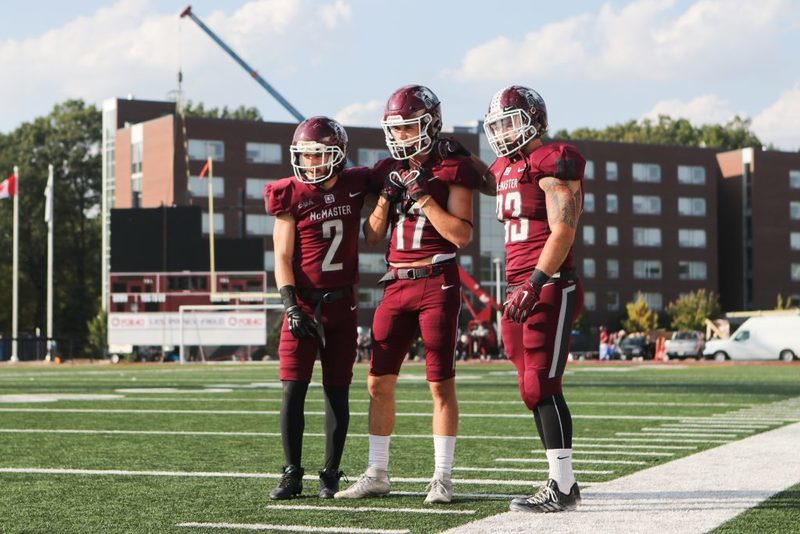 With Homecoming 2018 quickly approaching this weekend, here is a little rundown to prepare for the football team’s big matchup against the University of Toronto Varsity Blues.

The Marauders started the season off at home, during Frosh week, by earning a hard-fought win against their rival, the Guelph Gryphons. The final in that one was 16-15 and didn’t see the Marauders cross the goal line until there was a little under nine minutes remaining in the contest. 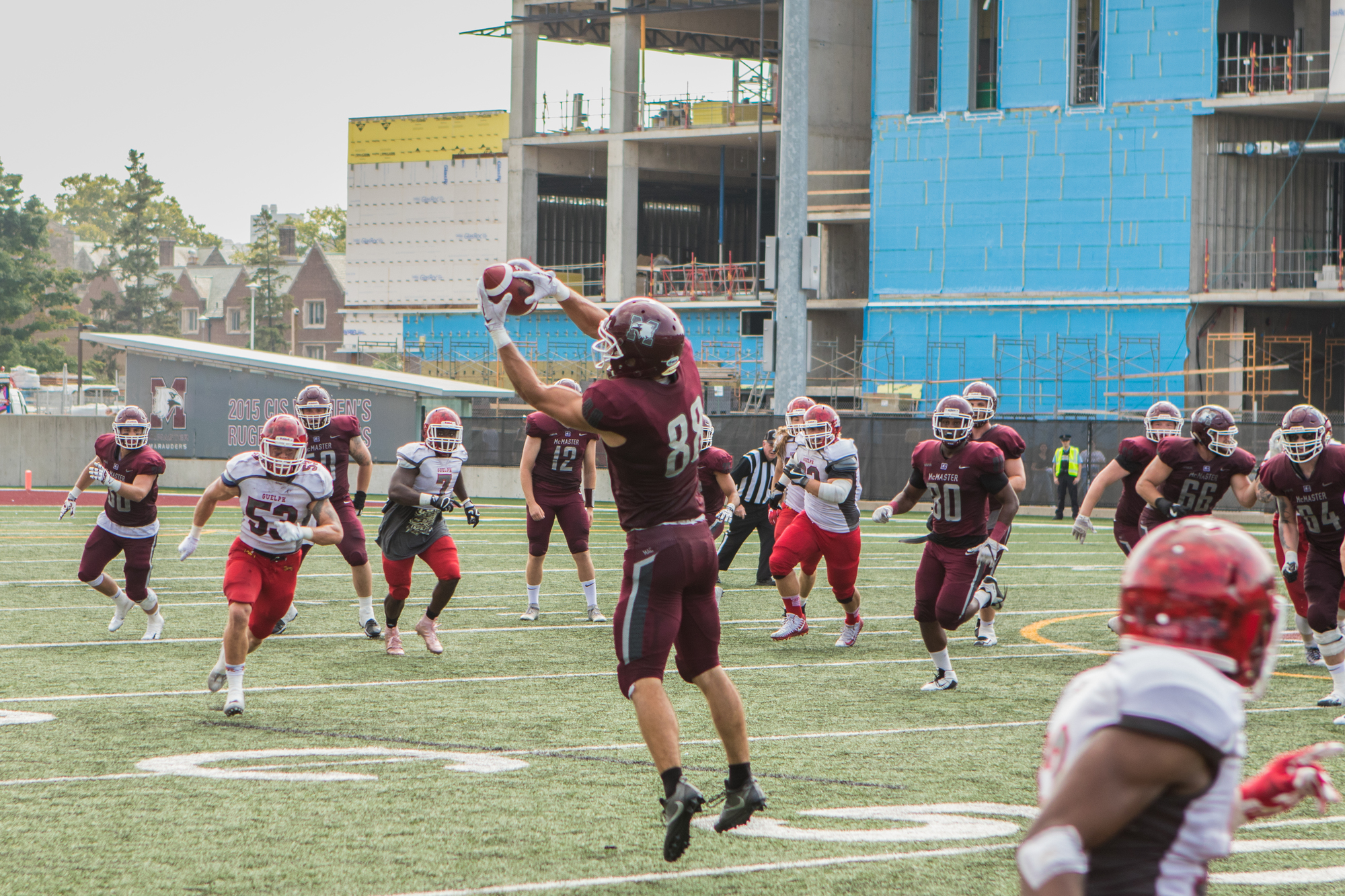 The Marauders defense, a unit which kept Mac in ball games throughout most of the 2017 season, looked to be playing a very similar role as the year previous, holding the Gryphons to 241 yards of offense, and defended the slim Mac lead following the fourth quarter touchdown. The young Marauders defense, led by Defensive Back Nolan Putt, had to show that they can be a lockdown unit like the years previous.

Offensively, it was a very slow day, as they only produced 336 yards, and as mentioned early, didn’t find the endzone until the fourth quarter. The slow start was much like that of the 2017 season, where the offense would often click in the second half. Jordan Lyons will be a huge piece for the Marauders this season, as he will take some pressure off the continuously developing passing game, as he rushed for 79 yards in the season opener. 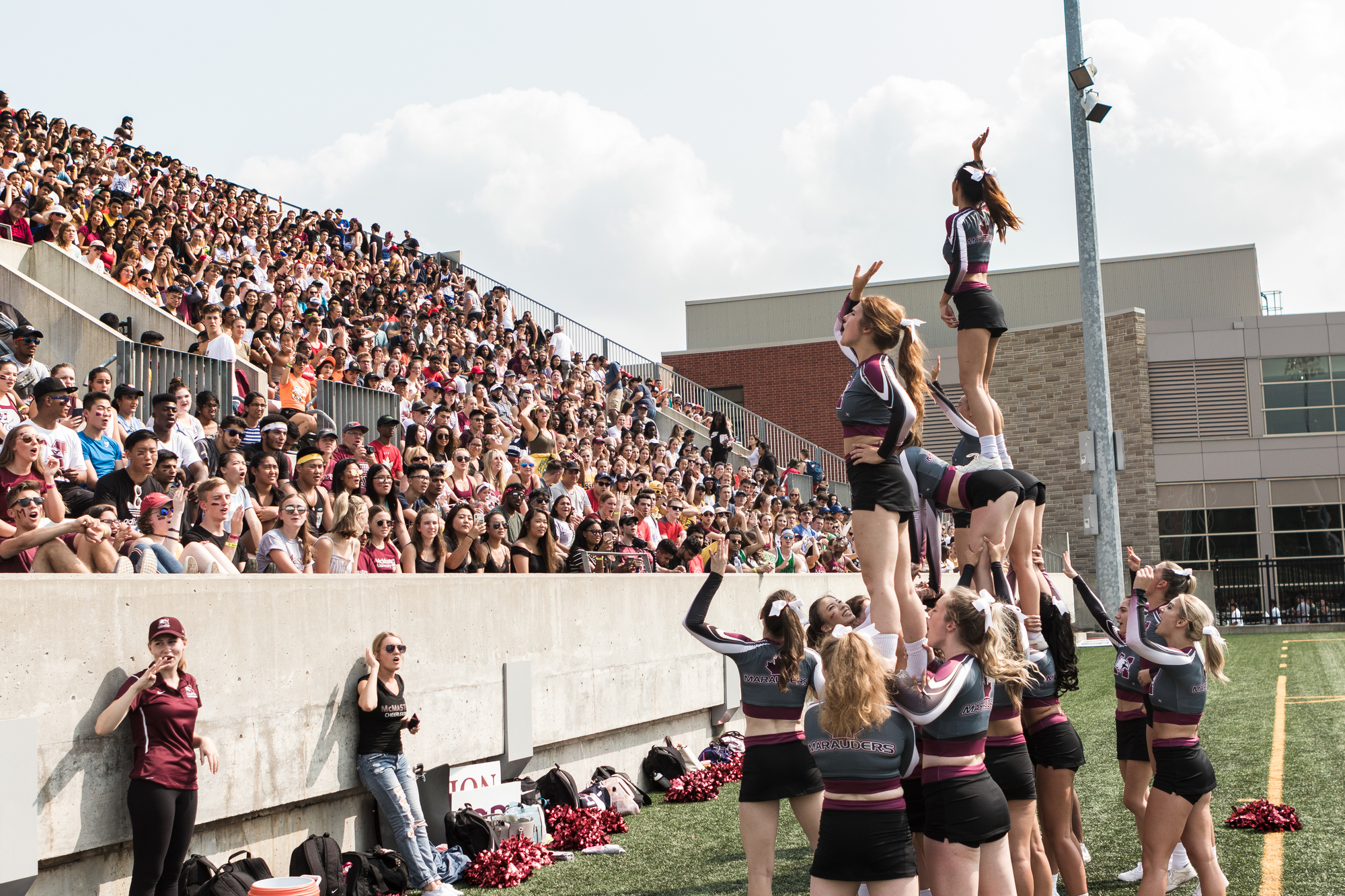 Week two and three saw the Marauders fall to the Ottawa Gee-Gees, and the Western Mustangs, 18-11, and 44-6 respectively. The offense continued to have trouble finishing off drives in the Ottawa contest, as they had 385 yards, yet only managed two red zone appearances, while moving the ball against Western was a difficulty of its own, as they had only 241 yards of offense. In both games, quarterbacks were swapped at the half, as this will be a big question entering the week four homecoming contest for the Marauders. Last year, Jackson White seemed to solidify himself as the starter, but a slow start has seen Andreas Dueck get two appearances in the three games played. If I had to guess, Andreas Dueck will be getting the start behind center against the Varsity Blues.

The Varsity Blues from Toronto enter Saturday’s contest 0-2, with loses to the Waterloo Warriors and the Queen’s Gaels. Historically, McMaster has never had much problem against U of T, as Mac has won the last three contests against Toronto by a combined score of 130-44, however, based on how McMaster has looked thus far, and considering U-Sports Football teams can change drastically every year, you can not assume this one as an easy win for the Marauders. McMaster will need to try and use this game as an opportunity to work out some kinks offensively, and let the defense get back to business as usual in front of what should be a packed house at Ron Joyce Stadium.

Tickets for Saturdays tilt, as well as the remaining two home games this season, can be had at Marauders.ca.

Images by Madeline Neumann​ and Kyle West from The Silhouette