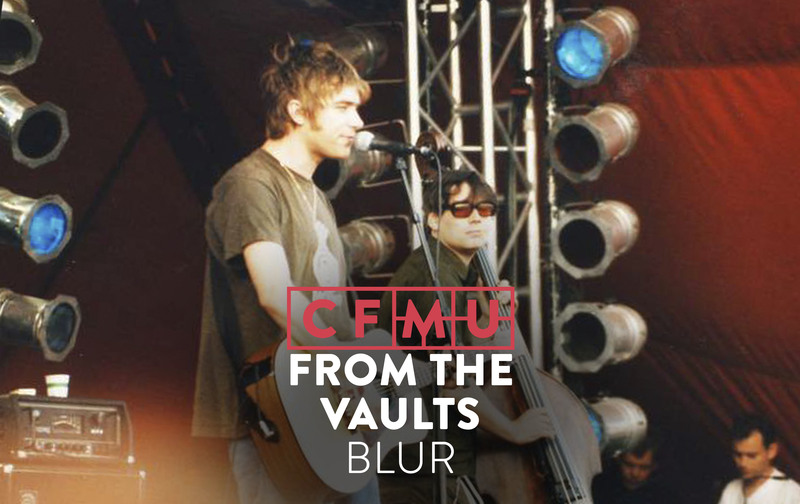 Singer Damon Albarn, guitarist Graham Coxon, bassist Alex James and drummer Dave Rowntree formed Blur in London in 1988. By the time CFMU first added Blur to rotation, the band were part of the then-popular Madchester phenomenon, along with bands such as The Happy Mondays and The Stone Roses. With the release of Parklife in 1994, however, Blur distinguished themselves with a unique (and uniquely British) sound; the smash success of the single “Girls & Boys” propelled the band forward and heralded a new phase of their career.

CFMU’s Claire Hynes had interviewed Blur before, but in 1994 the band were now at the top of their game. The conversation between Claire and singer Damon Albarn is subdued and thoughtful, as they discuss music, the U.K., and Albarn’s thoughts on Canada (“Everyone’s isn’t quite so on the boil as they are in the States,” he says, comparing the two countries).

Blur would go on to sell millions of records while Albarn would also find success with his side project Gorillaz. We hope you enjoy this conversation, another deep dive into the CFMU vaults.