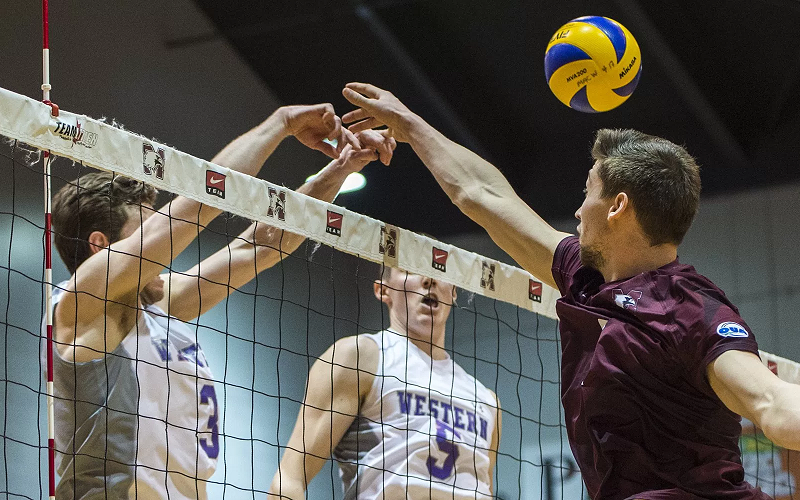 The postseason is here, which just so happens to be one of best times of the year for any U-Sports athletics fan. With the playoffs being set across the country, it means that my bracketology series is in the books. However, even though I will not be projecting a bracket, the least I can do is give everyone an update on the playoff picture across the nation.

The regular season came to an end this past weekend, as the playoff structure begins on March 3rd with four quarterfinals being played.

Western, who finished the season 14-3 and second in the OUA West will take on the Queen’s Gaels, who finished 10-8 and third in the East. My pick in this tilt is Western, as they are coming off a big win against McMaster, which will give them a huge confidence boost through out the post-season.

McMaster, the top team in the field, who finished 15-2 and top of the West, will take on the OUA East fourth place Nipissing Lakers, who finished 10-8. The Marauders are my pick in this one, as they have been dominant all season since dropping their season opener, aside from the loss to Western.

York and Windsor will square up in quarter-final three, as York was the second-place team in the East, with a 12-6 record, as Windsor was third in the West with a 10-7 record. Windsor has been my bubble team from the OUA since the first installment of my tournament bracketology, so I like them in this matchup, as they have played in a stronger Western division all season as well.

The final quarter-final features the Waterloo Warriors and the Ryerson Rams. Ryerson finished the season as the top team in the OUA East, with a record of 12-6, as Waterloo is the bottom seed from the West, with a record of 9-8. My pick is Ryerson, as they were a very strong team, and knocked off the likes of McMaster to start the year, but you cannot sleep on Waterloo as they swept Ryerson earlier this season, and tend to play in very close matches with strong opponents.

The playoffs have already begun in Western Canada, as they are through the quarter-final stage and the semi-finals are set.

The second seed UBC Thunderbirds, who were featured as the top team in the projected field on occasion in my projected bracket, were able to make it past the seven seed, Manitoba. With the win, UBC advances to a semi-final date with the Alberta Golden Bears, who made it past Calgary in two games. Alberta is the tournaments three seed, as they finished the season 19-5. I like UBC in this series, as the Thunderbirds have emerged as a force in the national picture this year.

The Winnipeg Wesmen were the surprise victors over the Brandon Bobcats in the quarterfinals, as they took this series to three games. Brandon was the four seed, and Winnipeg the five, so this does come as a bit of an upset, especially considering how Brandon was a bubble team for most of the season. Winnipeg’s road to the national tournament does not get any easier however, as they will need to take on the top seed in Canada West, and national #1, Trinity Western Spartans. Trinity Western knocked off Thompson Rivers in the quarter-finals. As much as I am a sucker for a good upset, Trinity Western is just too strong to not choose as my favourite in this one.

The semi-finals in Canada West are a best-of-three series, which will take place this weekend.

The AUS features two teams, so they have already begun their final in Atlantic Canada.

Dalhousie and UNB are taking part in a best-of-three games Atlantic Championship series, which Dalhousie began with a win this past weekend. Dalhousie was the clear frontrunner in the AUS towards the end of the season, and with them already holding a 1-0 series lead, I like their chances to be the representative from the AUS at the national tournament.

In Quebec, Laval edged Sherbrooke in the RSEQ semi-final for a spot in the final against the Montreal Carabins. It was not until recently that Montreal took sole possession of the top spot in Quebec, however, they stand as my favourites to represent the RSEQ at the national tournament as they have found themselves in a great run of form as of late, beating marquee teams like Laval and Dalhousie.