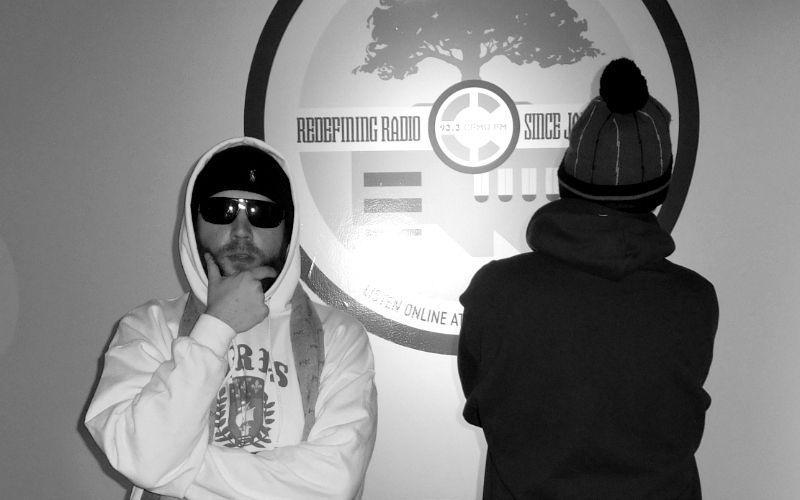 Between 8 and 9 pm every Thursday, things get a little weird on CFMU.

Weird Hour, co-hosted by two gentlemen claiming the showbiz aliases Miami Dolphino and Abstract Dolphino—brothers, ostensibly—hits the Hamilton airwaves with an unpredictable, and yes, more times than not, weird line-up of music. Depending on the week, the playlist can run the gamut from decades-old, delicate folk rock demos to the hardest, current-to-the-day, digital trap rap. Weird Hour can be ferocious and bangin’, or it can be oh so soft, and it can occupy any shade of grey in-between.

The wide disparity in the musical styles showcased on Weird Hour is due in large part to the eclectic tastes of the Brothers Dolphino. Yet there is a consciously inclusive subtext to it, too, so that - according to Abstract Dolphino, “no one feels left out because of their eccentricities.”

Asked directly what the show is all about, Miami Dolphino replies by challenging potential listeners to “Tune in to hear weird music that you’ve never heard. Or, perhaps, tune in to hear normal music that you have heard, but that you wouldn’t expect to hear on a show called Weird Hour, rendering even the normal weird.” “Also, we play loads of Canadian music that is always notable," adds Abstract. "We… fill the Canadian quotient in less obvious ways.” Such as?  “Underground artists from Mississauga banging on pans.”

Most of the time the Brothers Dolphino alternate programming the week’s playlist, but every once in a while specially selected—and usually anonymous—guest DJs are brought in to add some spice. Asked about those who deemed worthy to curate an episode, Abstract cryptically muses that, “these individuals contact us through the sacred Weird Order. They are drawn to the show because of special capabilities of comprehension they hold. They are drawn to the New Weird Order.”

What the New Weird Order is precisely, is not clearly spelled out by the Brothers Dolphino, other than “it is pure energy” and “cannot be stopped.” A steady, weekly consumption of Weird Hour leads one to believe that these assertions are doubtlessly true.

“One thing is certain,” Miami Dolphino posits with solemn finality, “as long as there are hours, the possibility exists for one of them to be weird.” And so it does. Every Thursday night.