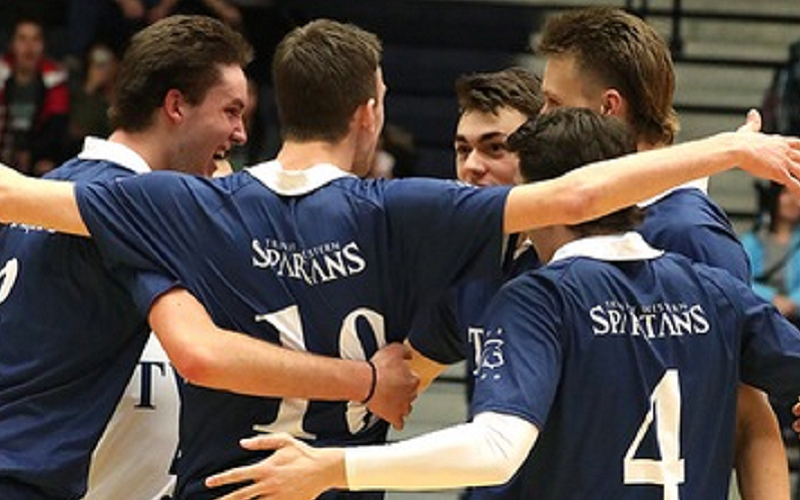 All things remain static in the OUA, as McMaster continued their winning streak, with victories over RMC and Queen’s in a road trip to Kingston. Despite winning out this past weekend, McMaster dropped from #6 to #8 in the national polls. However, I still keep them as #3 seed. Western continued their strong form, as they rang in two sweeps over Toronto and Trent, earning them an honourable mention in the most recent national poll, while Ryerson managed to take their lone contest of the weekend in five sets against Windsor.

Windsor remains the team to watch out for in the OUA, as they went 1-1, with a win over Trent, as well as the loss to Ryerson.

Similar to the OUA, all three teams currently in the field picked up two wins over the weekend. The #1 seed in last week’s projected bracket, fell to #2 in the national polls, despite not doing anything to earn this fall. UBC won 3-0 and 3-1 over Regina, but because of their move from #1 to #2, they are the #2 seed in this week’s bracket. Trinity Western, who was #2 in last week’s bracket and national rankings, moved to #1 nationally, earning back their #1 spot in this week’s projections, as they won 3-1 back-to-back nights over Calgary. This weekend, Trinity Western and UBC matchup on Friday and Saturday, which can make for some big changes in the predictions to come. Alberta, who is #4 in the tournament, and #3 in the country, won 3-0 and 3-1 over Saskatchewan.

Brandon swept MacEwan twice over the weekend, keeping them as the team to watch from the West, as they are the #4 ranked team in U-Sports.

The Atlantic saw their race to the tournament get much tighter, as the UNB Varsity Reds beat the Dalhousie Tigers, 3-1, putting New Brunswick one game back of Dalhousie. This upcoming weekend, there is an interlock tournament with RSEQ, which could bring about some changes in the field, but for now Dalhousie holds the AUS’ spot in the tournament.

UNB will be watched heavily in the next few weeks, following their win over Dalhousie.

Despite a loss to the team eyeing their spot in the field, Laval will still sit in the championship, as they remain one spot higher than their Quebec counterpart, Montreal, in the most recent national rankings. A interlock tournament with the Atlantic can make for interesting changes however.

Montreal beat Laval 3-1 this weekend, but the remain a team on the bubble as they are still behind Laval in the national rankings, sitting at #6, while Laval sits at #5.