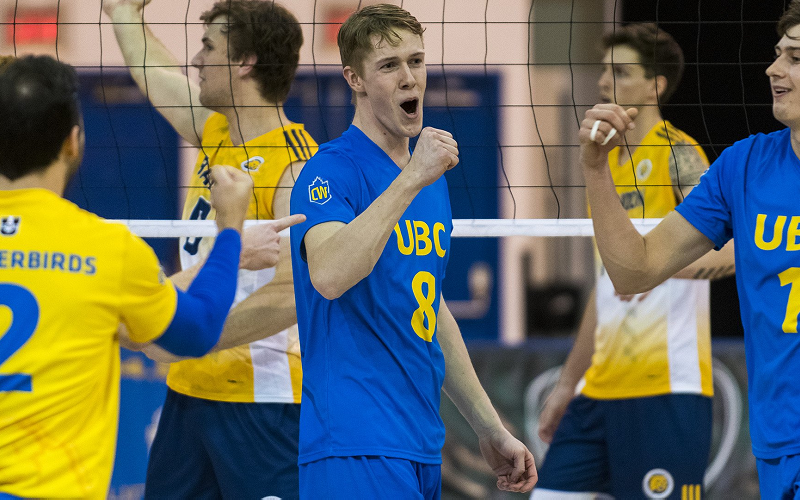 With another week of volleyball in the books, only one team has lost their spot, while three fall from their previous rank in my projections. From this point forward, I will also add a team to watch for each conference.

All three teams who were included in the first release of the projected bracket remain in the field. McMaster, who was the #2 seed in last week's edition, has now fallen to the #3 seed, as they were not in action this past weekend, and Canada West continue to show how strong they are. Ryerson and Western both remain in the field, however, they switch spots, as Western moves up to #7, and Ryerson falls to #8 with their loss to Brock on Friday. The team to watch for the OUA is Windsor, who are 8-4, and are third in the OUA West. They were also an honourable mention in the national rankings from January 23rd.

In the west, the three teams from last week remain in the field, however, the UBC Thunderbirds move up as the take position of the top spot in the tournament, as they are now the #! team in the national rankings. The Alberta Golden Bears hold their position at #4, as they did not play this weekend. Trinity Western falls to #2 as they also went to #2 in the national rankings in the most recent polls. The team to watch from the west is the Brandon Bobcats, as they are fourth in the west, as well as the #4 rank nationally.

The biggest change in this week's projections comes from the Atlantic, as the Dalhousie Tigers move into the field, as they defeated UNB twice this past weekend. UNB is the only other team from AUS, so they are the team to watch. They were in last week's bracket, and with another matchup against Dalhousie next weekend, things could change in the Atlantic.

In Quebec, Laval remains in control, and stay in the field as they picked up another win this weekend, as they also moved up to #4 in the national polls. However, with an interlock tournament with the AUS in two weeks, thing can quickly change. Montreal is the team to watch in Quebec, as they are only a win back of the leaders, Laval, and the two square up next Sunday, a match that can even things up in the standings.

If all holds constant, the first-round matchups would go as listed below. The number in the brackets is where the team sat in my previous projections.

Continue to stay posted for a new projection every week, and tune into Marauder Morning for more analysis.