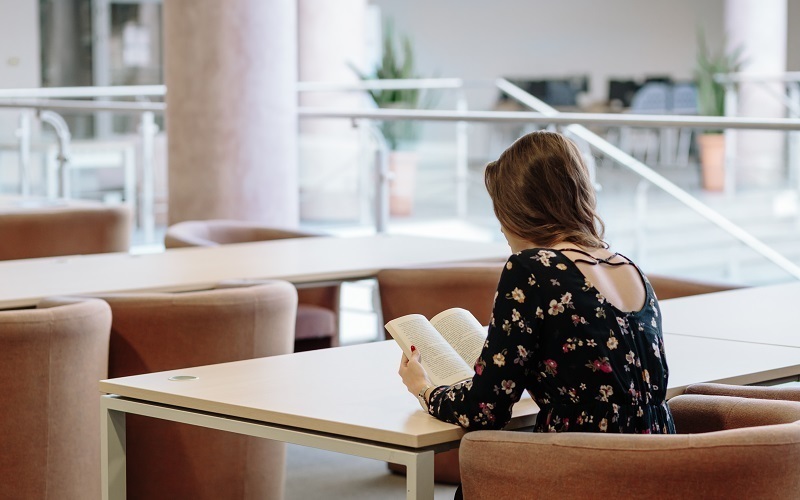 Do you know an awesome group or individual who deserves recognition? Help us honour them with an MSU Award! Nominations are now open for the 5 MSU Awards presented annually, recognizing individuals/groups a range of areas including: spirit, athletics, leadership, volunteering, community service, and special achievements.

Learn more about the awards and nominate your peers who come to mind:

The Honour M, the highest award that the McMaster Students Union (MSU) bestows, has been presented annually since 1932 in recognition of outstanding leadership, volunteer service, contribution and/or special achievement in extra-curricular activities.

Nominee must be an MSU member who shall normally be in the final year of their academic programme.

The Rudy Heinzl Award of Excellence

The Rudy Heinzl Award of Excellence has been presented annually since 1997 in recognition of an outstanding one-year achievement which improves the lives of students at McMaster University.

Nominee must be an MSU member who is not in the final year of his or her academic programme.

The J. Lynn Watson Award for Community Service has been presented annually since 1983 by the McMaster Students Union to the campus group that has made the greatest one-year contribution to charitable giving.

The MSU Spirit Award is presented annually to the campus group that has demonstrated superior spirit. The Selection Committee will consider those campus groups that best represent enthusiasm, participation, dedication, and increasing school spirit at McMaster University.

Nominations are due Friday, February 3rd, 2016 at noon to awards@msu.mcmaster.ca. Download the nomination forms or learn more at www.msumcmaster.ca/awards. 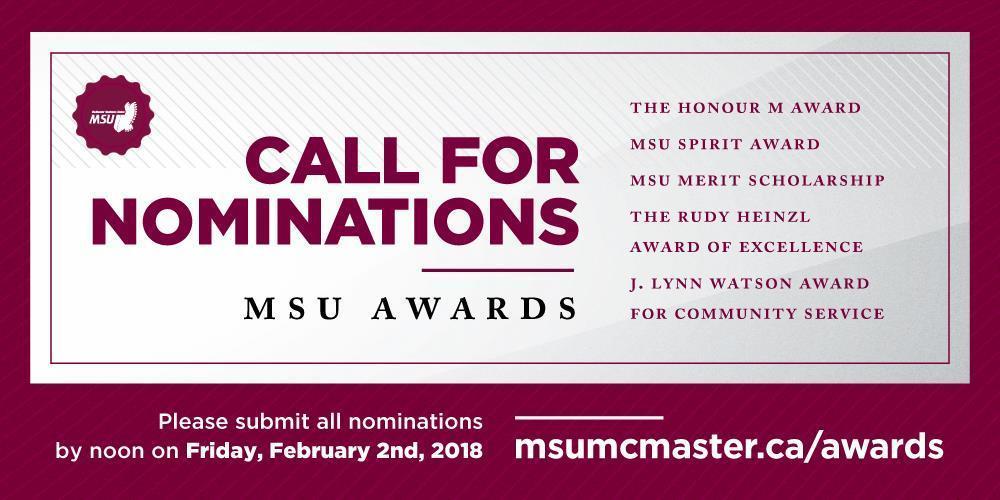