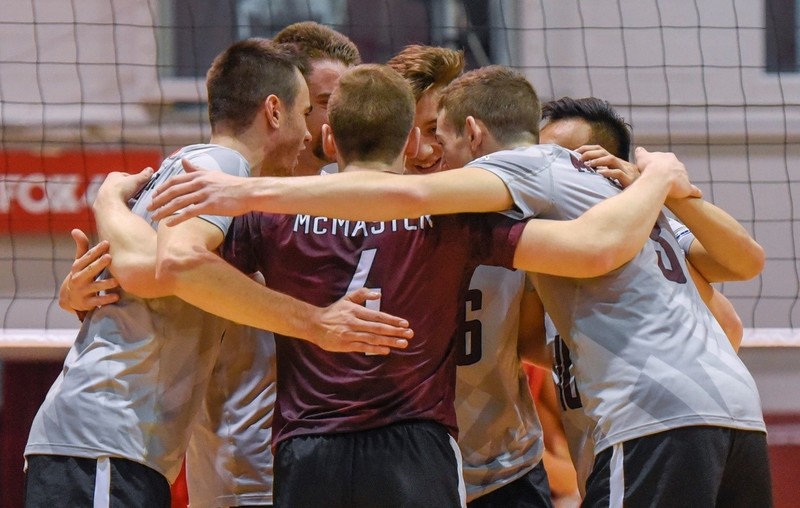 With McMaster hosting the 2018 U-Sports Men's Volleyball National Championship March 16-18th, I thought it would be a good idea to look at the status of the U-Sports volleyball picture and how the field would look if the tournament were taking place this coming weekend.

The tournament consists of a field of eight teams from across the country. Of those eight teams, four are the winners of each conference. The remaining four teams are the host of the tournament, so this year, McMaster, and the final three is two berths to the runner-up and third place team in the Canada West division, and the runner-up in the OUA. The three seeds are given in this format, because the West is generally the strongest conference of all the four, and the OUA is the next strongest.

While I can't play the role of the seeding committee and precisely seed each participant, I can show what eight teams would fill out the field and a projected bracket.

Three teams from the Ontario University Athletic conference will be in the field, because McMaster is the host. If the tournament were taking place in another conferences site, there would be two.

McMaster is likely the favourite to win the OUA as of this moment, as they hold a 10-1 record, and are the only team from Ontario in the most recent national polls, at #6. If all plays out accordingly, I could see McMaster picking up the #2 seed in the tournament.

If McMaster were to win the OUA, that would mean the second and third place teams from Ontario would make the field. Based solely upon current standings, the two teams would likely be Ryerson from the OUA East and Western from the OUA West. Conference champions must be seeded between 1-6, meaning there are only two available spots inside that top six for these two teams to place. Due to how strong Canada West is, I would see Ryerson grabbing the #7 spot, and Western #8.

Three teams will qualify from the Canada West conference, which is tough, because of how strong the teams are in this conference, as the last four tournaments have seen a champion from Canada West.

Currently, the two-time defending champion Trinity Western Spartans are the #1 team in the U-Sports national rankings. Holding a record of 17-1, I likely see them winning Canada West, and holding the #1 seed in leading into the tournament.

The current standings in Canada West have the Alberta Golden Bears as the second-place team, with a record of 15-3, and #3 in the national rankings. With this, they would be the #4 team in the tournament.

The final Canada West spot would go to the third place British Columbia Thunderbirds, who have a record of 14-2, and sit #2 in the national rankings. Despite being behind Alberta in the Canada West standings, they are the #3 seed in this projected field.

The AUS schedule is an interesting one, because only two teams from Atlantic Canada compete. The two teams from out East, New Brunswick and Dalhousie play one another six times as a regular season schedule but compete with teams from Quebec in conference-interlocking tournaments. As of right now, the New Brunswick Varsity Reds would get in with the AUS bid with a record of 3-9. They would receive the #6 seed in the projected field.

Three Quebec based schools compete in the national volleyball picture, those being Laval, Sherbrooke, and Montreal. These three compete against each other in regular season matches, but also in the conference-interlocking tournaments mentioned above, with the schools from Atlantic Canada. As of right now, the Laval Rouge-et-Or sit #5 in the U-Sports rankings and hold the conference lead in Quebec. If the tournament occurred this weekend, Laval would receive the #5 spot as the RSEQ bid.

With the bids that have been projected above, the matchups in the first round, or quarter-finals, of the U-Sports National Championship would be as follows:

For tickets and more information about the event, visit Marauders.ca or USports.ca.