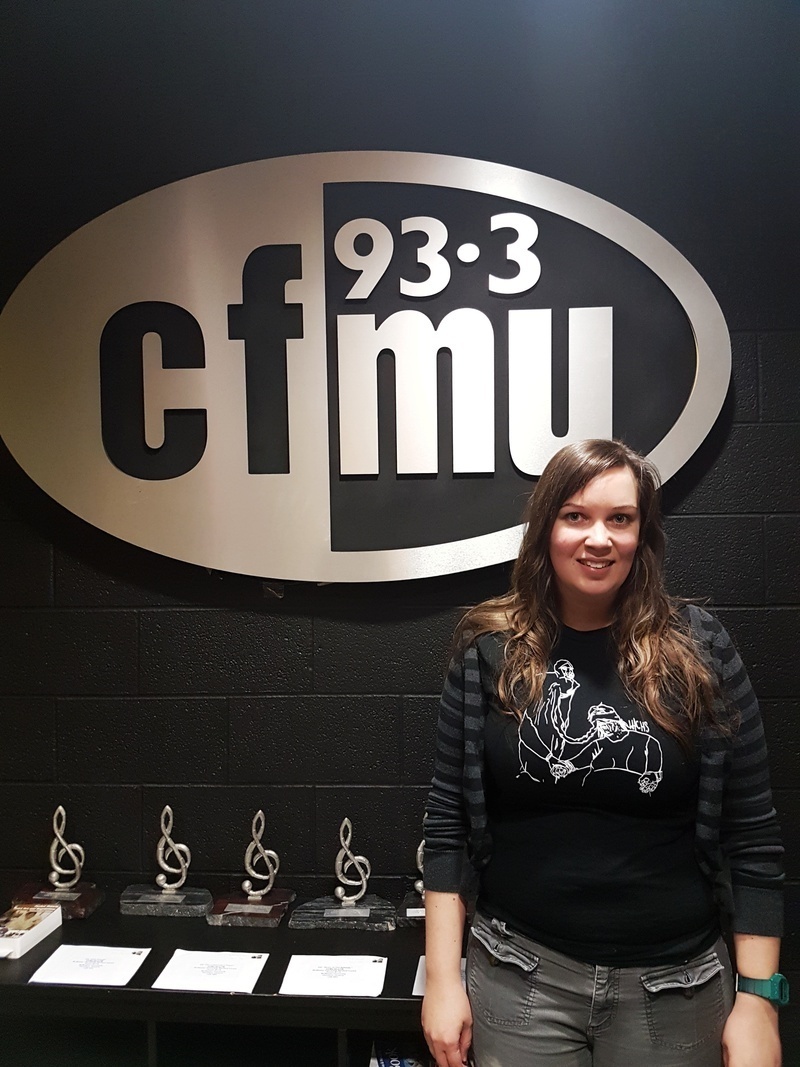 The End of Radio first hit the CFMU airwaves in October 2004. In her description of the show, host Laura uses the words "nauseants and sedatives,” and the show’s playlist is weird and abrasive at times, chill, beautiful and immersive at others. Laura says the most important thing in programming the show is that songs flow into one another and progress in the set. "The music can be abrasive but I don't want the changes to be jarring for the listener," she says. "I want them to feel a flow. I want it to make sense.” Choosing songs on the fly, Laura goes with her mood as she walks into the station and turns on the mic each week.

All of my best friends are still people I met at The Raven...

Laura playfully calls herself a “veteran scenester,” as she began attending local shows in 2001, when she moved to Hamilton from Caledonia to attend McMaster. “By second year I was going to shows at The Raven up to 4 nights every week," she recalls. "All of my best friends are still people I met at The Raven. At that time my favourite locals were Wax Mannequin and this other band out of Caledonia called The Huge Trucks. I went to dozens of shows of both those artists and racked up my student loans. I also saw lots of touring bands and really learned a lot about music.”

When joining CFMU, Laura was finishing up her undergrad at Mac and friends encouraged her go for it. “I can’t believe I've been doing my show for 12 years," she muses, "so in some ways it feels really natural but I'm still a bit shy. All I wanna do is play music.”

Which local band should be on your radar right now? For Laura, it’s WTCHS. “Their new record She Walks, She Creeps is my favourite of 2016 and definitely, easily, with no exaggeration, one of my absolute favourite records ever. It's noisy, it's intense, and it's very emotional. I have an emotional reaction to it, and that's what I think music should do,” she says.