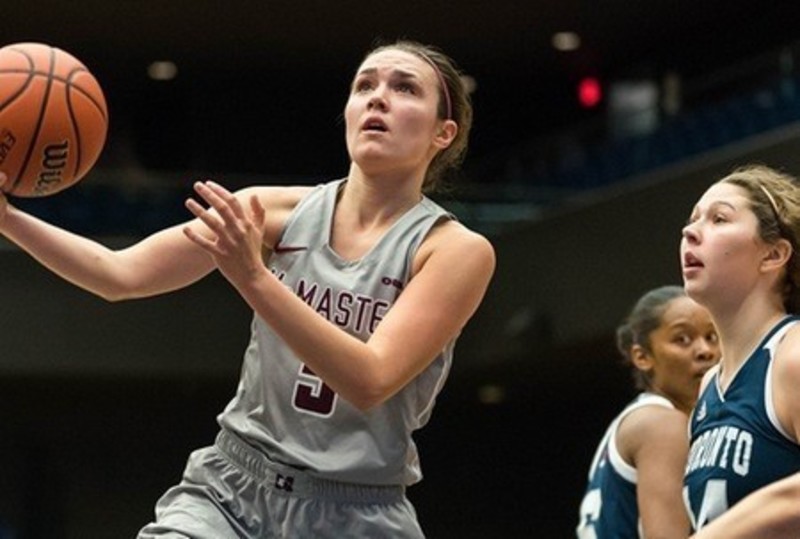 The Winter break has come upon both Marauders basketball and volleyball players, as regular season action will not pickup again until the 2018 calendar comes along. We will look back at what the Fall portion of each teams schedule held, and what the teams will face when we return from the holiday season.

It was a tough fall semester for the men's basketball side, as they complete the autumn portion with a 1-9 record, putting them eighth out of nine in the OUA West, ahead of only Lakehead.

The Marauders began the year with a 84-79 win over the Guelph Gryphons, a result coach Patrick Tatham would have been thankful for in his McMaster competitive debut but unfortunately, it has all gone downhill since then. The Marauders are currently on a nine game losing skid, following a drubbing by the national number one Carleton Ravens, and a tight overtime loss to the Ottawa Gee-Gees. While their record is what it is, the Marauders have been in every game, with the exception of the tilts against Carleton and Laurentian. If the Marauders can keep things competitive like they have done most of the season, they should be able to bring in at least a couple more wins.

The Marauders have 14 games remaining in their regular season, and 13 of these are against teams who currently sit below .500. Due to this, and the fact the OUA West has only one team with a winning record, the Brock Badgers, the Marauders still have an outside shot at the playoffs if they can turn things around in the winter part of the season.

The men's side have two players sitting inside the OUA top 10 in scoring to this point in the year, as David McCulloch averages 19 points per game, good for fourth, and Miles Seward averages 18.4 points per game, good for seventh. There is no doubt that McMaster has the scoring prowess to compete in the OUA West, however, it might be their shot discipline which needs to improve, as they carry a field goal percentage of 36% this season, ahead of only Lakehead in this category.

Overall, if the men can improve upon this figure, as well as continue to get the contributions they have been getting from McCulloch and Seward, with some strong numbers from Matthew Quiring and Kareem Collins, the Marauders 2018 half could be much prettier than the first.

The ladies had a better time in the fall part of their schedule, as they close out 2017 with a 6-4 record, as they are in a three way tie for second in the OUA West.

Like the men, they beat the Guelph Gryphons, 70-61, to open the season, then went 2-2 to start the year, won their next four, which lead to them carrying a 6-2 record into the final weekend of the fall portion, where they also had a tough time against the two schools from the Ottawa area, which saw them fall from the national rankings. However, the ladies were playing without their two leading scorers in those two contests, Hilary Hanaka, who averages 17.9 points per game this year, fourth in the OUA, as well as Linnaea Harper, who has not seen action since November 11th against Toronto. Harper and Hanaka are likely to be back in the lineup come the restart of the season in January.

The last 14 games of the season is a pretty balanced breakdown in terms of difficulty of opponents. They have four games against teams who currently sit at 0-10 to finish the 2017 calendar year, while they also play six games between the two teams they are tied with in the OUA West, as well as the Windsor Lancers who sit atop the West.

Theresa Burns' side have been lucky to have a player like Hilary Hanaka, who can move the ball, and score in bunches, along with Jelena Mamic who acts as a floor general with great distribution. Olivia Wilson is a tough matchup for any opposing centre down-low, and opposing defenses have to be weary of the scoring power from Erin Burns in the starting lineup, as well as Julia Hanaka and Sarah Gates off the bench, and things can only get better with the return of Linnaea Harper in the horizons.

If Hilary and Linnaea can remain healthy, along with the entire Marauder roster, the women will be a force in the second half, heading towards the end of the campaign. 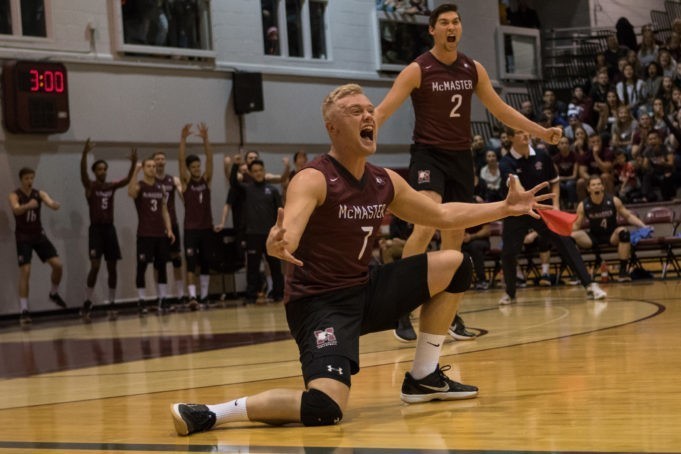 The men finish the fall portion with a 6-1 record, as they have won six straight since their season opening loss to the Ryerson Rams, and are the only OUA team to be in the U-Sports national rankings, standing No. 9 in the nation. As noted at the start of the season, this year's squad is a more youthful side, and they have not backed down to the challenge at all.

The Marauders have received the contributions they had hoped they would get from veterans Brandon Koppers and Andrew Richards, as well a big impact from players seeing first team action for the first time in Matthew Passalent and Bennett Swan.

The men have 10 games remaining in their regular season. Two of these are against teams who have yet to win a game this season, and another four of these are against teams who have won a game, but are under .500 on the season. All in all, the remainder of the schedule is not too difficult for the men, as they should be able to maintain their form heading towards the end of the season.

The men stay in action over the winter break with two exhibition contests against NCAA #2 Long Beach State at Burridge Gym.

The women's volleyball squad also enters the holiday season with a 6-1 record, ranked No. 6 in the national polls, and atop the OUA West, as they are one of two Ontario schools inside the top 10. They, like the men's side, lost their first tilt of the year to Ryerson, but have one every contest since.

The veterans have played a large role in the team's success up to this point in the season, as two-thirds of their starting six is either in their fourth or fifth year, including Joanna Jedrzejewska, Carly Heath, Maicee Sorensen and Caitlin Genovy all in their fifth year seeing regular action. While being dependant on the experience players, younger members such as Hailey Kranics and Jessie Nairn are seeing plenty of floor-time, which bodes well for the years to come.

In the 12 games remaining in the regular season for the women, eight are against teams under .500, while the remaining four come against three teams from the OUA East, all who currently have only two losses, as well as OUA West rivals in the Western Mustangs. These four games come after one another, beginning against Queen's on February 4th, then ending back home, against Western on February 17th. If the ladies can continue their red-hot form through the second half, they will be in good shape heading towards the postseason.

The ladies will be able to stay in tune over the holidays, as they play in a tournament at the University of Toronto from December 28th to 30th, as they will face Laval, Sherbrooke and St. Mary's.