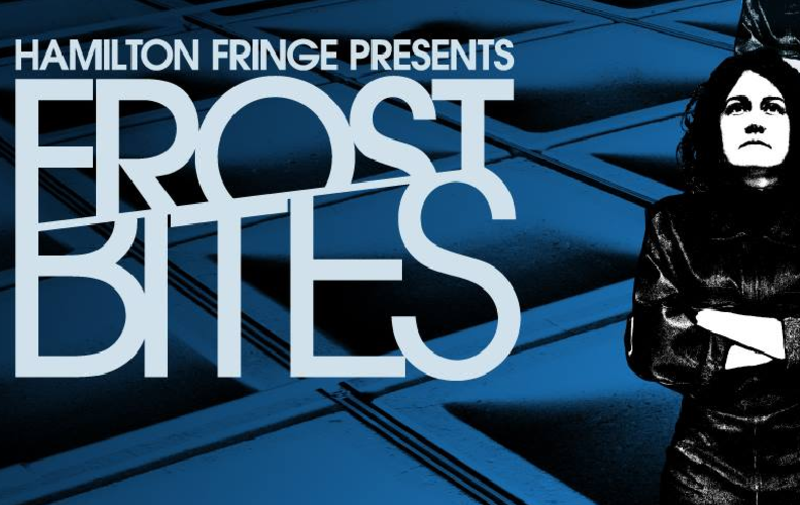 Alright so it's the dead of winter which often times gets people feeling a little more inclined to stay home and wait until summer comes back around. That being said, something is sure to heat up Hamilton during the coldest month of the year. If you're someone who looks forward to this event during the year, you already know what I'm talking about. Frost Bites!

Frost Bites is presented by Hamilton Fringe and is Hamilton's ONLY site-specific, winter theatre festival. This event is super exciting because it offers an array of hot local artisits that will be presenting performance "bites" throughout the grounds of unique spaces in Hamilton. Each year, Frost Bites is hosted in a fun Hamilton location, and this year, you'll be checking out the Art Gallery of Hamilton!

I do have to point out though - this is more than just your average theatre performance. Frost Bites is a fun experience for both the performers and the audience themselves. As audience members, you get to choose what shows you want to see and when! This is possible due to the fact that performances will be ongoing and companies will be conducting multiple performances throughout the festival. Oh, and each performance is 20 minutes or less, so you'll definitely be able to check out quite a few!

Frost Bites will be happening from February 16th to 19th at the Art Gallery of Hamilton. Earlier this week, we brought in the Executive Director, Marilo Nunez to tell us a bit more about what we can expect and the significance of this festival in a city full of artists. We also were lucky enough to speak with a couple members of one of the companies that will be at Frost Bites this year! Senjuti Aurora Sarker and Jamie Kasiama of Sage for the Stage told us a bit more about their concept, what they hope audience members get out of it, and how they came to form their company in the first place.

You can check out our full MorningFile interview below!