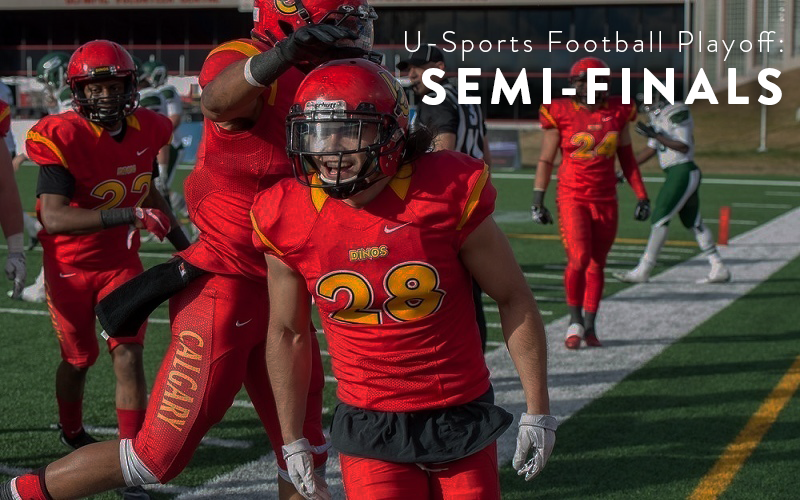 Every conference champion in Canada has now been decided, from East to West. With the conference winners being finalized, we can now look forward to the National Semi-finals this upcoming weekend. With only four teams still standing, here is everything to watch for this weekend as we look toward the 53rd Arcelor Mittal Vanier Cup on November 25th.

The 2017 Uteck Bowl will be between the Yates Cup Champion Western Mustangs from the OUA, as they punched their ticket with a 75-32 drubbing of the Wilfrid Laurier Golden Hawks and the Loney Bowl Champion Acadia Axemen from the AUS, who won a double-overtime thriller, 45-38 against the St. Mary’s Huskies following the recent ineligible player controversy.

The Western Mustangs have yet to lose a game this season, whether regular season or post season, making them arguably the strongest team remaining in the field. With starting Quarterback Chris Merchant back in the lineup, the offense will likely be firing on all cylinders. Merchant was the fourth ranked QB in the OUA with 249.4 passing yards per game, as well as 12 touchdown passes. He finished the season with 1,995 passing yards, also good for fourth in the province. The Mustangs rushing game is no joke either, as lead back Alex Taylor ran for 831 yards this season, good for second in the OUA, and Mustangs second running back Cedric Taylor lead the OUA in rushing TD’s with 10, who also went for 250 yards in their Yates Cup victory.

On the Defensive side of the ball, the Mustangs gave up an OUA best 13.1 points per game, lead by Linebacker J-G Poulin, who had 37 tackles on the season and 2.5 sacks.

The Atlantic Champion Acadia Axemen were the strongest team East of Quebec, sporting a 6-2 record in Conference play. Their offense is lead by running back Dale Wright, who was third in Canada, averaging 128.8 rushing yards per game, and totaled 1,030 yards on the season, leading to AUS Most Valuable Player award, in a league where running backs do not usually rush for more than 1,000 yards a season. When putting the ball in the air, Acadia looks to Cody Cluett, who averaged 227.4 passing yards a game, totaling 1,819, and was seventh best in Canada with 14 touchdown passes. Cordell Hastings is Cluett’s primary target, who totalled 603 total receiving yards, and was second nationally, with 8 touchdowns.

Defensively, the Axemen will call on linebacker Bailey Feltmate, who finished fifth in Canada with 58.5 tackles on the season. Defensive back Jadin White-Frayne will be key, as he lead the country with six interceptions. 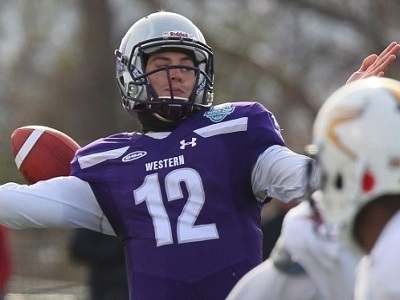 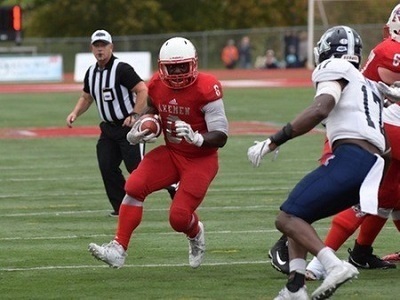 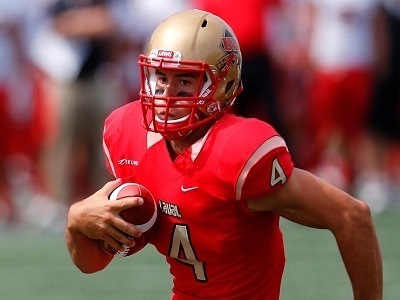 The 2017 edition of the Mitchell Bowl will be a rematch of last years Vanier Cup, as the Hardy Cup champion Calgary Dinos from Canada West will host the Dunsmore Cup champion and defending National Champion Laval Rouge-et-Or from RSEQ.

The Dinos enter this game coming off a last second, 59-yard field goal by Niko DiFonte against the UBC Thunderbird, grabbing them a 44-43 victory.

The Calgary offense is being lead by Quarterback Adam Sinagra, who was ranked nationally at fifth with 305.9 passing yards per game, and fourth nationally with 18 touchdown passes. Sinagra played an integral role in the Hardy Cup win with 344 yards in the air, completing 26 passes and adding three touchdowns. Hunter Karl will be Sinagra’s main target when slinging the ball, as Karl had 187 yards receiving in the win. Rushing, the Dinos are not as dominant as, but still pose a real threat with their lead back Robert Stewart going for 198 yards in this past weekend tilt, and Jeshrun Antwi who lead the Dinos with 61.3 rushing yards per game.

The defense for the Dinos is stout, but can be broken down by a good offense, as they were second in the West with 417.9 yards allowed per game, but boast a ferocious pass rush, leading their conference with 25 sacks on the season. Defensive Lineman Cory Robinson lead the West with 7 sacks this season, followed by line partner Jack McEwen who was third in the conference with 5 sacks. Micah Teitz will also be a key piece on the defense, as he lead the team with 48.5 tackles on the season.

The Rouge-et-Or from Laval come into Alberta, after securing a tight win against the Montreal Carabins, 25-22 at home in Quebec City. Quarterback Hugo Richard, recently named the RSEQ Most Outstanding Player for the season, went 21-29, throwing 225 yards and adding two touchdowns. Richard averaged 273.4 passing yards per game, and threw a total of 2,187 yards for the season, leading his team in both passing touchdowns (11) and rushing touchdowns (7). Rushing wise, Richard poses the biggest threat for the Laval offense, however, running back Christopher Amoah lead the Rouge-et-Or with 348 yards on 48 carries all year.

Defensively, Laval is very sound, allowing six touchdowns in the regular season, and giving up about 308 yards a game. Gabriel Ouellet lead RSEQ with 5 interceptions, and recorded 24.5 total tackles. Defensive Back Adam Auclair lead the team with 41 total tackles, good for sixth in RSEQ.

Both National Semis go down this weekend, with the winners advancing to the Vanier Cup in Hamilton, Ontario on November 25th. For more information about these two games and the National Championship, visit www.usports.ca. For individual team information, you can go to www.westernmustangs.ca, www.acadiaathletics.ca, www.godinos.com, and www.rougeetor.ulaval.ca.